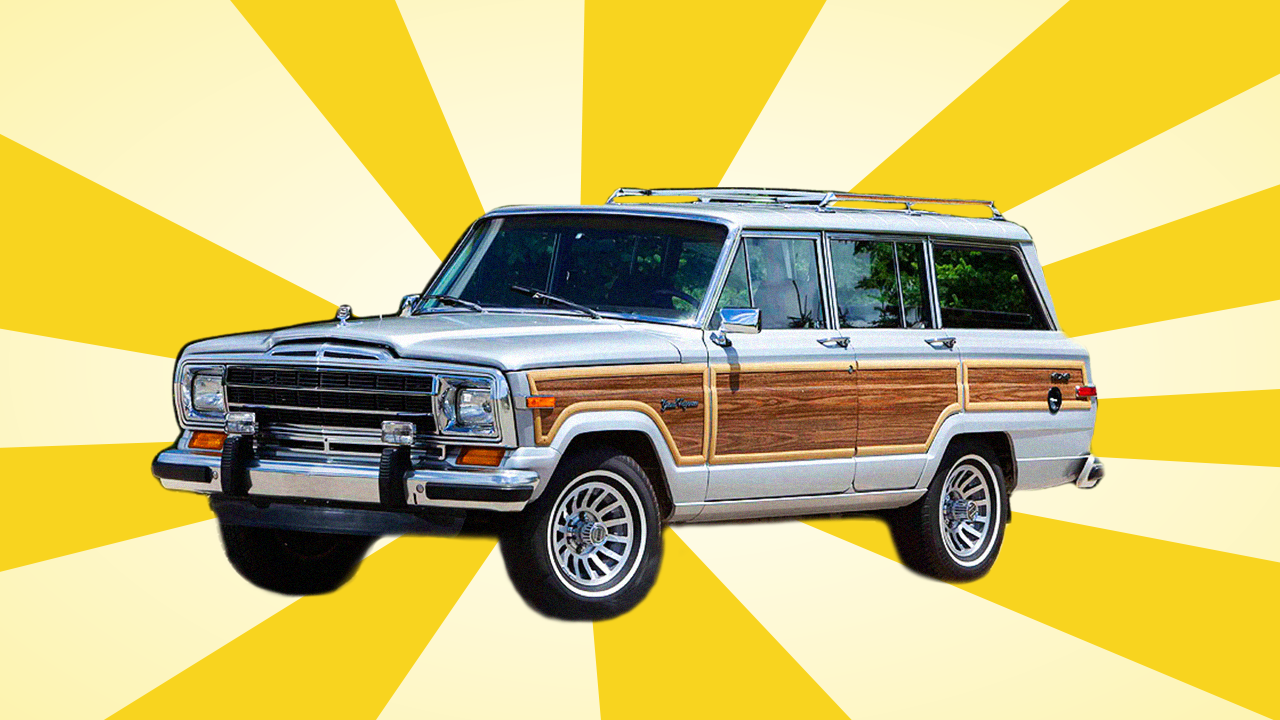 Jeep fans breathed a collective gasp this week as word spread that Chrysler might—just maybe, two years from now—bring the Woody back.

"The Jeep Grand Wagoneer, fondly known as the Woody, is finally returning," said the blog of Autopark Chrysler Jeep, a dealership in Cary, N.C. "And we couldn't be more excited; 2018 is still more than two years away from the time of this post, but we couldn't wait to write about it."

No idea what all this is about? Then you're not among the thousands of Americans who've been in mourning since June 20, 1991, when the last Jeep Grand Wagoneer rolled off the line in Toledo, Ohio. It wasn't just that the 4WD vehicle—widely credited with being the world's first luxury SUV—was tough, powerful and stylish, it was the last Woody in regular production: Jeep decorated the Wagoneer's side panels and hatch with plastic laminate trim that resembled the actual wood panels common to midcentury American cars like the Ford Country Squire.

The "wood" was just a styling gimmick. But oh, how fans miss it. Just ask Jeff Kobs, founder of Wagoneer World, a 15-year-old Richardson, Texas, dealership dedicated to reconditioning and selling old Wagoneers. "It's just a classic, timeless look and an elegant design that draws people in," says Kobs, who recently sold a 1991 Woody for $69,000. "There's something about the wood that's a perfect offset," he said. "When I see a Wagoneer without the wood, it looks naked."

A Chrysler rep would neither confirm nor deny the Woody's rumored return, saying only that the company "unfortunately cannot discuss future product plans." But Kobs said that "there have been rumors for some time" about a comeback, and this time the word seems legit. He's even seen hardcore fans sharing sketches of what they hope the 2018 Grand Wagoneer might look like.

When it introduced the first Wagoneer in 1963, the Kaiser Jeep Corp. combined the ruggedness of a Jeep with the comfort of a sedan and inadvertently invented the sport utility vehicle. A strip of fake-wood trim appeared on the body in the mid-1960s, but not until 1978 would the full-paneled model make an appearance. Despite being a rather kitschy accessory on an otherwise no-nonsense machine, the Woody won fans and, eventually, a rightful place in popular culture. Woody Wagoneers have appeared everywhere from Golden Grahams cereal spots to episodes of Magnum, P.I. (Check out the full roster at "Spot a Woody.")

Incidentally, the most fake wood ever slapped on a vehicle had to be the Wagon Queen Family Truckster, driven by Clark Griswold (Chevy Chase) in National Lampoon's Vacation. It was a modified 1979 Ford LTD wagon, not a Jeep Wagoneer, however. The Family Truckster—not a woody Wagoneer, but plenty of fake wood

Even though Kobs has made a solid business out of restoring and selling old Wagoneers for the last 15 years, he looks forward to the model's return. "I'm excited about it," Kobs said. "There's a wonderful 29 years of heritage with the Wagoneer badge, and I hope they get things right. If they reflect on the heritage and deliver on the promise of a fully modernized vehicle, it's going to be wonderful."

So long as they remember to stick some wood on the side, of course.