Analysts say the 9% drop's timing is likely a coincidence 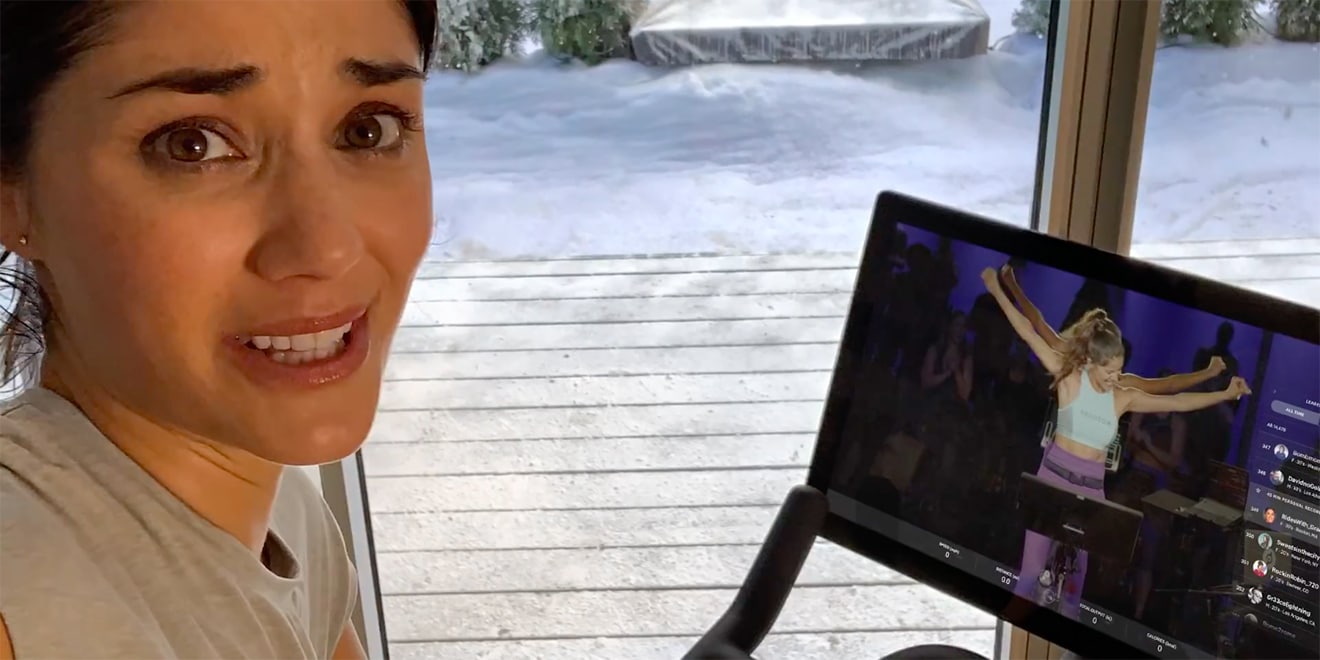 In Peloton's holiday spot, a woman documents her "journey" with the stationary bike, which she received as a gift.
Peloton
Share
By David Griner
|
December 4, 2019
Share

You hate to see it. Or, for the less sarcastic types, you love to see it. Either way, Peloton’s 9% stock plunge on Tuesday was a moment of gleeful schadenfreude for critics of the pricey home exercise brand’s cringey holiday ad.

In the spot, a woman is surprised to find her husband got her a Peloton for Christmas. We then see a video montage that left many viewers with more questions than answers. The ad was met with widespread mockery on social media when it went viral this week, with many pointing out that an exercise bike is a problematic gift in general. (Maybe she requested it, but if so, she certainly seems surprised to the point of disbelief.)

On Tuesday, as the 30-second ad circulated widely and generated headlines across major media outlets like CNN and The Washington Post—which called it “a dystopian fitness inspo hellscape.” But alongside the PR crisis, to which the brand hasn’t yet issued any response, Peloton Interactive (PTON on Nasdaq) saw its price drop 9% from $36.84 at Monday’s close to $33.48 by end of Tuesday. (UPDATE: Peloton on Wednesday issued a response, which you can read at the bottom of this article.)

It’s easy and understandably tempting to blame the ad, which has been viewed 2 million times on the brand’s YouTube channel (where thumbs down are outpacing thumbs up at a rate of five to one) and millions more times thanks to versions uploaded to Twitter.

While marketers love to assign credit or blame for high-profile advertising when it overlaps with big stock shifts, market analysts are often standing nearby with a wet blanket, ready to ruin all the fun.

Sure enough, the problems for Peloton’s stock likely go far beyond an embarrassing ad. Before the spot went viral, you might not have been thinking much about Peloton, whose stationary bikes retail at $2,000 and then require a monthly fee of $39, but stock traders sure were.

Peloton’s stock just went public in September, and since then it’s proven to be one of the only unicorns—aka startups with $1 billion valuations—actually performing well, growing about 36% even after a post-IPO dip. That’s led to it often being described as overvalued, especially as the brand has fallen short of sales goals that analysts felt were overly optimistic.

In other words, the company is bringing in a lot of money by anyone’s yardstick (it expects up to $1.5 billion in sales this year, though analysts predict closer to $1.35 billion), but analysts felt Peloton was being too rosy about its prospects and not focused enough on profitability. When Peloton’s Black Friday sales looked strong, some traders might have seen that as a good time to cash in their chips.

On The Motley Fool, writer Jeremy Bowman makes the case that Peloton’s viral ad likely had little, if any, connection to its stock plunge.

“The movement in the stock is more likely in response to the recent run-up in Peloton shares and the fact that it has become a battleground stock after shares touched an all-time high [Monday] on reports of strong Black Friday sales and a number of bullish comments from analysts,” he writes.

Bowman notes that 66% of Peloton’s stock is sold short, meaning those investors are banking on it falling and further volatility is almost certain.

So while Peloton shareholders decide whether to hang on for a wild ride, the rest of us can at least enjoy the countless solid tweets to come out of the brand’s holiday ad debacle:

when my husband gets me a Peleton for Christmas ........ pic.twitter.com/Z2d3ewMhPu

There is something Big Little Lies about this peloton ad. It is not going to end well. https://t.co/C6LoRjsHFD

UPDATE: Peloton emailed a response to CNBC on Wednesday. It’s certainly not an apology or acknowledgment of its critics, but rather a nod to those who did like the ad:

“We constantly hear from our members how their lives have been meaningfully and positively impacted after purchasing or being gifted a Peloton Bike or Tread, often in ways that surprise them. Our holiday spot was created to celebrate that fitness and wellness journey. While we’re disappointed in how some have misinterpreted this commercial, we are encouraged by—and grateful for—the outpouring of support we’ve received from those who understand what we were trying to communicate.”