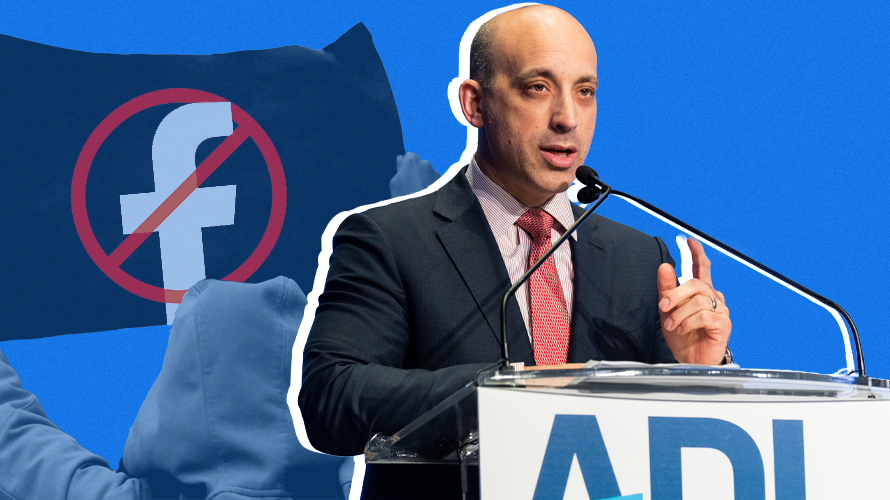 Jonathan Greenblatt has been one of the most visible faces of the Stop Hate for Profit movement. Getty Images, Unsplash, Facebook

During the month of July, the Stop Hate for Profit movement led the largest organized advertiser boycott against Facebook in its history.

It was significant enough to become part of the conversation when Facebook CEO Mark Zuckerberg faced a Congressional hearing last week and, in the company’s latest earnings report, Facebook acknowledged it as a potential headwind that could affect revenue.

The boycott has grown to include more than 1,100 companies, including big-name brands such as Unilever, Coca-Cola, Chipotle and Hershey’s. Most of these brands committed to Stop Hate for Profit’s ask: a 30-day ad pause on Facebook and Instagram during July. But others have expanded it indefinitely, halting organic posting or even boycotting other social media companies like Twitter.

The movement was led by civil rights and advocacy organizations including the NAACP, Color of Change, Common Sense and the Anti-Defamation League. And while the formal U.S. boycott has officially ended, Jonathan Greenblatt, the national director and CEO of the ADL, said that a new ad pause will begin in the United Kingdom. In America, Stop Hate for Profit will “expand” to include different constituencies in the month to come.

Adweek caught up with Greenblatt to discuss the future of Stop Hate for Profit and Zuckerberg’s testimony.

This interview has been edited for clarity and length.

In what ways has this boycott been a success, and how do you think it still has a bit to go in holding Facebook accountable?
The success of this campaign has been unmistakable. We launched this thing about six weeks ago and, by all means, what started out as a simple ad pause really spawned a movement that exceeded our expectations. You’d have to go back to a moment like Cambridge Analytica when Facebook really came under this kind of scrutiny. And it all delivered a collective message to Mark Zuckerberg that was unambiguous: Advertisers do not want their content, their ads, their dollars subsidizing hate.

Facebook did make some concessions—but I don’t think they’ve done enough. They announced a senior role to oversee civil rights because of this campaign. They established a team to stem algorithmic racial bias because of this campaign. And [they] finally released their long-delayed civil rights audit and made a commitment to a new independent audit to track hate content on the platform.

And finally they’ve begun taking action against some of the hateful groups like the boogaloo movement. There are some real wins. None of this would’ve happened if it weren’t for Stop Hate for Profit.

Now, they still haven’t done enough. There are too many groups thriving and flourishing on the platform today. Facebook’s algorithms still recommend horrible, hateful content.

Where does Stop Hate for Profit go from here?
This started out as a simple action and really matured into a movement, and I think this movement will not go away until Facebook makes the very reasonable changes we’ve asked for. This ad pause in July wasn’t a full campaign—it was a warning shot. The company needs to understand that.

For some, indeed this [boycott] will extend. But, it’s going to expand. Most importantly, it’s going to evolve here at home. Another ad pause is not out of the question if Facebook fails to make changes. I’ve had a number of brands say to me, “Tell us when you want to do this again because we’re ready.”