What's the matter with "kids" today … at work? Across our great nation, grumpy middle managers, executives and owners alike are wondering who these fresh-faced, impatient and entitled millennials think they are with all their outsized demands.

I'm here to tell you. 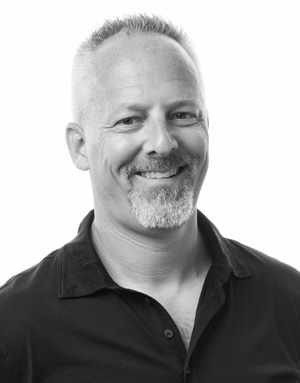 At the intersection of evolving generational values and the empowering nature of new technologies resides a new type of worker, one for whom a j-o-b is supposed to be (gasp) f-u-n. It's supposed to mean something more than just a paycheck.

Perhaps today's millennial salarymen and women are the figurative sons and daughters of Office Space's infamous Peter Gibbons, who put it thusly: "Human beings were not meant to sit in little cubicles staring at computer screens all day filling out useless forms and listening to eight different bosses drone on about mission statements."

Gen X peers, let us not forget: Peter Gibbons is one of us. He said out loud what we were all thinking in the late 1980s, and now, the millennial workplace invasion seems to have adopted his clear-eyed vision as their workaday ethos. Should we really be mad at them? As we seek to recruit, motivate, manage and retain young workers, here are a few things we might want to accept, or even embrace.

It's all about work-life integration

Mad that your twenty-something staffer doesn't alt-tab away from Facebook when you slither up behind her? OK. But how do you feel when she answers your email in seconds at 10 p.m. on a Wednesday? Unlike Gen X icon Allen Iverson, for whom "practice" and "the game" famously were separate, millennials see work and life as an integrated whole, reflective of an ongoing journey to find meaning and money, together. Bring on the nap rooms and the mindfulness classes.

And don't tell me about how "we" didn't get to mix business with pleasure. Fact is we mostly couldn't. If we were lucky enough to have a computer, we didn't have email yet. And if we had a phone on our desk, it didn't dial long distance unless we punched in a code. Many of us even had to log our personal calls. Dude …

Let's face it, when we went to work, we were stuck there. Our desks were where we sat, and we worked (or at least did a good job faking it). If we wanted an illicit break, we smoked, God help us.

Parents are on board

Think millennials spend way too much time thinking about and talking about their parents? Shouldn't they just grow up? You're missing the point. At our agency, as we began to plan for another rousing edition of "Bring Your Kids to Work" day, one millennial employee joked, "Oh, you mean 'The Parade of the Bosses' Kids?'"

What did they want instead? "Parents' Day!" Before you roll your eyes and launch into a rant about how these young employees need to learn to stand on their own two feet while pulling themselves up by their bootstraps, consider this: We tried it. And it was awesome.

More than 100 moms and dads (and grandparents!) joined us in our office the first year, and more than 150 showed up for the second. Coming to Chicago from as far away as New York and San Francisco, these engaged "olds" (many of whom were, sadly, about my age) joined their kids for a half-day program comprising media agency basics, a parenting panel, a job shadowing segment and one of the most rip-roaring happy hours in agency history. Want to engage and retain your millennial employees? Maybe start by wooing their parents.

LinkedIn is the scoreboard (and the switchboard)

Here's another path to engaged millennial employees: show them explicitly how their current job responsibilities will translate into a more robust LinkedIn profile. (Full disclosure: LinkedIn is a client.) That's right—help them write their digital resumes by clearly spelling out the skills they're gaining by working for you.

Wait, what? We're supposed to help our millennial employees advertise themselves to other prospective employers?

Whereas those of us over 30 likely spent the first five years of our careers buried in cubicles laboring to gain intel and contacts across our broader industry, millennials are plugging into the LinkedIn matrix on Day One (or before) and thereby gaining an immediate window on the job market.

This is a genie whose bottle is broken, folks. LinkedIn offers our young colleagues and charges a kind of career scoreboard that they love to light up. And by helping them do so, we're not only keeping them happy and engaged, we're also burnishing our own reputations as managers and employers.

They don't know the rules

Forget everything else I've written—which is easy to do if you're as old as I am—and remember this: If you want your millennial employees to act, work or dress a certain way, you may just need to tell them.

The unwritten rules of the workplace are gone. Jos. A. Bank and Brooks Brothers are no longer the unofficial haberdashers of the first job. Headphones are the new fedoras. And the mass of millennials don't go home to change before they head "out for the night." They're already stylin'.

Contrast that with when I landed my first "real" job in 1989. I knew how I was expected to dress: just like my father did. Dark suit. Red-ish tie. Muted shirt. No hats indoors. No headphones over my ears as I walked to the fax machine. No vintage high-tops or uncommonly cool Stance socks adorning my calves. The rules were the rules, and they had been that way for generations.

We did not make personal calls during work time. We did not manage our daily fantasy sports games or our nightly Netflix-dates from our smartphones. We did not eat fragrant sushi or food-truck enchiladas at our desks. These things weren't done. Hell, in many cases, they didn't exist!

Today's young employees likely enter the workplace without a monolithic notion of how things are supposed to be. Dress codes are many and varied, if not nonexistent. Rules and customs around social media and personal phone calls and meals aren't ironclad; they vary from company to company and job to job.

Millennials don't march into our offices with native notions of how things are done here. They're neither dumb nor rebellious. They're new, just like the rules. So if you expect things to be done a certain way, be explicit. Don't assume they know. They don't.

Granted, given their desire for work-life integration, they're likely to resent rules that are too constricting. Which might lead them to call their parents to complain. Or to update their LinkedIn profiles …