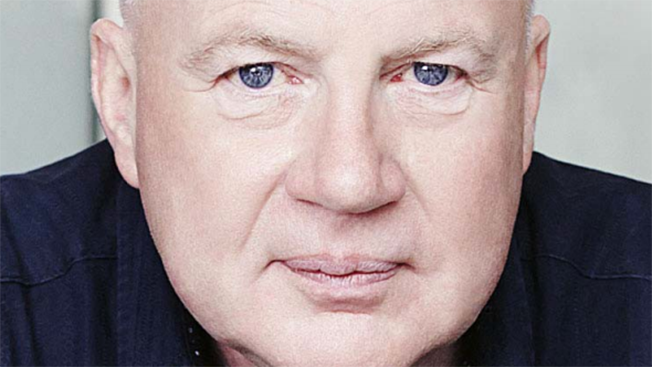 These are just a few of the many terms being used to describe Saatchi & Saatchi chairman Kevin Roberts' recent comments on women in advertising, and the chorus of angry voices is likely to continue growing.

This week, when asked about the ongoing industry discussion of gender balance and the need for more women in leadership, Roberts told Business Insider "the fucking debate is all over." He pointed to Saatchi's 65 percent female employee pool and parent company Publicis Groupe's 50-50 total gender split as signs that gender bias is no longer a problem.

UPDATE 1: Publicis CEO Maurice Lévy has issued the following written statement about Roberts' comments: "The opinion expressed by Kevin is neither shared nor supported by myself or the Groupe. It is his own, expressed in his unique and provocative way and does not reflect the Groupe opinion or policy."

UPDATE 2: Roberts has been placed on a "leave of absence," with both Lévy and Saatchi's worldwide CEO disavowing his comments.

Roberts defended the lack of women in high-level roles by essentially saying that women are often happier in lower-level positions because they lack the "vertical ambition" of men.

"I'm just not worried about it because they are very happy, they're very successful, and doing great work," he told Business Insider's Lara O'Reilly. "I can't talk about sexual discrimination because we've never had that problem, thank goodness."

"I think she's got problems that are of her own making," he told Business Insider. "I think she's making up a lot of the stuff to create a profile, and to take applause, and to get on a soap[box]."

Kat Gordon, founder of The 3 Percent Conference—an industry diversity event named for the perennially low ratio of female creative directors—tells Adweek that Roberts is bafflingly wrong about the state of gender balance and how women are treated in the workplace.

"Just this week, The 3 Percent Conference started analyzing over 500 responses we got about sexism and gender bias in the ad world as a result of our 'Elephant on Madison Avenue' survey. I can say with complete statistical backup that Mr. Roberts is wrong about gender bias being solved in the ad world," Gordon said.

"He's wrong about Cindy Gallop making up stories to desperately seek the spotlight. And he's wrong to speak for a demographic to which he doesn't belong," Gordon continued. "I know that Cindy speaks the truth because I, too, hear stories about sexual harassment and gender bias in agencies on an almost daily basis. In fact, within the last two years, I was contacted by a plaintiff's lawyer to provide testimony against a male CCO at an agency in the Publicis network being accused of sexual harassment. These things are happening. Women who speak up about them do not have issues of their own."

"I hope Mr. Roberts will recognize his mistake and make a sincere public apology to Cindy Gallop and to the women within the Publicis network," she said.

25 yrs ago I was an ad agency receptionist. Today I'm the CEO. I'm much happier in the c-suite, thanks all the same. https://t.co/Mf9OWKEAuS

Seriously @krconnect? If I were CMO @ P&G I would be questioning your understanding of my core consumer #doesntgetit https://t.co/pxrBKpG6h5

How do all the women working for @KRConnect feel right now. Down trodden? Ignored? : Gender Diversity a Nonissue https://t.co/qJw9pfnkQt

In fact, the comments have sparked widespread criticism from women and men at all levels of the advertising and marketing industries:

Embarrassed for you, @KRConnect. You are what I seek to avoid in this industry. https://t.co/vCAXUtXrEx

Tone deaf and clearly not watching us. Of course we want to lead in all industries. Idiot. @KRConnect #CEO https://t.co/vtEu6Fz7sr

When we finally do reach gender equality I'd like a woman to declare it, thanks @krconnect. This is laughably weak: https://t.co/o7P1kbCPGj

@cindygallop @KRConnect @GMPaiella What if clients boycotted agencies who had this kind of nonsense spewing from their leaders?

@becbrideson @cindygallop @KRConnect He created a hashtag of his own name, yet claims Cindy is all about self promotion.

Dead wrong @krconnect – ad agency leadership looks too much like a blanched chickpea, and predominantly male at that! @cindygallop

@KRConnect #GenderDiversity is not merely a matter of 46.4 as a flat head count. **Where** in the ranks we appear is of great import too.