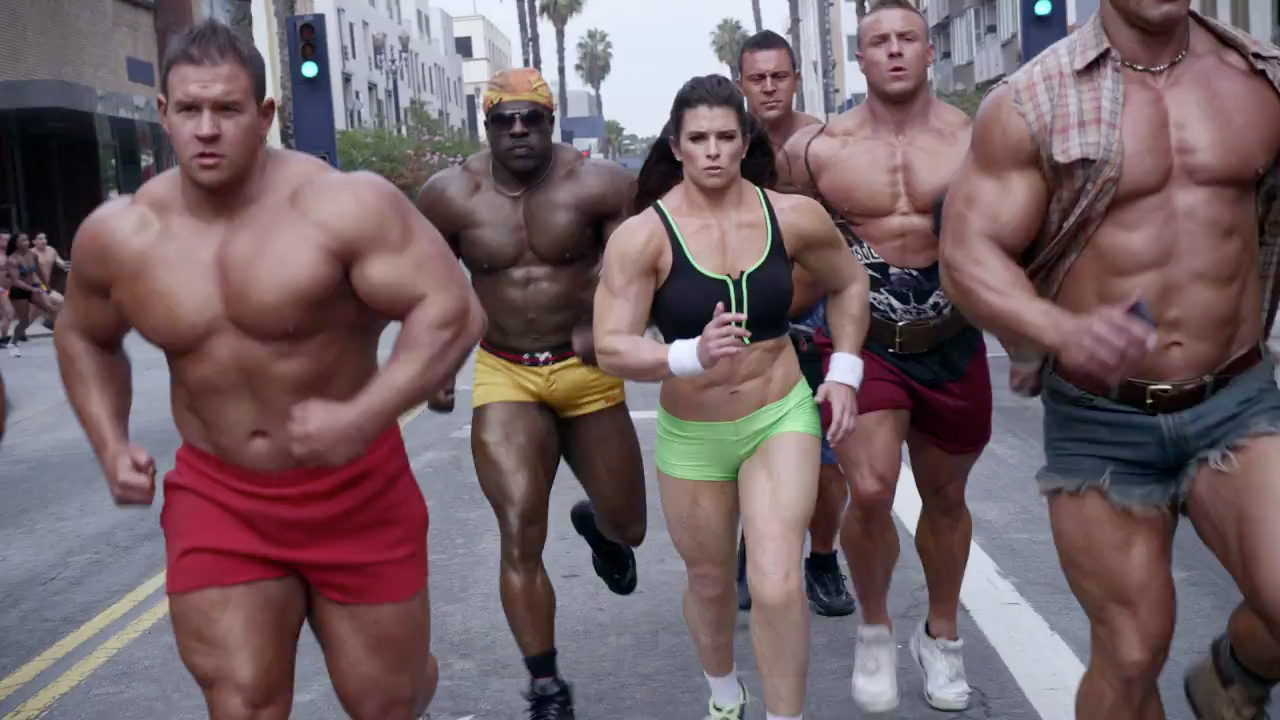 GoDaddy, which this fall promised no more sleazy Super Bowl commercials, still shows plenty of skin in its first ad for this year's game—but it's mostly male, and it's absurdly pumped up.

The Web-hosting company on Wednesday rolled out one of its two 30-second spots for Super Bowl XLVIII, titled "Bodybuilder." Unlike most of its Super Bowl work since 2005, which was marked by provocation and sexual innuendo, this year's spots are meant to be different in two respects: They focus on what GoDaddy does to help small businesses succeed online; and they show women as smart, successful small-business owners rather than scantily clad sex objects.

The plot of the new spot is simple: Bodybuilders race through a city, eventually converging on a spray-tan business—whose female proprietor uses GoDaddy to help her "Get found. Get business," as the on-screen copy says. Raising a spray-tan pump as she surveys the crowd outside, the woman utters the tagline: "It's go time."

The spot also stars longtime GoDaddy spokeswoman Danica Patrick, who plays one of the bodybuilders, thanks to a muscle suit created by Legacy Effects. (Images of a pumped-up Patrick first leaked from the shoot back in December.) This is the racecar driver's 13th GoDaddy Super Bowl ad—she's done more Super Bowl spots than any other celebrity.

The spot, set to air during the second half of the Feb. 2 game, was created by Deutsch in New York and directed by Bryan Buckley. GoDaddy will have a :30 in the first half as well.