Converse Unveils the Chuck Taylor II. Here’s What It Looks Like, and How They’ll Market It

Famous sneaker gets an upgrade, but it's optional 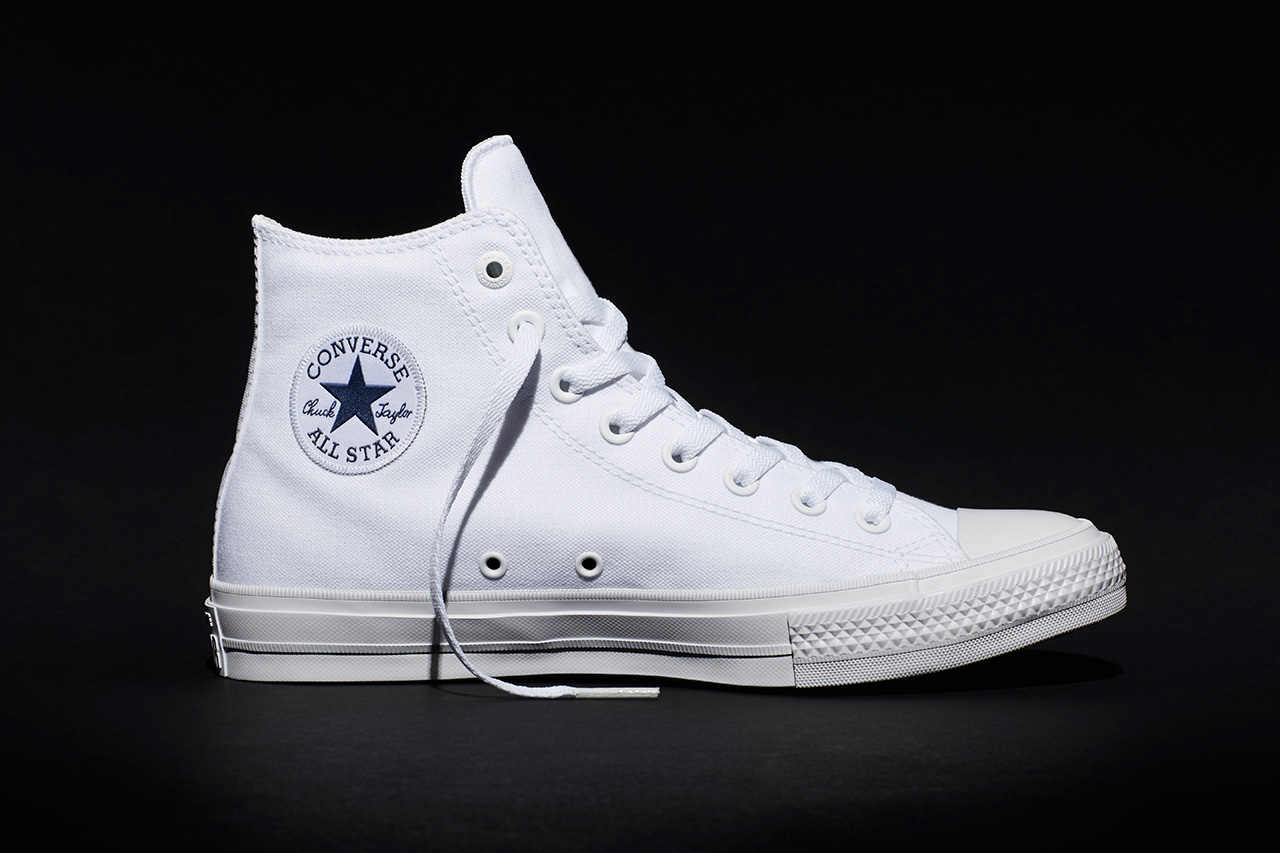 Dubbed the Chuck Taylor All Star II, the line extension marks an effort by Converse to update the shoe for contemporary consumers, while retaining the basic attributes that have made Chucks exceedingly popular, particularly with artists, musicians, designers and other members of the creative crowd.

"The Chuck is nearly 100 years old, and for the most part, it's basically the same sneaker that it's always been," Geoff Cottrill, Converse's vp and general manager of brand and segments, tells Adweek. "We've been spending a lot of time in the last two, three, four years with consumers, asking them, What do they need from us, what do they want?"

Specifically, Converse queried fans what features would get them to wear Chucks "24 hours a day, seven days a week, 365 days a year," says Cottrill. 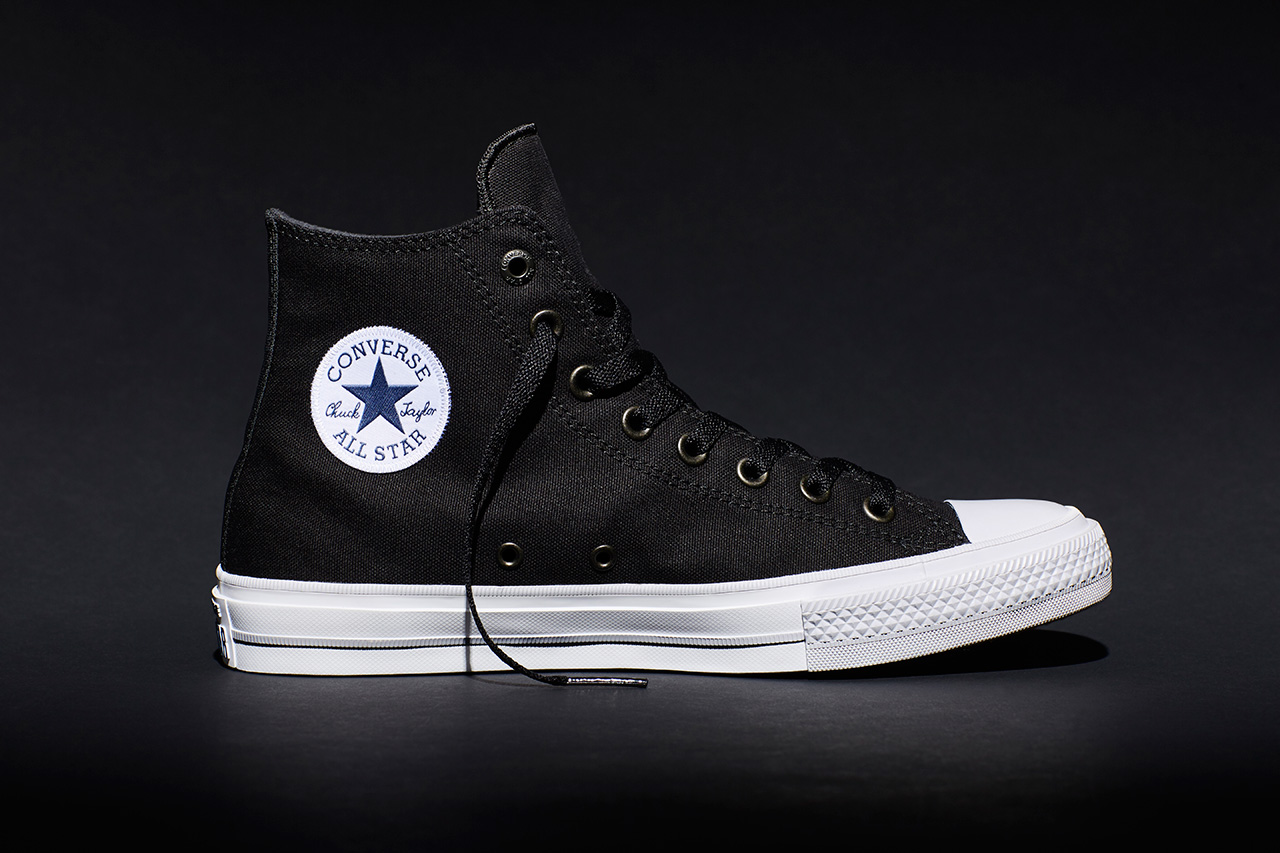 Not surprisingly, improved comfort was a key request, and the Chuck II aims to please via Nike's Lunarlon foam cushioning and extra arch support, as well as a non-slip tongue and perforated micro-suede liner, which lets the shoe "breathe" during extended periods of wear.

"I don't think about it as a rebirth or a restating," says Cottrill. "I look on it as a step forward. Brand and product have to evolve over time with consumer needs in the marketplace. … This isn't a radical change at all."

Indeed, the men's, women's and kid's iterations of the Chuck II are instantly familiar.

"It is a perfect time to introduce this new shoe," says Matt Powell, a sports industry analyst at the NPD Group. "We have seen major advances in lightweight and comfortable materials in the last few years. The original Chuck Taylor is stiff and heavy. This new shoe will improve both weight and comfort."

Andy Annunziata, vp of retail solutions and analysis at SportsOneSource, agrees. "From a fashion perspective, it's a fabulous idea," he says. "It's a hot category. 'Lifestyle-Fashion-Athletic' is trending well right now."

Last week, Converse teased the Chuck II, creating enigmatic clips that showcased the "II" in unexpected ways. In one spot from Mr Div, the Roman numerals form a dizzying retro-Dr.-Who-style undulating tunnel. In another from Joe Hamilton, the "II" was rendered in bold illustrated form against a rugged landscape in which the only movement came from ragged clouds covering the sun and the surging water of a lonely stream.

An Anomaly campaign tagged "Ready for More" will support the Chuck II when the shoes go on sale worldwide next week. The work will use all media channels "short of TV," says Cottrill.

It will run in conjunction with Anomaly's "Made by You" campaign for the classic Chuck line. Launched in March, that initiative mixes images of regular folks wearing their Converse sneakers with portraits of Chuck-clad celebrities such as actress Joanna DeLane, musician King Tuff and artist Ron English. Immersive 360-degree images were achieved via Google's Cardboard virtual-reality platform.

Naturally, the Chuck II ads will be designed to appeal to Converse's core creative audience. "I'd go so far as to say that the creative world is responsible for who we are today as a brand," notes Cottrill, though Converse also plans to cast a wide net. "The Chuck is one of those brands that spans multiple generations and all kinds of demographics. So, this isn't the kind of product we're going to target against one particular demographic." Several sneaker brands have been retooling lately. Both Adidas and its Reebok unit launched major campaigns this year, touting their gear as the perfect fit for average folks dedicated to competing and keeping fit. And Keds this week introduced a Taylor Swift-driven brand platform with a female empowerment theme.

Converse's move runs deeper, as it doesn't just refine the brand message but also extends the company's flagship sneaker. Cottrill says he isn't concerned about diluting the brand and winding up with a New Coke situation, because the Chuck II "takes the core elements of the classic Chuck Taylor and just enhances them."

And of course, the classic model is here to stay. "Not all consumers want a new Chuck. Some people think it's the most comfortable sneaker in the world. We don't plan to take that away," Cottrill says. Converse has seen an upswing in recent years, boosting revenue 6 percent (14 percent on a constant currency basis) to $435 million in revenue for its fourth quarter ended May 31. For the full fiscal year, revenue rose 18 percent (21 percent in constant currencies) to $2 billion. (Verifiable sales figures for Chucks are hard to come by, but Annunziata says the brand currently ranks among the top five in U.S. athletic footwear market share, according to point-of-sales data compiled by SportScanInfo.)

"We have a tremendous amount of positive momentum in the marketplace right now," says Cottrill. "At the same time, there are some consumer opportunities and consumer needs. We plan to meet those needs."