Courageous is now a year old 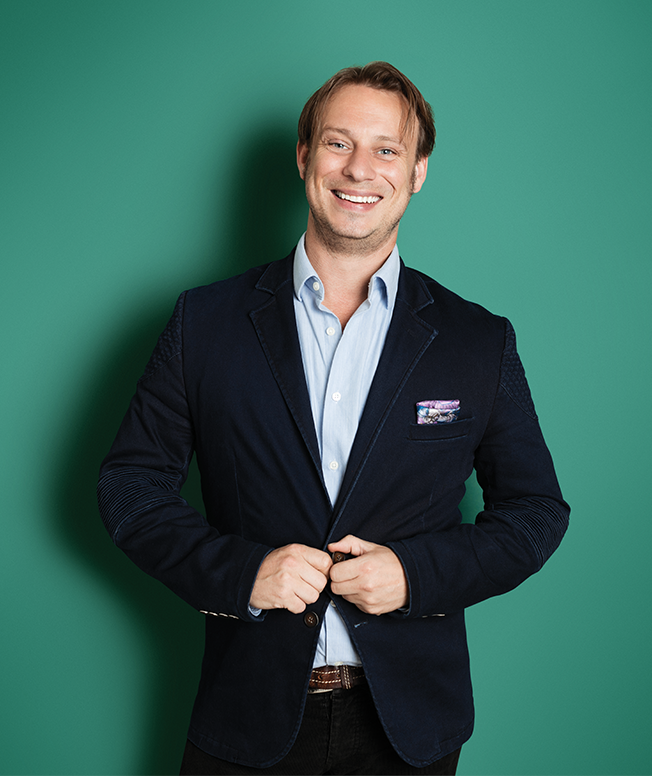 Otto Bell: Content is king and distribution is god? I'll leave those trite clichés aside. I've learned that it's great to have distribution, and to know that the work you produce will be seen as both a blessing and a responsibility. It's wonderful to know that what you're working on will have a large reach. But especially when you're producing for CNN, you do have this responsibility to make sure the work you do is additive. Those three little letters of "CNN" kind of give you that instant and immediate attention of the audience. … It's kind of like a game of milliseconds now. So CNN will win you that audience attention, but the flip side is you've got to pay that trust back with really strong work.

What are some of the brands you've worked with and the projects you've done?

It's everything from paint to personal finance, from movie studios to technology. We touch pretty much a lot of the industries. We started off with some of the entertainment brands: Warner Bros., HBO, some of the people who are in the business of storytelling. Subaru, HPE, eBay, Intel. We just signed one of the biggest-ever beer deals for CNN Digital. And then we've got video game manufacturers.

How would you describe the Turner breed of branded content? How is the DNA of CNN embedded inside of Courageous?

I would say we know what we don't know. Our focus has been mostly in the nonfiction, docu-style space. Conan has some of the best comedy writers in the world, so Turner doesn't need the Courageous team to be writing sketches. We haven't done that much in the scripted realm, and I think that's a very particular place to play. Each of the entertainment products tends to require specialists. Where I think we've been successful has been in this nonfiction side of things, but within that I will say the team is very good at putting on a lot of different sets of clothes.

What's your process for developing a branded project?

When a job comes in—actually even when an RFP comes in—we'll assign one of our directors, our producers, a former journalist that's an Emmy- or Murrow-award winning journalist, we'll put them at the heart of a story to quarterback the story from the get-go, and they'll remain with that story through its development, through its sale, through its preproduction. Then they'll be the one to obviously go out and shoot it and direct it, and then they'll come back and help edit it and will also be there when it goes live, seeing how it performs, measuring it, A/B testing it and then bringing all that learning and experience back to the beginning again.

How do you measure success?

What it is that the brand is looking to achieve is really how we measure ourselves. But then also, for us, we care very much from a qualitative perspective. We care about the editorial merit of the work that we're doing. Is this piece of work additive to the conversation at large? Does it provide some kind of utility? Does it lead to understanding? Does it lead to a previously underexplored territory? Is it funny? Are we proud of it? Is it something that we want to send to our friends and parents? Breaking new ground is important as well. If the work that we were doing a year ago is all that we're doing a year from now, to me that is not what success looks like.