If you were sleeping, you would have missed it 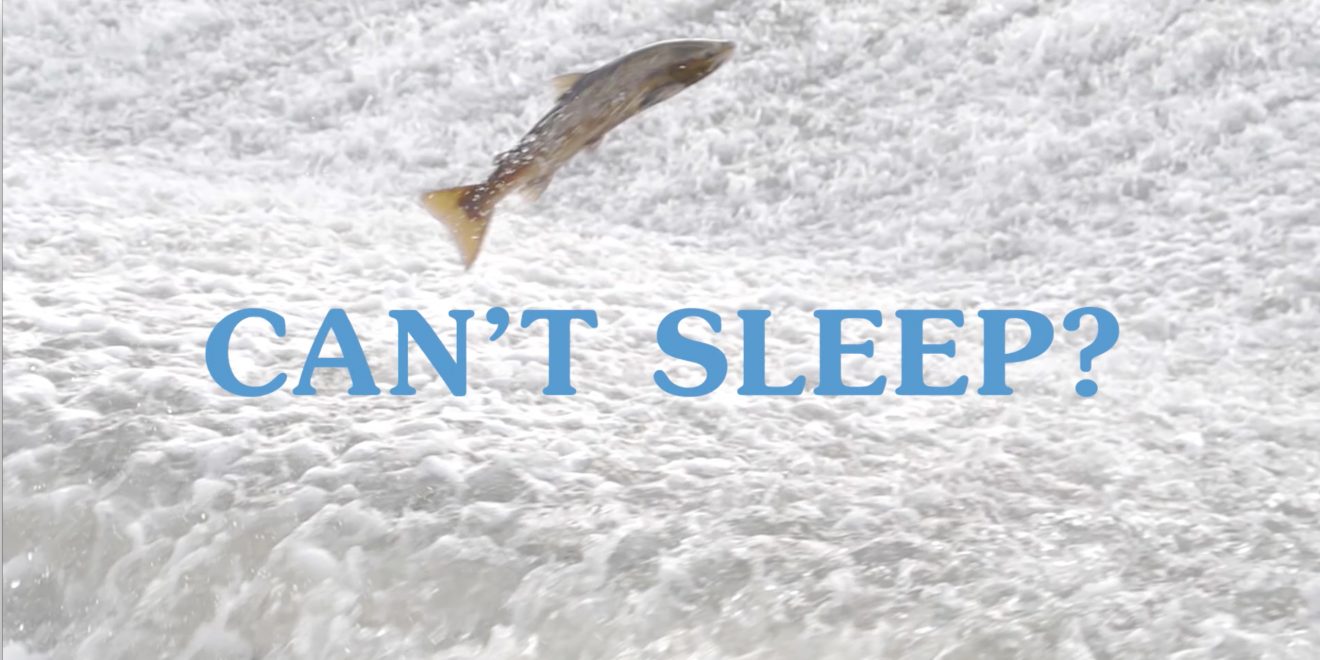 So, how’d you sleep last night? If you said “lousy” (or “I didn’t”), you could be among the 10 percent of Americans with chronic insomnia. Or maybe you were just up too late stressed about something, slumber eluding you once again.

Either way, mattress brand Casper was looking to reach you. In case you missed it, here’s what happened:

At 2 a.m., TNT, TBS and AMC began airing a series of bizarre 15-second spots with “Can’t Sleep?” superimposed over nonsensical footage—a salmon jumping upstream, time-lapse video of plants sprouting—set to what can only be described as 1970s-era elevator music with a hint of porno-film soundtrack. Nine seconds in, a toll-free number appeared at the bottom of the screen.

Before we continue, a word about Casper: Founded in 2013, the New York startup is on a mission to shake up the mattress industry. Casper bills its $950 high-tech mattress (essentially, a sandwich of latex and memory foam) as “a perfect sleep surface,” and it cuts out the middleman by shipping direct to customers for a 100-day free trial. The brand’s sleek presentation and irreverent humor—clearly aimed at the affluent, millennials or both—has won it plenty of attention. In 2014, it partnered with Uber on a mattress-delivery weekend. Last week, the company climbed into bed with Tesla and The Standard hotel to create a hipster crash pad at South by Southwest. Casper, in the appraisal of CNN, has “made buying a mattress cool.”

So then: Bizarre video clips set to cheesy music touting a toll-free hotline for insomniacs? It was totally in keeping with the wee-hour realm of local ads and infomercials and totally in character for Casper as a brand.

“Our goal was to couple the escapism of sleep with the bizarre nature of dreams and the eerie solitude of late-night insomnia,” explained Casper’s vp of communications and brand engagement Lindsay Kaplan. “We wanted to catch people during overnight hours with hypnotic and surreal creative, so it was produced in a way that fit right in with the offbeat commercials of 3 a.m.”

For those who actually called the number, things got even more surreal.

“Hello. Can’t sleep?” said a sympathetic-sounding, vaguely British voice, which ushered callers into a phone tree that was weird even for a dreamscape. Its nine options included pressing 3 “to travel back in time to the 1990s,” 5 to listen to “a motivational speech,” 7 to “learn the history of the cocktail wiener” and 8 to “go out to breakfast.”

Without spoiling things for those who haven’t called—the number is still up and running—the options lead to sound effects and voice recordings that range from dippy to clever. Many of them feature Casper employees who, incidentally, created all this stuff. The brand worked with no ad agency and generated all the video and content in house.

The TV spots themselves don’t carry the Casper name and, notably, only the last phone-tree option (No. 9) brings the caller closest to an advertising message for Casper itself. And even then, it’s not very close. After being patched in to a “conference call with the marketing team that came up with this ridiculous idea,” callers eventually hear an insecure-sounding sales rep, John, who rambles for several minutes about how much he loves mattresses before finally revealing Casper’s actual sales line: (888) 498-0003.

All of which raises the obvious question: Will this very bizarre, very amusing stunt really sell any mattresses? Well, maybe. And close enough seems fine with Casper, which is clearly more interested in creating buzz that will eventually lead to mattress sales than creating a sales pitch for mattresses. As Kaplan explained it, while the company’s competitors “use marketing jargon and manufactured specifications to manipulate consumers, Casper wants to focus on the escapism of sleep, the absurdity of dreams and the pleasure of a life well slept.”

By the way, she added, once you’re done contemplating those themes, Casper has “designed the best mattress on the market”—and, of course, representatives are standing by.