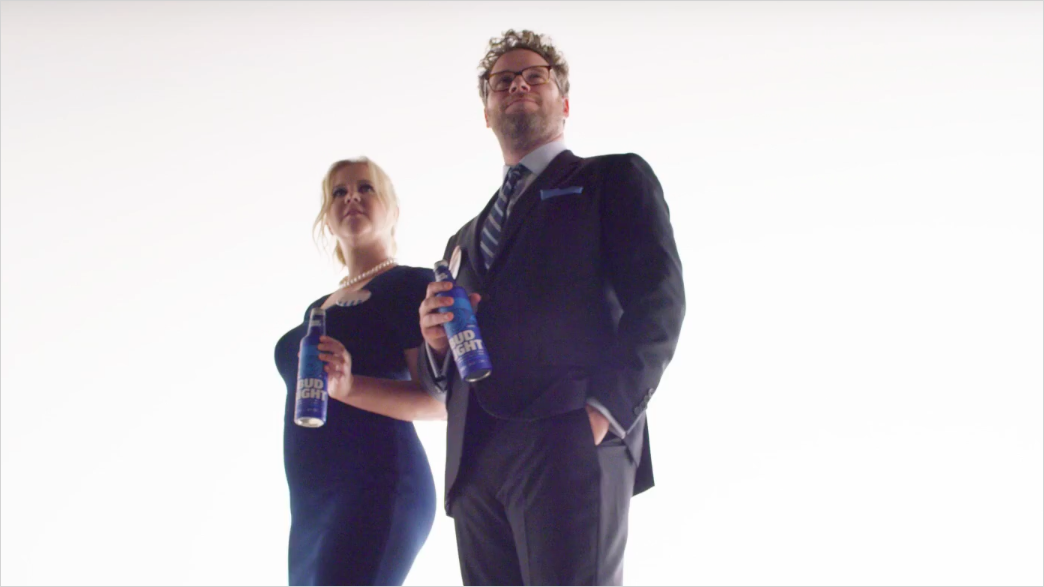 Bud Light is getting in on the election hype.

The Anheuser-Busch InBev brand today launched a 30-second teaser for its upcoming Super Bowl commercial introducing what it is calling "The Bud Light Party," with Amy Schumer and Seth Rogen. The duo will star in the brand's politically themed campaign through November's election to get consumers who can't agree on politics to agree on drinking Bud Light.

This is the brand's first work from Wieden + Kennedy, which assumed responsibilty for Bud Light's creative work from BBDO last summer. The campaign is meant to position Bud Light as an inclusive, positive and fun brand.

"Obviously the most talked about thing for the year will be the election, and that's how we came up with the whole campaign I.D. of 'The Bud Light Party,'" said Bud Light vp Alexander Lambrecht. "Now, we want to be very, very clear that we are not a political party. We absolutely have no intention to be. We are creating 'The Bud Light Party' as a brand platform."

This campaign also introduces a new tagline for the brand: "Raise one to right now."

"What we like about it is that the 'Right Now' captures consumers' desire to live in the moment, as well as 'Right Now' is that opportunity for people to write their own future and create their own future," said Lambrecht. "And obviously the 'Raise One' speaks to the social, inclusive nature of the category and, most importantly, of the brand."

While Schumer and Rogen will be the faces of "The Bud Light Party" campaign, other celebrities will join them throughout the year, including Ronda Rousey and Michael Pena.

"Who is a better representation of the humor that is incredibly relevant right now than Seth and Amy?" asked Lambrecht. "So when W+K presented the first articulations and creative expressions of the campaign, Seth and Amy were on the top of the list because they are very current, relevant, very real. They stand out because they have a very outspoken and unique style and people love them."