Brie Larson (l.) and Awkwafina avoid all responsibilities and attend to their villages. Nintendo

Turns out Academy Award-winning actress Brie Larson is just like the rest of us. Her latest partnership with Nintendo shows she’s doing the exact same thing as the rest of the world in 2020: playing video games in her pajamas.

In the spot, Larson shows viewers that games such as Animal Crossing can be both a distraction from reality and a platform to connect with loved ones. She loses herself in the game during a work call, but she also reminisces with her sister on the good old days, when the two rushed to finish their homework right after school so they could finally play together.

In a relatable ode to the realities of quarantine, Larson shows the world how her Nintendo Switch has become a part of her “me time.”

“This year I’ve been forced to rethink my approach to self care, unwinding and my relationship… with my Nintendo Switch,” she joked in a related ad on Instagram.

Animal Crossing has seen major growth this year, partnering with brands such as Ikea and Gillette to mirror this year’s social justice advances and providing an escape from real life in 2020. Between June and August, Nintendo’s newest iteration of the popular Animal Crossing franchise was its most popular game, with 10.6 million copies sold, bringing total sales to 22.4 million. It was also the most-tweeted-about game in the first half of 2020.

As part of the campaign, Nintendo also debuted an ad last week featuring Nora Lum, known more commonly as Awkwafina, who shared her love for Animal Crossing and Mario Kart. The comedian, actress and apparent gamer made her debut in the marketing world earlier this year through a Comedy Central takeover on the 7 train, which resulted in 36 million media impressions.

The two ads work together to showcase the mobility of a Nintendo Switch, which they showed can be played anywhere from a tour bus, dressing room or living room couch. 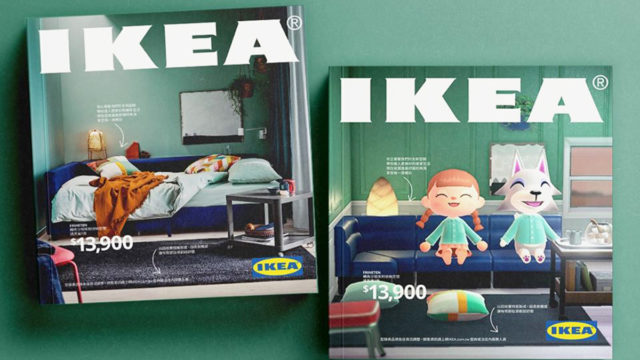 Read Next: Ikea Adorably Recreated Its Catalog in Animal Crossing