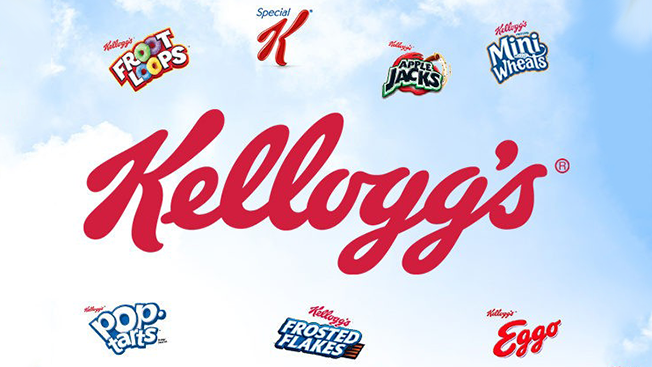 Following Kellogg's announcement on Tuesday that it would be pulling ads from Breitbart, the "alt-right" news organization created a campaign encouraging its readers to boycott the company.

The maker of Pop-Tarts, Apple Jacks and Rice Krispies came under fire for ads on the site after President-elect Donald Trump appointed former Breitbart chairman and white nationalist Steve Bannon as his chief strategist.

"We regularly work with our media-buying partners to ensure our ads do not appear on sites that aren't aligned with our values as a company," Kris Charles, a spokeswoman for Kellogg's, told Bloomberg of its decision to remove its ads from Breitbart.

Charles continued, "We recently reviewed the list of sites where our ads can be placed and decided to discontinue advertising on Breitbart.com. We are working to remove our ads from that site."

In response Breitbart, which noted that it had 45 million unique visitors in the last month, told the Associated Press that Kellogg's decision was "to its own detriment."

"Kellogg's decision to blacklist one of the largest conservative media outlets in America is economic censorship of mainstream conservative political discourse," said a rep for Breitbart in a statement. "That is as un-American as it gets."

Its campaign against the company took off on Twitter, with many of the site's readers saying that they would no longer purchase Kellogg's products.

Kellogg certainly isn't the only company to stop advertising with Breitbart. Allstate, Nest, EarthLink, Warby Parker and SoFi, among others, have also cut ties. Two ad-tech players, Tube Mogul and Rocket Fuel, have also said they would stop the site's access to ad dollars through their networks.

The company has yet to respond to Breitbart's boycott. A rep for Kellogg's did not immediately respond to a request for comment.

The only effective way to protest these companies is to stop buying their products. #DumpKelloggs pic.twitter.com/RIDnak3N5E

Others have noted that, given Breitbart's campaign against the company, their support of Kellogg:

Hmm it was a tough decision but I think i've decided to choose Pop-Tarts, Pringles and Cheez-its over sexism and racism #dumpkellogg

Yeah I'm going to #DumpKelloggs… into a GIANT bowl, pour in some milk and NOSH like there's no tomorrow – you fuckin' inbred GOP hicks!