Brands Have the Power to Chip Away at Mental Health Stigma, but They’re Not Using It

They’re coming at it with too much hesitancy still Brands are positioned in a way where they can incite change around mental health if they actually tried to.
Getty Images
Share
By David Armano
|
May 15, 2019
Share

May is Mental Health Month, and it seems that not long ago, the topic of mental wellness would be considered taboo in casual conversation, let alone public discourse.

Stats aside, there’s an intuitive sense that trends in culture and society seem to be teaming up to chip away at our collective mental well-being. On social networks, we’re either debating strangers about issues we disagree on or being bombarded with images/videos depicting the “perfect life.”

In today’s hyperconnected society, children are particularly vulnerable. Cyberbullying, for example, can lead to devastating consequences when children who already feel alienated are further ostracized and backed into a corner. On Instagram, a counter-trend is emerging that favors hyper-realistic photos and candid posts in place of idealized imagery that may induce FOMO. Mental health has become an issue of life and death with a broader societal impact that affects all of us. Mental health is an issue whose time in the mainstream has come.

If brands are willing to do this with some emotion, empathy, nuance and depth, they may find themselves making a much-needed positive impact.

And brands have started to take notice, though the question of how remains a bit elusive.

It was only a few months ago that Hulu partnered with the creators of the “World Record Instagram Egg,” an invention that captured the intrigue of millions on Instagram, ultimately revealing a message that addressed our state of mental health. “Recently I’ve started to crack, the pressure of social media is getting to me,” a post read.

Hulu’s approach to raising awareness of mental health issues was pretty safe, if not conservative, falling into the sponsorship category, with the World Record Egg doing the heavy lifting, and supported by the legitimacy of Mental Health America. While respectable, Hulu could have done more. Maybe it’s time to bring back the egg in one of their ads and put in on rotation during the month of May.

It’s probably no surprise that this May, Instagram itself is drawing attention to mental well-being. Joining forces with The American Foundation for Suicide Prevention, Instagram launched a campaign featuring several influencers who have a connection to mental health and are igniting a conversation using the hashtag #RealConvo. In an era where we are bombarded with the pressure to “live our best lives” on social media, Instagram has some skin in this game. And it is this deep desire for more honesty and authenticity that was likely the inspiration for Burger King’s hotly debated “Real Meals” campaign, which raised awareness around mental health issues through a partnership with Mental Health America. So which was it: a playful dig at a competitor or a culturally relevant way to raise awareness around mental health? BK was going for both. And the challenge in Burger King’s execution is that while it serves as a both as a conversation starter on mental health (a good thing), it also muddies the waters by conveniently taking a shot at McDonald’s to make headlines.

The fact that many have embraced Burger King’s stunt is telling. A lot of people are ready for more awareness around mental health issues, even when it’s not approached perfectly. In fact, mental health is a bit of a broad and messy set of topics so, we can’t expect sterile and sanitized communication around it to make an impact, never mind grab people’s attention.

So, should brands continue to engage around mental health issues? Given the state of culture, they may not have a choice. Most modern brands understand how to create, influence and reflect culture all at once. It is the ability of a brand to do these things well that makes it highly relevant in culture. And so, we find ourselves at a time in a culture where mental health issues like anxiety and depression, issues that were once whispered about, are now being brought out in the open. The challenge (and opportunity) for brands goes beyond merely igniting a dialogue about mental health but lies in sustaining a meaningful commitment to the numerous issues that make up the big tent of mental health. It will be up to the brand to pick which specific issues it feels it has the right and conviction to participate in—and there are many to choose from.

But as helpful as it is to have a month dedicated to the broad topic of mental health, this is an issue worth taking on in a culture that seems to be craving it, especially if it helps chip away at the remnants of social stigma. If brands are willing to do this with some emotion, empathy, nuance and depth, they may find themselves making a much-needed positive impact in a culture that’s ready for some real talk around issues of mental health and well-being. 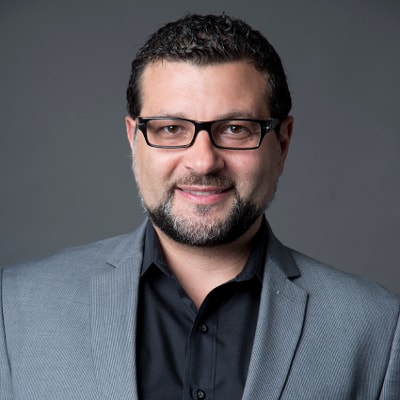