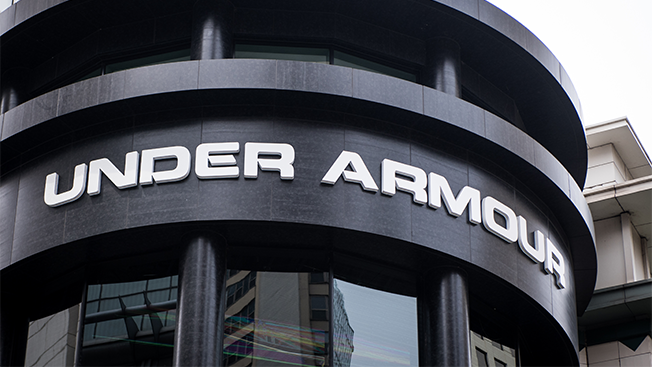 After years of playing the activewear underdog, Under Armour is ready for a greater share of the spotlight.

The brand will be opening a massive storefront in the iconic FAO Schwarz location on New York's Fifth Avenue, site of several memorable scenes in Tom Hanks' 1988 comedy Big. The space is one of the world's most expensive retail spaces, according to a November 2015 report from WWD. It has remained empty since Toys "R" Us closed FAO Schwarz just over one year ago, but it is expected to become home to the new Under Armour location as early as 2018.

"The newest Under Armour Brand House was announced today with landlord Boston Properties: 767 Fifth Avenue, a nearly 53,000-square-foot space in one of the most recognized retail areas in New York City," a brand spokesperson told Adweek in a statement. "In a few years, Under Armour will offer the ultimate retail destination experience that delivers on the promise to make all athletes better."

The brand's other big retail announcement today was a partnership with department store chain Kohl's, which will begin selling Under Armour products in its stores in 2017. It will serve, at least in part, as a replacement for The Sports Authority, which was once a significant seller of Under Armour products but filed for bankruptcy last year before announcing plans to close all of its existing stores.

During Under Armour's Q2 earnings call this morning, CEO Kevin Plank called the Kohl's partnership "the next step in our strategy to reach new consumers." He added, "One of the top retailers of activewear in the US, Kohl's has a large and loyal consumer base, the majority of which are women shoppers."

"I am absolutely thrilled to announce our new partnership with Under Armour," said Kohl's chief merchandising and customer officer Michelle Gass in a statement. "We greatly admire what Under Armour has accomplished in creating a powerful and successful brand that has really changed the Active industry. This brand launch builds on other notable investments we've already made in our Active business."

Under Armour reported a 28 percent sales boost for the second quarter of 2016 but still posted a disappointing decline in overall income thanks, in large part, to the collapse of the Sports Authority partnership.

"This decision to reach new consumers through Kohl's is not a channel consideration but a consumer consideration," said Plank during the call. "We want to reach our consumer where they expect to find Under Armour product and will continue to partner with the retailers that provide us the opportunity to showcase the Under Armour brand."

He then called the Fifth Avenue location "one of the most recognized and high trafficked areas in all of New York," adding, "Our plan is to build the most breathtaking and exciting consumer experience ever conceived at retail."

These announcements reflect upon Under Armour's ongoing attempt to position itself as one of the top brands in the global athleticwear industry. It surpassed Adidas in overall U.S. market share in January 2015, and it has reported 20 percent or higher growth levels for 25 consecutive quarters.

In January, Under Armour's stock dropped due to concerns that it might be losing some of that momentum, with various analysts noting a need to increase the company's presence in the female activewear market. The Kohl's partnership could potentially help to alleviate such concerns.