CPG and automotive jump aboard 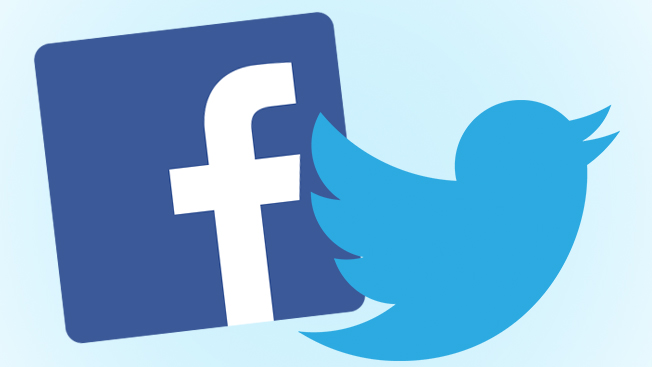 Twitter and Facebook are killing it with mobile ad sales right now chiefly because they are expanding their customer base from smaller direct-response and app-install players to big brands, according to industry observers. While Facebook is clearly out in front of Twitter in terms of getting packaged goods and carmaker spends (see graph below), increasing business with such deep-pocketed marketers will likely be key to each of their long-term futures.

"[Facebook is] getting these CPG companies—the Cokes and the Pepsis and the automotives —to look more seriously at their mobile advertising products," said Rebecca Lieb, an analyst at Altimeter. "I think we are going to see a continuation of this for at least the next year or two."

Twitter yesterday reported that it raked in $224 million in mobile ad sales during the second quarter, up from $180 million in Q1. The newest figure also represents a 36 percent jump compared to 2013's fourth quarter, when the social media platform brought in $165 million. The San Francisco-based tech company will achieve more than $800 million in mobile ad revenue if it keeps the pace it has set in 2014 so far. Facebook's Q2 mobile ad sales were 34 percent greater compared to Q4 2013, and it could draw a whopping $6 billion from the marketing category with a strong finish to the rest of the year. 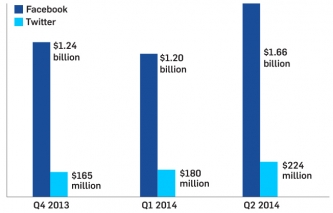 "It is difficult to reach consumers on their mobile devices, and the Twitter and Facebook feeds represent two of the better opportunities for advertisers to do that," said Jim Anderson, CEO of tech firm SocialFlow. "Put another way: Attention follows eyeballs, and money follows attention."

And so, they follow brands such as Heineken, Tide, Charmin and McDonald's, which have invested in paid ads on the social-mobile platforms. (Neither Facebook nor Twitter categorically break out, as one example, their number of CPGs vs. e-tail advertisers.)

"Everything is moving mobile as our agency is seeing a huge lift in mobile ad spend and response rates when comparing our client data from the end of 2013 to Q2 2014," said Dinesh Boaz, managing director and co-founder of Direct Agents. "Both Facebook and Twitter are positioned so well for the mobile paradigm shift that the surge in revenues comes as no surprise."

Well, they will for a while—but probably only as long as the data warrants the spend.

"They are going to have to answer to the results," Lieb from Altimeter said. "And I know that Facebook is very assiduously working with its largest advertisers to help them craft really compelling mobile campaigns."