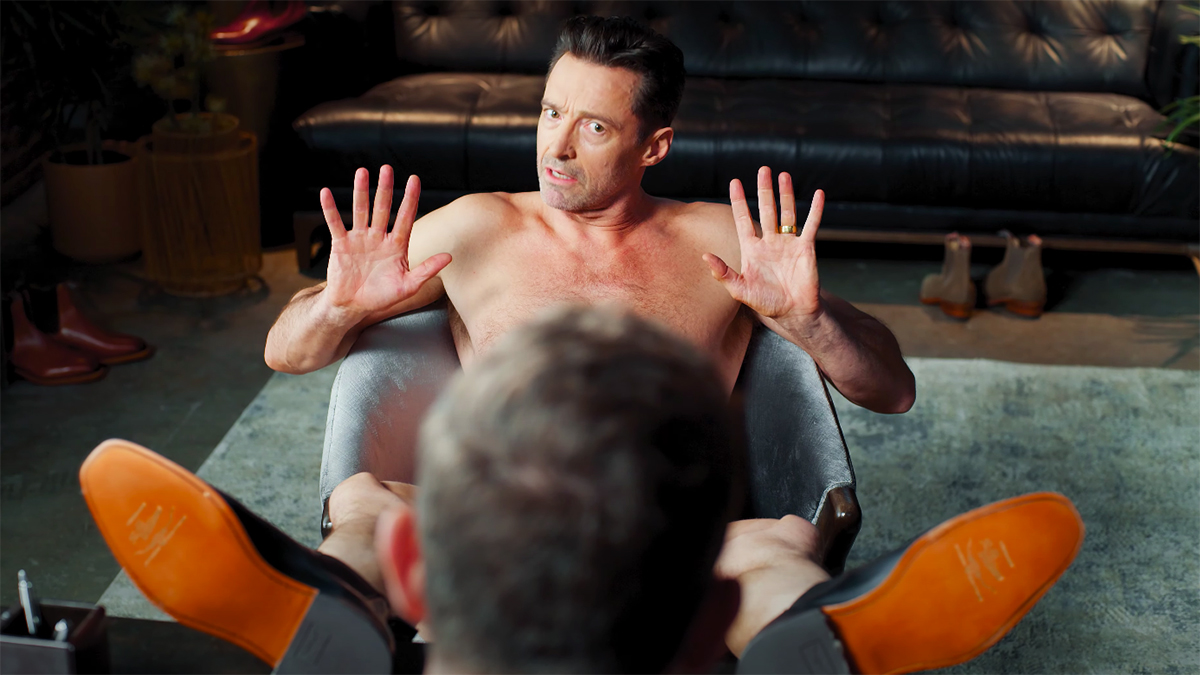 When stars sign on to endorse an apparel brand, they sometimes make a pledge not to be seen wearing anything else. But that usually just applies to competing products, not giving up clothing entirely—a distinction that seems lost on Hugh Jackman in the newest ad from his frienemy Ryan Reynolds’ content studio, Maximum Effort.

Just a few short weeks after Jackman appeared in an ad made with Maximum Effort (and narrated by Reynolds) for his charity-centric coffee brand Laughing Man, the famed actor returns in another collaboration. This time, Jackson is joining up with R.M. Williams, a nearly century-old bootmaker based his native Australia.

The ad shows a rather uncomfortable meeting between Jackman, the brand’s new “global boot ambassador,” and an R.M. Williams executive who gets an up-close and personal view of the full… endorsement package.

“2020 has been an uncomfortable year,” said R.M. Williams CMO Mat Hayward, “and we’re hopeful that in addition to highlighting the comfort and spirit of R.M. Williams boots, our latest brand effort will bring a uniquely Hugh Jackman bit of laughter and joy.”

Jackman has become an increasingly consistent presence in the world of celebrity-backed ads, likely thanks in part to his close association with Reynolds—Adweek’s 2020 Brand Visionary.

Here’s a look back at some of Jackman’s work promoting his coffee brand, as well as Aviation Gin and his 2017 film The Greatest Showman: