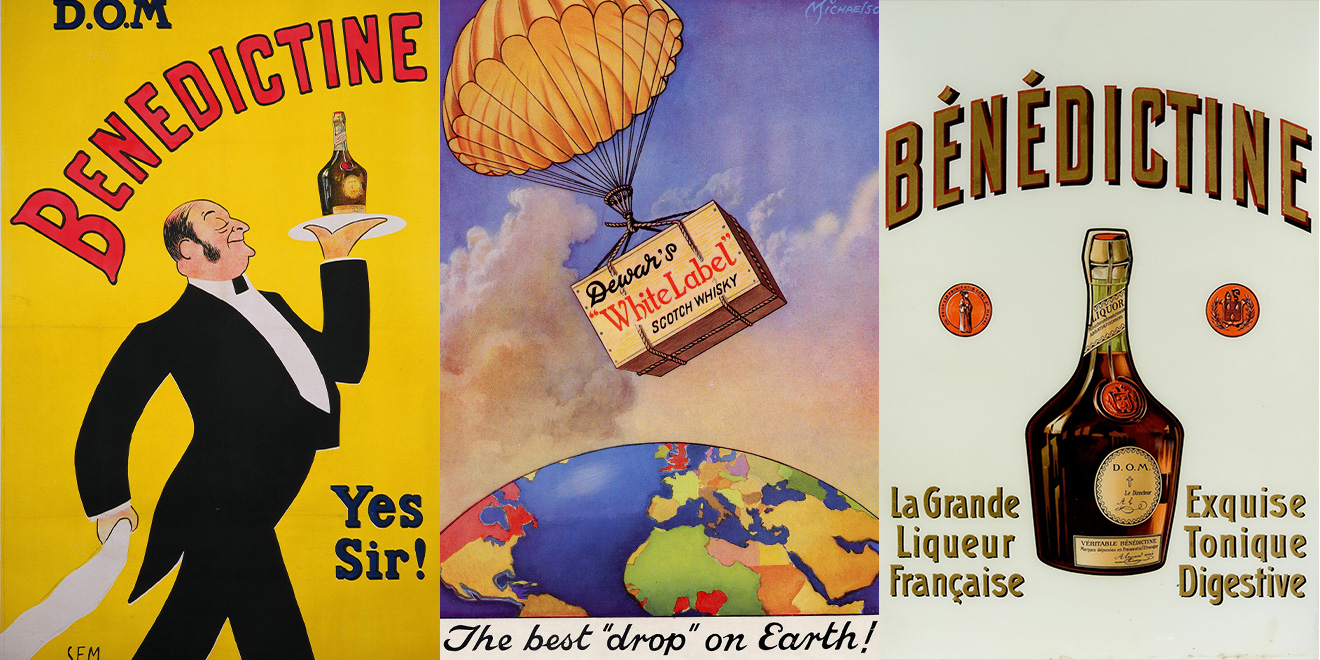 During the dark, dry days of Prohibition, Americans crammed by the thousands onto ocean liners plying the route between New York and Havana—“whoopie cruises,” they were called. The purpose? A little sun and surf, perhaps, but the main objective was drinking. Specifically, the parched masses wanted a highball, a Bacardi Cocktail or any of the other trendy libations that the rum brand’s mixologists had invented or popularized.

Ratified in 1920, the 18th Amendment was a gut punch to the Bacardi family, who’d started distilling rum on the island in 1862 and eventually established a huge presence in the United States. But Bacardi survived Prohibition, as we know, and one of the ways it did was a fiendishly clever bit of marketing. American tourists stopping into the Bacardi Bar at 261 Avenida de Bélgica in the Cuban capital took free postcards to send home to stateside friends and relatives. The cards featured beautiful pieces of commercial artwork Bacardi had commissioned to add glamour to its already exotic concoctions. One of them beckoned consumers to leave the “dry lands” of America and head down to Cuba.

“They were trying to keep their name visible in the United States,” explained Jacqueline Seargeant, Bacardi’s global corporate archive manager. “Each advert is like a time capsule to its period in history. It tells you a bit about our brand, but also a bit about the broader culture—the drinking styles of the time.”

Now that Prohibition-era artwork and other vintage Bacardi ads are back—not, alas, in a breezy Havana bar, but on Instagram. Old ads played up the swank and exotic trappings of Cuba to appeal to Americans.
Bacardi

Bacardi has dipped into its corporate archives and pulled out several of its classic ads ranging from the early 1900s to the 1950s, posting them on Instagram in all of their full-color glory. As a twist, on Friday the company will post black-and-white versions of these ads to let consumers color (and hopefully share) as they wish.

The company’s corporate archives are famously huge, incorporating not only its long history of making rum but also materials from the many other brands in the Bacardi stable, including Dewar’s, Martini and Grey Goose. The repository is also secretive. While Bacardi routinely taps into its faded ephemera as a means of inspiring its R&D and marketing teams, the general public rarely gets to see the goodies. So why can they see them now?

In a word: coronavirus.

“Right now, people are looking for entertainment and to be creative,” said Bacardi global communications director Jessica Merz. “We wanted to keep our brand front and center in a fun way. And we’re seeing trends of people looking for arts and crafts and puzzles and coloring books.” And since the brand’s old magazine advertisements were all drawings that lent themselves to being colored, it was only logical to use them for their original purpose. Starting Friday, Instagram users can color the ads in themselves.
Bacardi

Merz is correct about Americans who are sheltering in place being desperate for entertainment. As of the end of March, puzzle and game companies were reporting big increases in orders. According to data from NPD Group, Q1 sales for the U.S. toy industry grew by $256 million to reach $3.6 billion, a 7.6% increase. In early April, toy brand Ravensburger reported that its puzzle sales were up by 370%. Online platform Etsy has also reported a surge in interest in games that people can play at home.

It’s no accident that the coloring-book versions of these antique ads will come paired with a matching drink recipe. After all, Americans aren’t just bored enough to play games in the living room; they’re doing a fair amount of imbibing, too.

For the eight-week period in March and April when Covid-19 most heavily influenced consumer behavior, sales of spirit alcohol surged 33%.

“Over the past four weeks through the week ending April 25, 2020, online sales are up between five- and six-fold compared to the same periods one year prior,” said Danny Brager, Nielsen’s svp of beverage alcohol, in a written statement. “Largely, this relates to a huge increase in the number of buyers going online to buy.” Merz added that the overall increase in Americans cooking at home has seen a tangential rise in people playing home bartender, too. “[Along with] being creative in the kitchen, people are trying to make new cocktails. For us, this is a natural thing to share, and we’re happy with the response,” she said.

Sales increases notwithstanding, the Covid-19 epoch has been rough on many brands, even the alcohol ones, since even brisk household sales can’t make up for what’s been lost with the closure of bars and restaurants. Nonetheless, Merz is confident that Bacardi will weather this storm. After all, in its 158 years of making rum and other elixirs, the Bacardi family business has weathered earthquakes, wars and Prohibition, not to mention cholera and the Spanish flu. “We’ve seen it all, and we’ve been able to survive because we’ve been innovative in our marketing,” Merz said.