Are the Salad Days Over for Single-Item Restaurants Like Crumbs?

Cupcakery's failure shows how a hot fad can burn restaurateurs 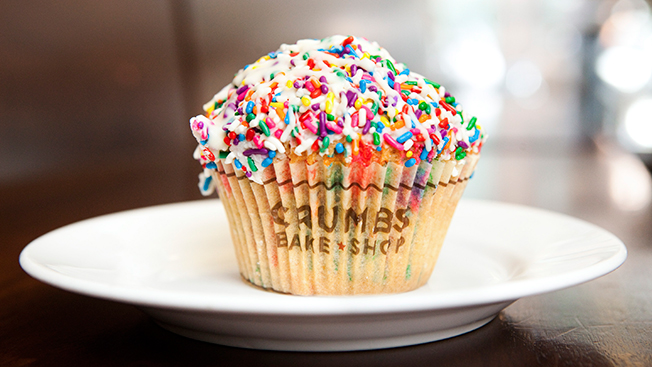 Yesterday, the remaining assets of the once-proud restaurant chain called Crumbs went into a bankruptcy auction. TV host Marcus Lemonis scooped up—forgive us—the crumbs left from Crumbs for $6.5 million. Lemonis hopes to revive the cupcake outpost, albeit as a different and smaller version of the 48-unit, 12-state chain that collapsed suddenly last month, leaving many to wonder how an eatery that was so popular could disappear so fast.

As it turns out, there were many reasons for the crumbling of Crumbs, ranging from supply issues (Crumbs relied entirely on contracted commercial bakeries) to an ill-starred IPO in 2011. But Crumbs’ biggest problem might have been those cupcakes. In restaurant parlance, the chain was a single-item concept, and the restaurant’s failure has led some to wonder if that business plan is really as good as it sounds. As Technomic analyst Darren Tristano was quoted as saying recently, “a cupcake shop today can’t survive on just cupcakes.” Adds Atlanta-based menu consultant Nancy Kruse: “Single-item franchises are a very tricky proposition.”

Not that such common sense has hindered the onslaught of single-item joints— which AOL Food dubbed “one of the hottest food trends for 2014.” To name just a few, there’s Potatotopia (just potatoes), Empire Biscuit (just biscuits), Flex Mussels (just mussels) and Puddin’ (just pudding). Mac Bar will serve you just macaroni, and S’Mac dishes up just macaroni and cheese. And if you’re too chicken to try any of those, head for The Nugget Spot, which makes only chicken nuggets.

“Remember French fry shops? And popcorn?” he said, “Even a diverse collection of edibles needs to, well, diversify.” Wolf points out that a restaurant’s very viability depends in large part on selling customers more than what they came in for. You know, variety? That's an impossible feat if there’s only one thing on the menu.

Clark is also referring to the long list of restaurants that have gambled on a single-item menu and paid the price in one form or another.

New Yorkers might remember a chain called Daily Soup, which served gourmet varieties of its namesake commodity and expanded all over Manhattan in the late 1990s. But that chain—along with copycats Souperman, Souperdog and Soup Nutsy—pretty much evaporated. Legendary deep-fried donut chain Krispy Kreme also went on an expansion binge in the late 1990s, building 4,000-square-foot stores that the company called “doughnut theaters”—except that not enough people came.

Then there were the single-item, mall mainstays of the '80s and '90s: the cookie-only Mrs. Fields, the fro-yo only TCBY and the pretzel-only Pretzelvania and Mr. Pretzel. These days, Fields (which went bankrupt in 2008) and TCBY are roughly half their former sizes. Pretzel Time got folded into Pretzelmaker in a consolidation four years ago.

This isn’t to say that single-item doesn’t have its merit. A limited menu lets operators control costs and focus on making one dish great. But as Kruse pointed out, “[even] successful product specialists are no longer truly specialists.” Starbucks—which started out serving just coffee—now offers sandwiches, salads and breakfast items. Dunkin Donuts' menu board is heavy with meals that have nothing to do with donuts. And Krispy Kreme—which rebounded in 2013 after 14 quarters of red ink—has survived in large part by focusing on its coffee offerings.

Maybe the best argument against the wisdom of single-item eateries might just be the food itself. As Village Voice blogger Billy Lyons pointed out earlier this year, “the men and women behind these operations … have worked in some of the city’s top dining destinations, yet we’re only seeing a fraction of what they can do.” Cities, Lyons added, “are swimming [in] miniature restaurants. Let’s consider a little variety.”