His roles were phased out after new global CEO's arrival 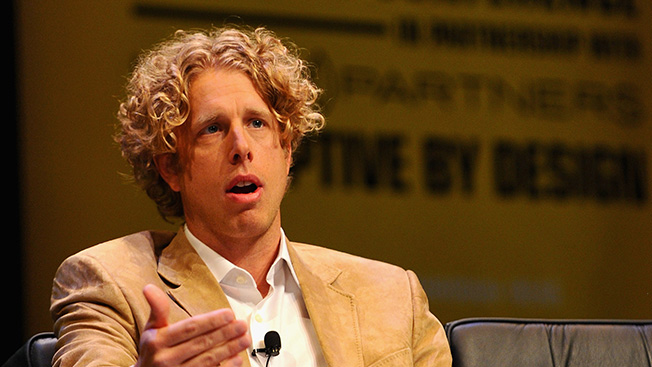 Andrew Keller is leaving Crispin Porter + Bogusky after the agency eliminated his roles as both executive creative director and CEO.

In addition to being CP+B's top creative, Keller, who has spent 17 years at the agency, was also named CEO in 2010. That role switched to a U.S. focus with Senecal's arrival and has since been eliminated. In June, CP+B president Steve Erich also left the agency after 11 years.

Sources tell Adweek that Keller, who will exit around Labor Day, has not decided on his next move.

Keller's official statement, sent via agency officials, was rich in praise for the current team and leadership: "CP+B has been such a gift to me. And now with everything firing on all cylinders, it's my time to step away."

Agency chairman Chuck Porter explained the change this way: "It's all about the work. We looked at everything and realized that having an overall creative head at the agency doesn't produce the best work. The best way to do that is give creative autonomy to the agencies directly engaging with the clients."

Porter said Keller's CEO position never included P&L and bottom-line responsibility. "It was more of a strategic and creative role," he said.

Senecal said looking at CP+B's management structure has been a top priority in recent months.

"Over the past few months we've worked to create a much more modern agency to do the best work," Senecal said. "In looking at agency roles, we asked, 'Are they directly contributing to that?' If not, let's get rid of them. We don't want to slow things down."

Porter said the agency has been adding new creative leadership around the network, causing the work to be getting "visually, measurably" better. Ralph Watson was named CCO of CP+B in Boulder, Colo., in April 2014; Kevin Jones was appointed ecd of CP+B Los Angeles in December 2014; and Dave Buonaguidi became CCO of CP+B London in June.

"All of our new business has been really well distributed across our offices," Senecal said. "We've empowered the autonomy of our local offices, which should be run by local entrepreneurs and not just be an extension of [CP+B headquarters] Boulder. It's an impassioned group with a common mission and incredible esprit de corps."