Amazon’s First Ad for the Echo Spot Is About Togetherness, Not Shopping

Ties that bind, made digital 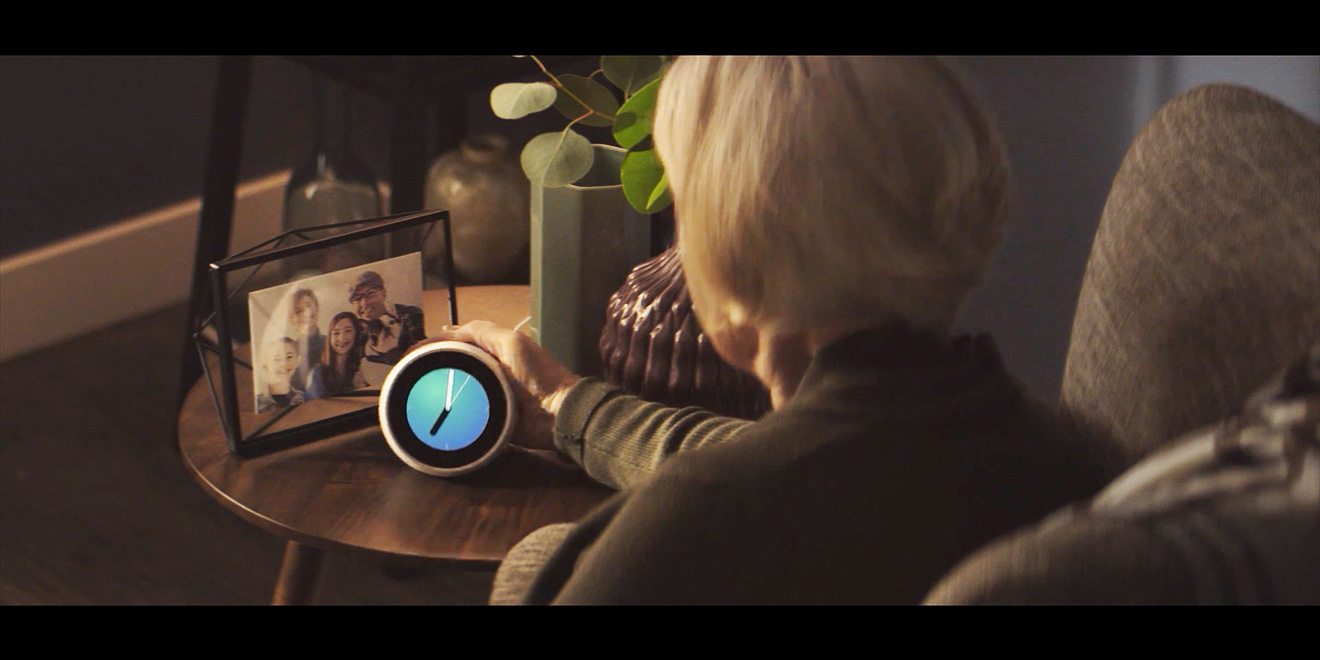 Ah, Alexa. The voice assistant that, like Amazon, wants to be your everything. But “everything” isn’t really a position.

With Apple’s Siri going (Rock!) hard on facilitating your sassy lifestyle, and Google plying people with donuts to get them used to making even the most banal voice-based demands, where does one put Alexa, the amenable voice that animates Amazon’s Echo products?

Amazon may have found the sweet spot. In “Be Together More,” a promotion for the Echo Spot, it focuses on one core functionality—video calls. And its “in” on the subject is both heart-rending and practical.

The ad sets a timely scene in the period just after the holidays, when an older woman hugs her big family goodbye and finds herself alone again. (Aren’t we all?) While contemplating the yawning abyss of her own solitude, the doorbell rings—convenient!—and she finds one last gift: an Echo Spot.

What a treasure. She need only set the device on a nearby table and say “Alexa, call home” to be reunited with those whom she treasures. It’s snackable quality time, human connectivity made as simple as popping a TV dinner in the microwave.

The advantage to this positioning is that it gives the Echo Spot a convenient place to sit between Amazon’s other voice-powered products, like the pared-down Echo Dot and more lifestyle-oriented flagship product Echo, whose formidable size and shape were perhaps too nicely emphasized last June in Times Square.

In contrast, the Echo Spot is diminutive, aesthetic and reassuringly familiar. It looks a lot like a clock, making it approachable for the less tech-inclined. All this enables Amazon and users to focus more on how it can add immediate value to a life.

Even if you account for the fact that finding your entire family miraculously gathered on the other end of a spontaneous call isn’t that realistic, the message passes smoothly: Giving a grandparent a sense of easy access to those she loves is a lot nicer than, say, giving her a robot.

In its video description, the brand assures viewers that setting up the Echo Spot for video calls is just as easy as you see here; “all you have to do is ask.”

“Setting up the device is a breeze—simply plug it in, select your language and WiFi, and Echo Spot is ready to go,” Amazon promises. “Just ask to see the weather, news, set alarms, listen to music, audiobooks and more.”

Or make like E.T. and just phone home. Things are better when they’re pared down to one simple message, aren’t they?