One day in 1920, a man named Bill Doak stopped in to the Rawlings sporting goods store in St. Louis and changed baseball forever.

Doak was a pitcher for the Cardinals, a team that the Rawlings brothers, George and Alfred, had been fitting out with uniforms and baseballs since 1907. Like all players, Doak’s non-throwing hand wore the standard gear of the era—which was, essentially, just a flat leather glove. But as Doak explained to the Rawlings, catching a baseball would be easier if someone connected the space between the thumb and index finger with some leather webbing to create a pocket. 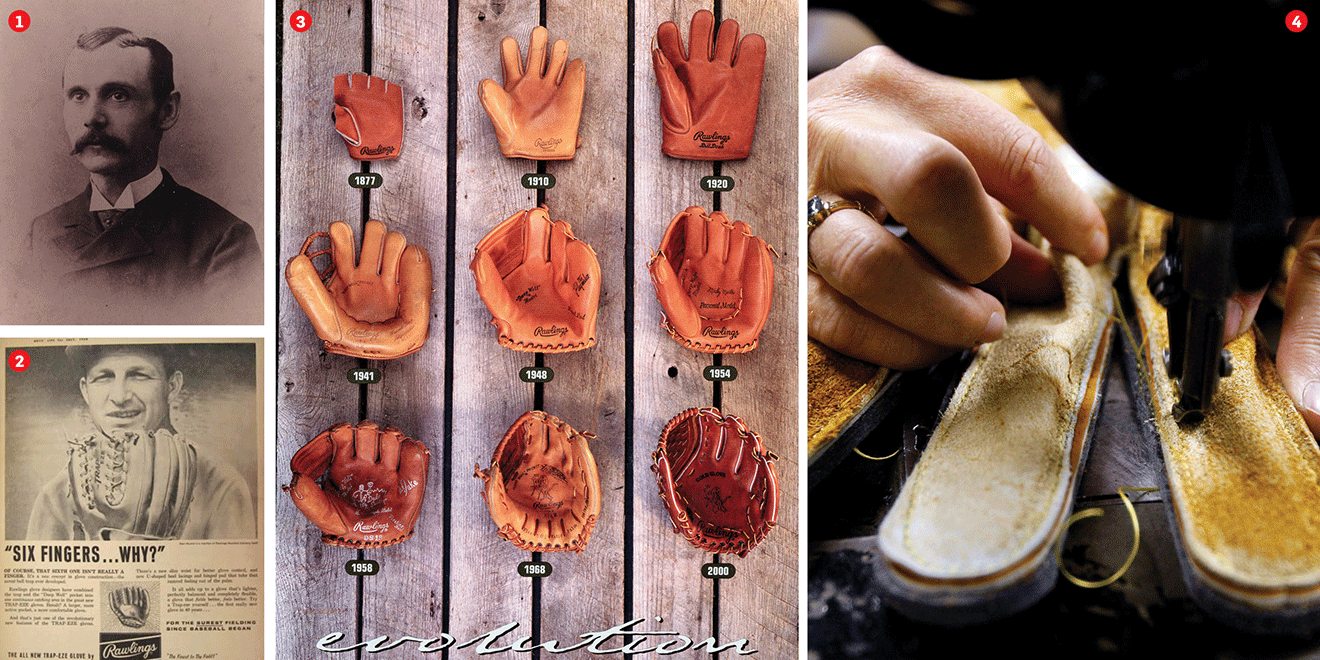 1. Bill Doak designed the modern baseball glove, which Rawlings sold and improved on with models like the Trap-Eze “six-finger” glove. 2. Stan Musial shows off his own six-finger model. 3. “Evolution” is a technically apt term for the succession of Rawlings gloves, which have grown larger and more technically sophisticated every year since 1919. 4. All Rawlings gloves are still sewn, laced and formed by hand with choice leather—especially the Heart of the Hide gloves.
Photos 1, 2, 3: Courtesy of Rawlings Sporting Goods Co.; Photo 4: Whitney Curtis/Bloomberg via Getty Images

The Rawlings brothers listened, and began making and selling the gloves soon after. Today, nearly a century later, there’s not a baseball glove in America that hasn’t been influenced by Doak’s design—and a good many of those bear the Rawlings brand name. The company isn’t just the official supplier to Major League Baseball, the roster of players—past and present—wearing Rawlings gloves is a veritable dream team, from yesterday’s greats like Stan Musial and Brooks Robinson to contemporary endorsers like Mike Trout, Bryce Harper and Kris Bryant. As Rawlings’ Ryan Farrar, senior director of baseball gloves (yes, that’s the title), puts it: “We were dominant then and [we’re] dominant now.” 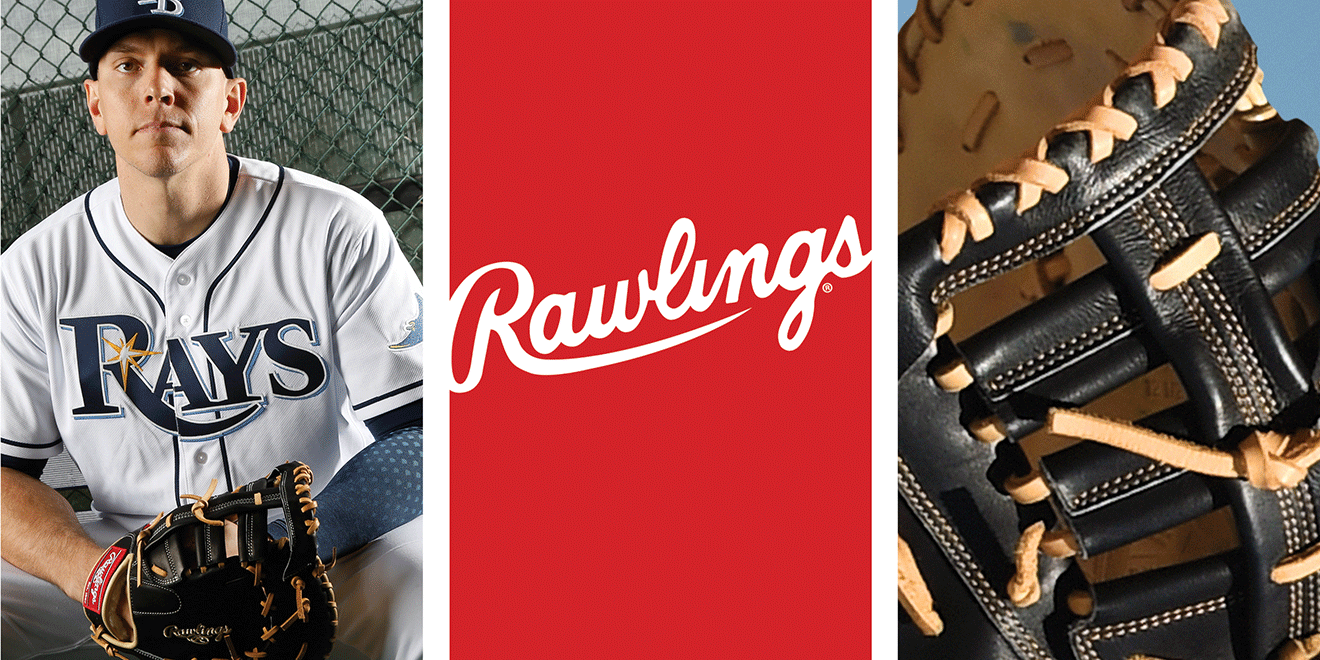 The owner: Pro players like Logan Morrison get their names stitched onto their gloves, but with Rawlings’ customization option, any buyer can, too.; The Logo: Rawlings has been around since 1887, and its scripted white letters on a red background are among the most recognized brands in athletics.; The Web: It’s known as the heart of the glove, and Rawlings has 19 styles of them, including this single-post double-bar first-baseman’s design.
LoMo: Brian Blanco/Getty Images; Glove: Getty Images

But being dominant on the grass and in business are, of course, two different things. True, the Doak model dominated baseball for a quarter century. But Rawlings hasn’t kept its name in the game with heritage alone (though, given the importance of traditions in baseball, that’s certainly part of it). 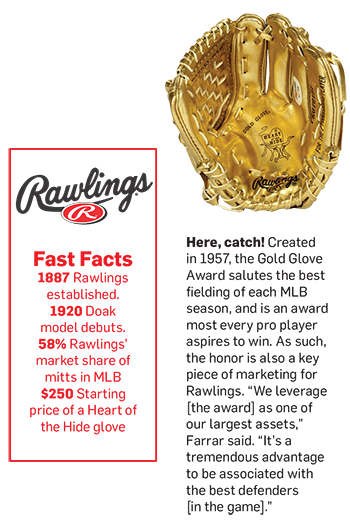 Simply put, Rawlings never stopped tinkering with its gloves. The brand’s many innovations (the “Deep Well” pocket, the “Flex-O-Matic” palm, the “Trape-Eze” web) led to ever better gloves (each with various combinations of those innovations), which in turn led to more baseball stars using them to play. Case in point: 1958’s Model XPG, which boasted thick-cut “Heart of the Hide” leather and the extended “Edge-U-Cated” heel. It was the choice of Mickey Mantle—which predictably made it the choice of ball-playing boys across America.

Even so, Farrar says, no famous endorser is a substitute for performance—not in this game. “If your glove is terrible,” he says, “it doesn’t matter how much you’re paying them, they’re not going to wear it.” 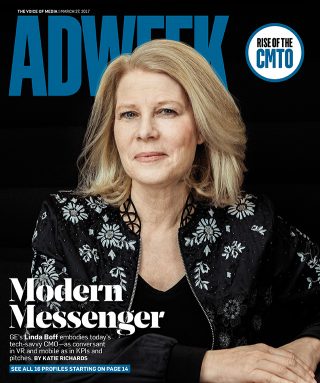