Adweek’s Instant Reviews of the 2019 Super Bowl Ads: First Half and Halftime

See 'em all again, and check out our ratings 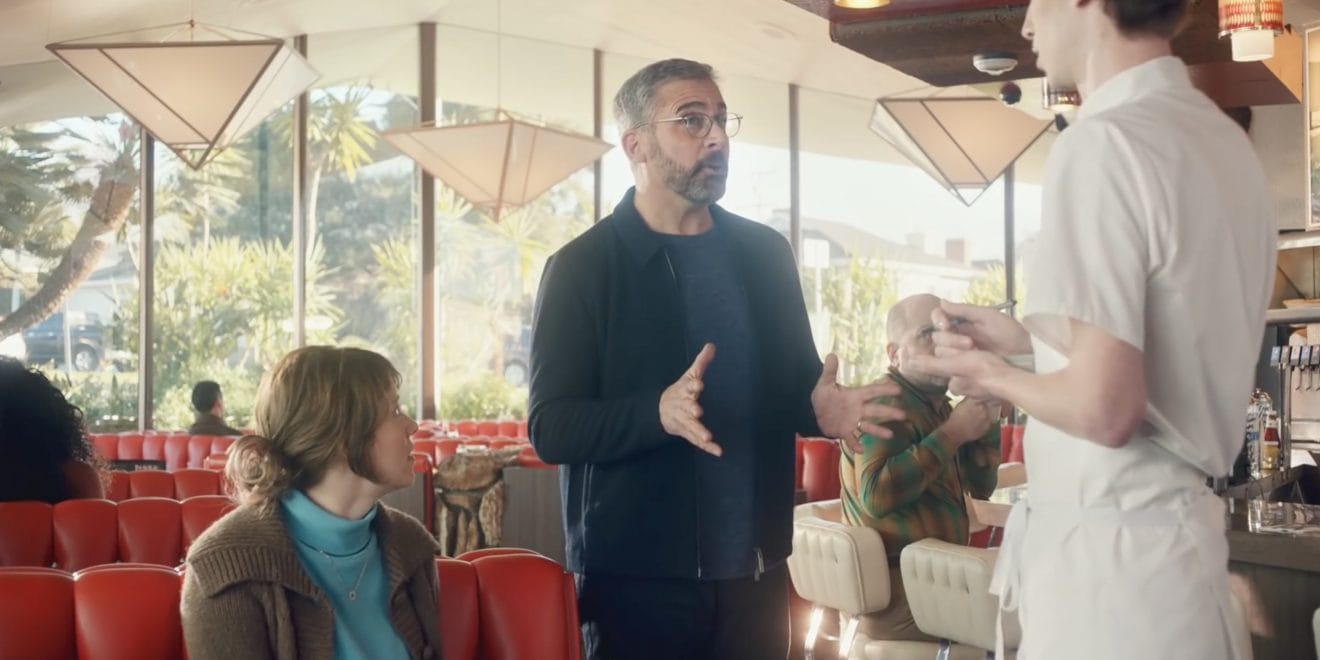 Adweek has your real-time reviews of all the ads airing during Super Bowl LIII right after they hit the airwaves. See the spots, and what we thought, from the first half below.

M&Ms Chocolate Bar "Bad Passengers"
Agency: BBDO NY
Oh, it's a shame when an amazing talent like Christina Applegate gets thrown into a predictable idea. A cute spot... but not quite there.
???? pic.twitter.com/Dw79y2bSUo

Bumble "The Ball is in Her Court"
Agencies: FlyteVu and VMLY&R
We've seen plenty of inspirational Serena Williams ads before. This is defintiely in the Top 3. Superb casting and a strong message.
???? pic.twitter.com/g04LJzFSyD

Hyundai "The Elevator"
Agency: Innocean
Jason Bateman in all of his snarky glory. A dense spot packed with his signature dry humor. A clear idea executed well.
???? pic.twitter.com/ptA8pLgIQ2

Olay "Killer Skin"
Agency: Saatchi & Saatchi
When we saw the horror-themed teasers, we were intrigued. And we were rewarded with something unexpected and fun, especially for a skincare ad.
???? pic.twitter.com/ZaCfaJUMfF

Doritos Chance the Rapper x Backstreet Boys
Agency: Goodby Silverstein & Partners
The most polarizing of the bunch at Adweek. It's ... a music video with a 90s vibe. With spicy Doritos. Fun ... but feels kinda meh.
???? pic.twitter.com/KQH7ttOWMP

WeatherTech "Scout"
Agency: Pinnacle Advertising
The nepotism. That's the CEO's dog in the ad. Kidding aside, it's what we expect from this brand: something simple, simply talking about a product.
???? pic.twitter.com/FvM5WnqsbG

Turkish Airlines
We like a little intrigue. And Ridley Scott? We can’t wait to see what this film is all about.
???? pic.twitter.com/yw5nN10STX

Bud Light
Agency: Wieden + Kennedy New York
A Miller Lite diss. A Coors Light diss. They use corn syrup. Keeping the focus on the product, and the brand and agency managed to make another epic and funny one.
???? pic.twitter.com/k6IvufhXsx

Fast and Furious Hobbs & Shaw trailer
Blockbuster! Stars! Solid music choice of “Why Can’t We Be Friends.” The franchise is still on fire.
???? pic.twitter.com/VzCmEDnkoT

Expensify "Expensify This"
Agency: JohnXHannes New York
Well-made, well-cast, well-produced. It just feels like :30 (and even the online :60) wasn't enough time for the gag. Maybe a little too ambitious.
???? pic.twitter.com/ZU9GHu48oI

Pepsi "Is Pepsi OK?
Agency: Goodby Silverstein & Partners
We love how self-aware this is. While the brand could have avoided the unflattering "Is Pepsi OK?" thing altogether, they leaned into it beautifully. It does feel like some of the celebs are underused here, though.
???? pic.twitter.com/1hOFMmfXqu

Audi "Cashew"
Agency: Venables Bell & Partners
We had no idea where this was going to go, either. Solid payoff and another strong effort from the brand and agency.
???? pic.twitter.com/5tv0Iwsyk1

SimpliSafe
A word full of fear. Some pretty decent scenarios. It’s almost there, but could have been a little more over-the-top. Didn’t quite stick the landing but not bad, either.
???? (begrudgingly) pic.twitter.com/xeIxO4ZOJ0

T-Mobile
A Fifth of Beethoven is an inspired music choice for a nasty, long scroll. A good, human insight that didn’t need any dialogue.
???? pic.twitter.com/hd2aRjd0h8

HBO X Bud Light
Just when we were settling in for another Bud Light ad....everything goes up in flames. This Game of Thrones / Bud Light mashup was a complete and wonderful surprise. RIP Bud Knight.
???? pic.twitter.com/UMX6MkduZv

Pringles "Sad Device"
Agency: Grey
Are voice assistants our friends or just our Funkytown DJs? Either way, this was a fun look into the mind of an Alexa knockoff. Now go hug your smart device.
???? pic.twitter.com/kI1EGQDbyJ

Mercedes-Benz "Say the Word"
Agency: Merkley+Partners
LUDA! Mercedes brought a fun premise, great cameo and nice product tie-in to its Big Game Spot, even if changing the lights on your dash doesn't exactly feel like a god-like power.
???? pic.twitter.com/Y645LH9Y3f

Persil "The Deep Clean Level"
Agency: DDB New York
They keep coming back year after year ... but creatively, the brand is still stuck in a spin cycle.
???? pic.twitter.com/wrI0frL04A

Google Translate
Another home run from Google. Much like “Parisian Love,” it was hard not to get the feels and maybe a little misty from this one. Great storytelling.
???? pic.twitter.com/qZdwui9whQ

Toyota "Toni"
Agency: Burrell Communications
An inspirational story, and a fine way to connect the thread between the underdog hybrid and the underdog athlete.
???? pic.twitter.com/vabcvpJdJd

Planters "Mr. Peanut Is Always There in Crunch Time"
Agency: VaynerMedia
The setup was there and solid ... but the casting and the payoff left a bad taste in our mouths.
???? pic.twitter.com/DHyy16v5kt

Mint Mobile "'Chunky-Style Milk? That's Not Right"
Agency: Ruffian
That's not right. At all. A few of the @Adweek gang loved it, but most of us gagged ... like you probably just did after watching this.
???? pic.twitter.com/KBmGGDCzcL

Norwegian Cruise Lines
The brand brought an everyday ad to a once-a-year event. No story, nothing to remember. A Super Bowl timeslot wasted.
???? pic.twitter.com/zenCCm5uAJ

TurboTax "RoboChild"
Agency: Wieden + Kennedy Portland
A concept that will likely be polarizing. Give credit to the brand for being brave with the robot kid, but we were all a little creeped out.
???? pic.twitter.com/J7ryguzh0n

Sprint "Best of Both Worlds"
Agency: Droga5
Robots, Bo Jackson, a keytar, a mermaid, a flying horse, Paul Marcarelli—there's just too much going on here, and the "two-in-one" metaphors feel both dated and predictable.
???? pic.twitter.com/IS18ExqhMa

CBS All Access The Twilight Zone promo
Jordan Peele can do no wrong. Interesting way to approach a promo. Familiar (with the fake outage), but updated very well.
???? pic.twitter.com/3ymfC69u83

T-Mobile (2nd ad)
Admit it, you’ve done the edit, edit, edit, edit. Another good insight into our mobile habits … some more annoying than others.
???? pic.twitter.com/l2aX05FdmS

NFL "100-Year-Game"
Agency: 72andSunny
A brilliant way to kick off the league's 100th year. Could have gotten serious, but comedy was the right way to go. Amazing how they got so many legends and current players into the mix.
???? pic.twitter.com/sDA7SnwmkP

Yellowtail
Clichés set to Chardonnay. Not terribly inspiring and kind of sat there.
???? pic.twitter.com/X6OYCMcfgi