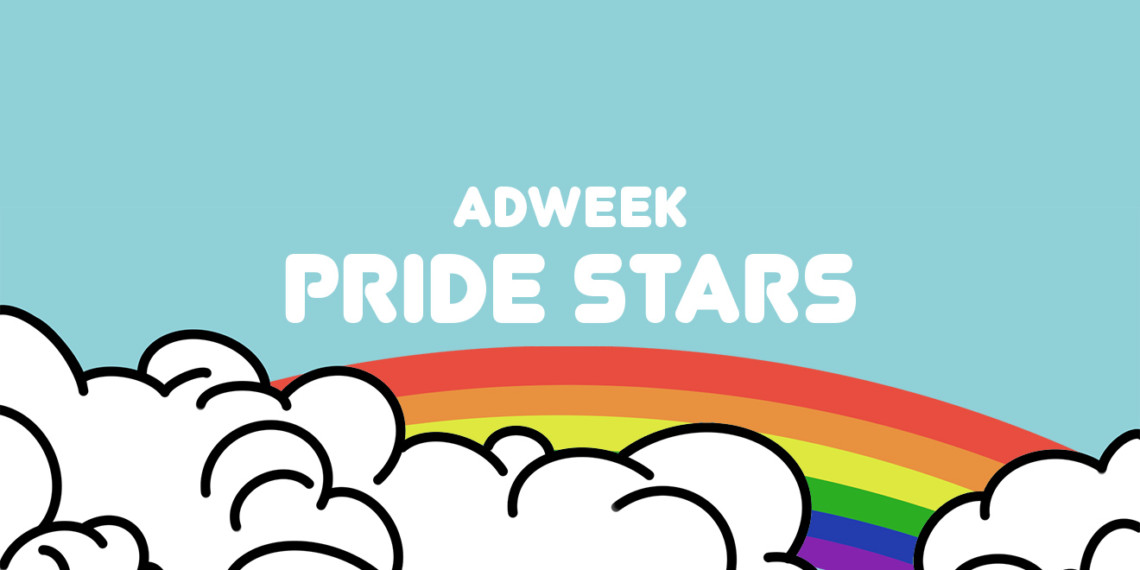 Waithe has become an icon for Black and queer representation on-screen, a stature that was cemented when she became the first Black woman to win an Emmy for comedy writing in 2017. As CEO of Hillman Grad Productions, Waithe wrote 2019’s on-the-lam romance Queen & Slim and produced The 40-Year-Old Version, a film about a struggling Black woman playwright, set for a Netflix release this year. She’s also produced two comedy series for BET that were released in the past year: Boomerang and the semi-autobiographical Twenties, which follows a queer Black woman navigating friendship and dating in Los Angeles. “LGBTQIA+ visibility is second nature. It’s a part of my world. Of course it will be reflected in my work,” Waithe says. “I just try to make sure I don’t hang a hat on it. We are a part of this world. Period.” Waithe also made time last fall to be on the cover of Adweek’s L.A. Issue as well as be in front of the camera, appearing as hacker Ash James in Westworld Season 3 and starring in the third season of her own series, Showtime’s The Chi, premiering this month. —Ian Zelaya Following a 15-year career at Bank of America, Shaw in 2019 joined Recycle Track Systems, where he leads operations and growth of the waste and recycling management firm’s tech platform, which uses tracking and data reports to help companies improve waste practices. As a gay Black man, Shaw is committed to bringing visibility to the workplace and elevating his community outside of work. He’s a board member of Out & Equal, a nonprofit focused on LGBTQ workplace equality, and the Victory Fund, a political action committee dedicated to increasing the number of openly LGBTQ public officials in the U.S. “The work you do in and for your community should not be your side hustle. No more of this talk about my ‘day’ job and my ‘gay’ job,” he says. “As leaders in our communities, businesses, families and even religious organizations, we have a responsibility to be real and our whole selves. It’s not easy, but frankly, when has material progress ever been easy?” —Ian Zelaya

Robyn Streisand-Luppino
Founder and CEO
The Mixx and Titanium Worldwide Courtesy of The Mixx

The external face of marketing shop The Mixx and agency collective Titanium Worldwide, Streisand-Luppino makes it her mission to help clients diversify messaging and hire real people, not actors, for campaigns that can genuinely connect with LGBTQ audiences. “It’s not just about messaging or strategy, but elevating the audience itself,” says Streisand-Luppino, who identifies as a lesbian woman. “That’s how you really make an impact, by shining the spotlight on them, instead of just the product.” In the past year, she has overseen LGBTQ campaigns for brands like Absolut, H&M, Just Water and Mercedes-Benz, the latter of which The Mixx has worked with for more than 10 years. “I am always out there pounding the pavement and showing brands who may have never invested in diversity campaigns, or LGBTQ audiences, in particular, the benefits it can bring,” she says. —Ian Zelaya Two years ago, Dhunna founded The Unmistakables, a consultancy that helps companies reach, better understand and become more relevant to diverse audiences. For instance, it recently helped the Museum of London create a short film that shows what the city looks like on Christmas morning through the eyes of a Muslim man cycling to morning prayer. “The most rewarding thing about our work is the game-changing and ambitious clients that bring us on because they want something different,” Dhunna says. “Like us, they’re bored of diversity talk and want to do something about it.” The Unmistakables also provides resources for businesses, like its “Covid-26” glossary highlighting the impact coronavirus has had on marginalized communities. In Dhunna’s mind, most critically, is ensuring that an intersectional approach is taken. “Being LGBTQ is a major part of someone’s identity, but it isn’t the only part,” he says. “So we have to consider all of the various crossovers.” —Minda Smiley