Brand worked with agency Grow to pull off the feat 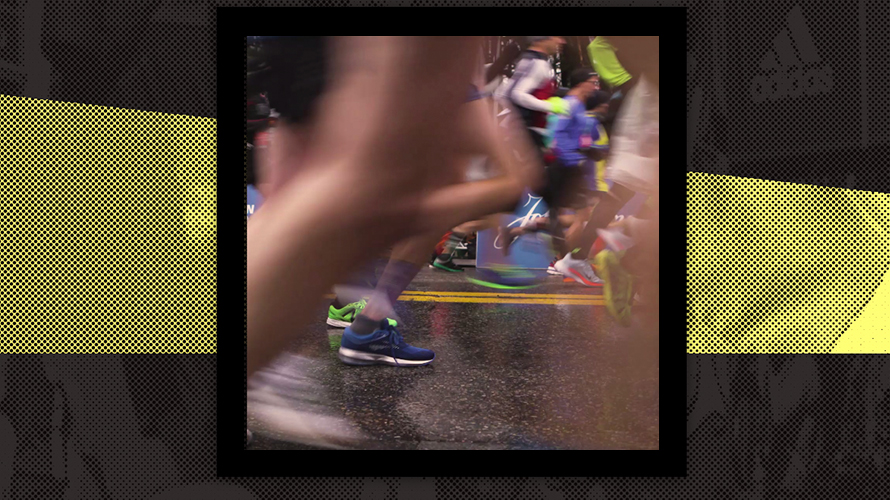 Digital agency Grow set up eight cameras along the course to create the 30,000-plus videos.
Addidas
Share
By Katie Richards
|
April 19, 2018
Share

This year’s 30,000-plus Boston Marathon runners faced brutal conditions as they worked their way through 26.2 miles in freezing rain. While crossing the finish line at the end of the day is likely a deeply satisfying reward in itself, Adidas added a lovely (and very impressive) personalized touch for each runner, with help from digital agency Grow.

In a first for the Boston Marathon, Adidas and Grow created a marathon video customized for each and every runner in just 24 hours, with over 27 hours of footage to work with.

“Our idea was to harness the power of 30,000 runners—generating data from the very race bibs that sport the Adidas logo—and transform the entire race into a creation engine. The result is an epic personal highlight film for every single runner who becomes part of the legend of this incredible event,” Drew Ungvarsky, CEO and executive creative director of Grow, said.

So how did the team pull off the incredible feat? Grow set up set up a crew of 18 people (which included a film crew, an editing war room and on the ground support) with eight cameras along the course. Four cameras captured b-roll while the other four captured personalized footage.

The final video includes the runner’s name, their times at different checkpoints in the race (like Heartbreak Hill, and, of course, the finish line) as well as a personal clip of the runner taken at some point along the course.

“We flipped the script on how to bring content to life, and celebrated the runners’ stories, which was a perfect alignment,” said Scott Frost, digital marketing manager for Adidas Running in the U.S. “The Boston Marathon is no easy feat in either qualifying or meeting the charity parameters, and those who made it had to be creative in their own lives to make it there.”

Feeling those post-marathon blues after such a rush of excitement and utter craziness yesterday... but fun to reflect back on the experience. Adidas created a little video for each and every competitor! Check yours out ?? Go to the link in my bio, scroll down and type in your bib number, and VOILA! @adidasrunning #createdwithadidas #BostonMarathon #HereToCreate

Certain checkpoints triggered the RFID chip on each runner’s bib. The RFID chip not only tracked their pace and time, but also helped Grow locate runners in the captured video footage. The agency used custom software to grab video footage that fell in line with the time that the runner crossed a certain checkpoint. They could the programmatically zero in on the few seconds that the correct runner was in the frame and include that footage in the personalized video.

In the end, Grow and Adidas found that everything mostly went according to plan—but the conditions on race day made the task more challenging for everyone involved.

“Unexpectedly, the greatest challenge was also the greatest payoff,” said Ungvarsky. “The conditions made this incredibly trying for both us and the runners, but also made the videos that much more meaningful. Seeing their reactions to their personal highlight films—the genuine joy and recognition of the magic—was easily the highlight of the project for our team.”

In the days following the race, Adidas has seen some positive numbers in terms of social engagement. As of this morning, Grow rendered 26,948 videos. Approximately 15 percent of those videos have been shared on Facebook, garnering over 8,000 comments and 36,000-plus reactions.

Thanks @adidasrunning for possibly the best swag from the @bostonmarathon - https://t.co/UkdYqQuaJx

The videos have scored 12,000 unique videos views in the days following the marathon, meaning that over half of the runners have at least viewed their videos. In total, the videos have collectively amassed 100,000 views with a 95 percent completion rate in the first two days after the event.

“The reactions from those who have seen their personal videos says it all … It captured the essence of the day to relive the moment and create unique memories for each runner,” added Frost.