Brisket to your door 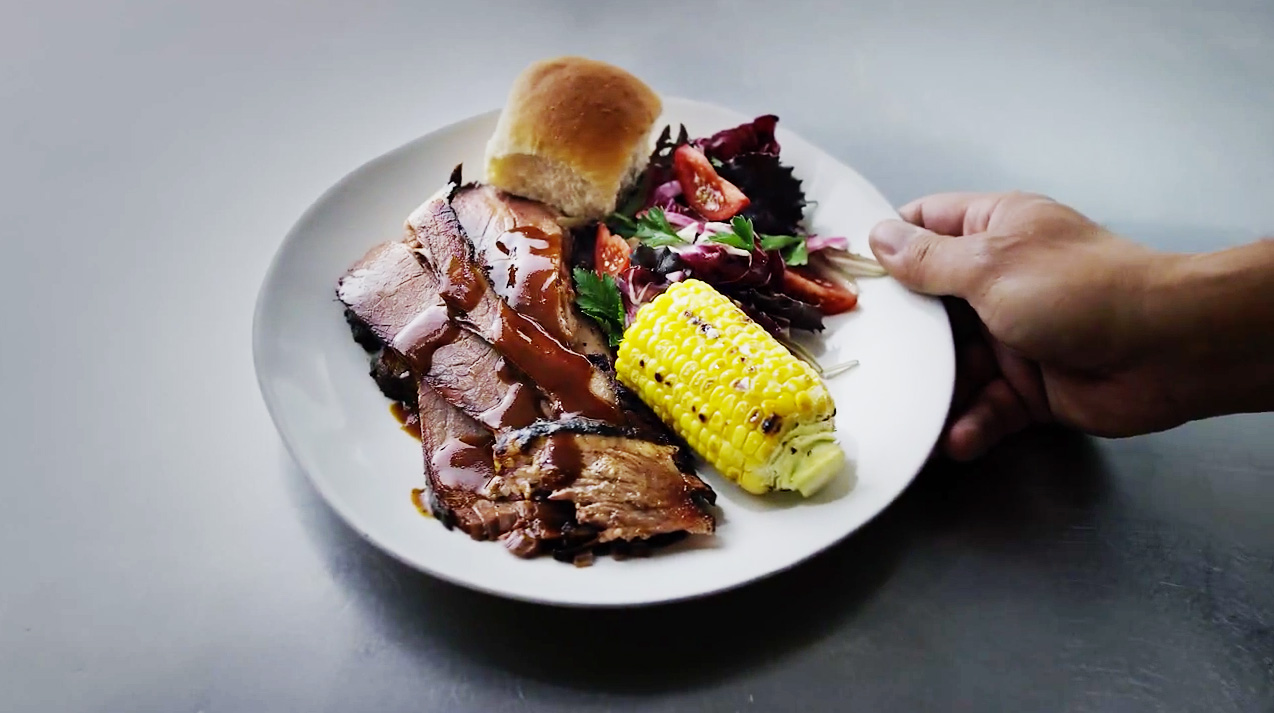 If traditional food delivery is too slow or boring for you, Uber would like to deliver you fancy meals in minutes instead.

Slow-cooked brisket— teeped in the drama of a 4 a.m. start—looks like a delicious coronary in the making, beautifully prepped and plated. In short, it's not a bad way to implicitly differentiate UberEat's dishes, which are part of a limited menu that rotates daily (New York's inaugural options included sandwiches from steakhouse American Cut and local Cambodian chain Num Pang, as well as a salad from Sweetgreen).

But the spot's basic subtext boils down to, "Compare this to the greasy mess you might get after waiting for 30 minutes when ordering take out from your local diner or Chinese joint."

Uber is clearly aiming for privileged foodies who'll happily pay a little more for better grub. But that doesn't quite keep the whole thing from seeming like an extravagance, even if the prices—between $9 and $15 for lunch or dinner, plus a $3-4 flat fee, depending on the city—aren't that different from what you might pay if you ordered from a restaurant directly and tipped the delivery guy. So Uber is probably right to figure plenty of people will go for it—at the very least, when they can charge it to an expense account.

And if the logistics of the 10-minutes-or-less guarantee seem a little dubious, it's apparently because rather than being made to order, the drivers are carrying around the meals in bulk during their shifts, dropping them at different locations—which is perhaps why the service, first launched in L.A. as UberFresh, now bears a conspicuously less specific name.