Ad of the Day: McDonald’s All-Day Breakfast Is Here, and People Are Losing Their Minds 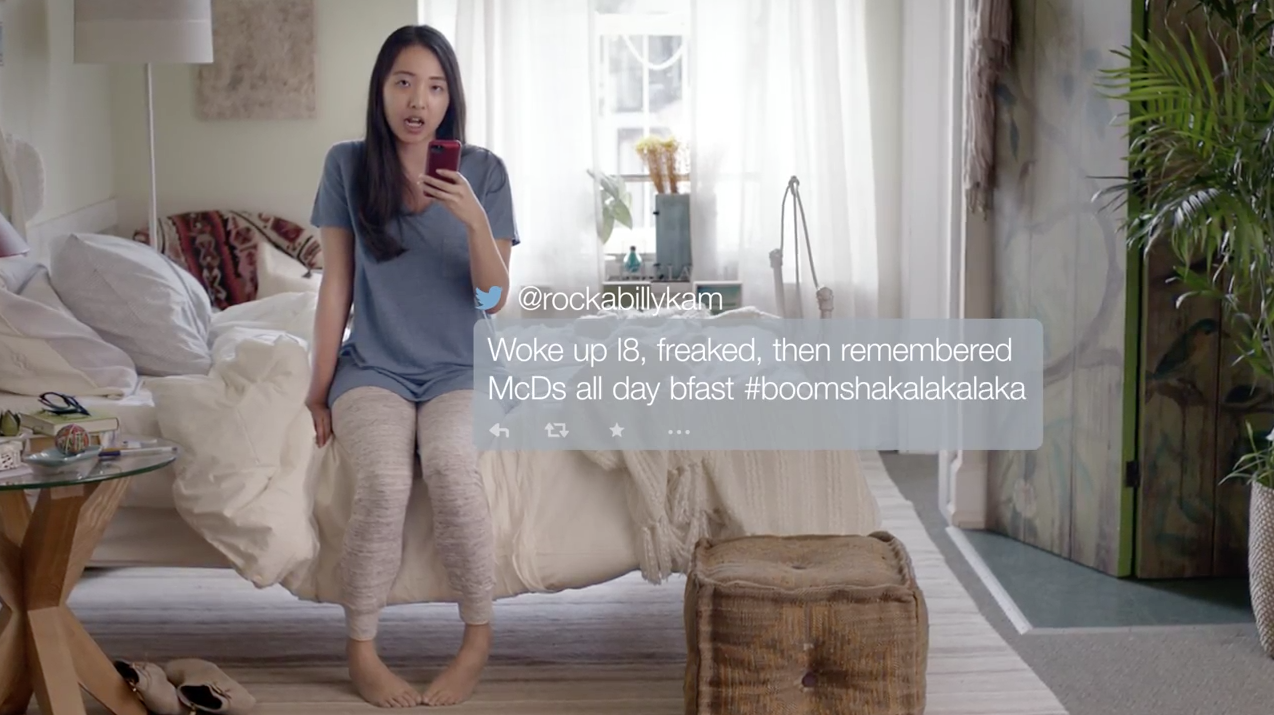 McDonald's all-day breakfast launches today, and with it, three new spots from Leo Burnett—to go with one that's already been airing—in which actors deadpan actual tweets and Facebook posts from McD's fans who've been waiting for this day like it's a national holiday.

Following McDonald's recent announcement that it would start making breakfast around the clock, Burnett scoured social media for posts—like the one below, from Ryan Smith—that captured the anticipatory joy of wolfing down an Egg McMuffin at any hour.

The agency then stitched the posts into comic spots, where the ebullient exclamations are delivered with amusingly low-energy straight faces. Here are the three new spots launching today (a :30 and two :15s):

Meanwhile, this :30 has already been airing:

The campaign is much bigger than TV and digital video, and also bigger than Leo Burnett. More spots (in a different vein) are forthcoming from DDB Chicago, as well as multicultural agencies Alma, Burrell and IW. And there is a major social push happening, too. Just this morning, McDonald's began rolling out a bunch of GIFs on Twitter, for example:

It doesn't matter how we did it, what's important is that it's here. #AllDayBreakfast Now, join the celebration. pic.twitter.com/62flgZnRcn

When you don't have to set your alarm before 10:30am because #AllDayBreakfast. pic.twitter.com/Z7eMS9Z0Dh

Not sure if we're drooling because #AllDayBreakfast is so delicious, or because this gif is hypno… ti… zzz… pic.twitter.com/QWFbLkWETh

Judging by today's exultant tweets tagged #AllDayBreakfast, McDonald's will have plenty of fodder for future spots like the Burnett ones, should they choose to make some.

The campaign also hit morning TV today, as the Good Morning America crew enjoyed a McDonald's breakfast—though that stunt felt a little off. It is, after all, still breakfast time right now. Let's see if the nightly news team gets the same treatment.

Editor: Grant Gustafson, "We Hear You"