Ad of the Day: Marco Polo Struggles With His Own Pool Game in Geico’s New Campaign 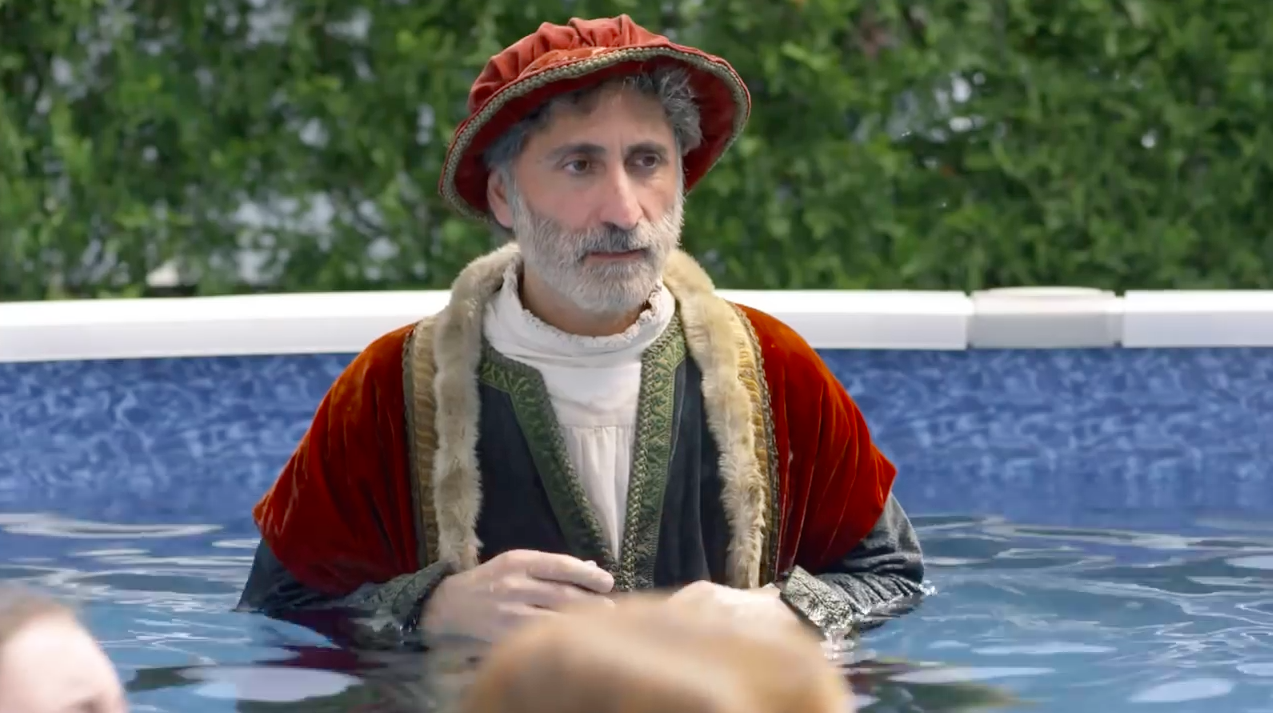 One of the last places you'd expect to see 13th century Venetian explorer Marco Polo would be in a pool with a bunch of kids during a round of the modern-day water game Marco Polo.

But that's exactly where he appears in Geico's latest goofy commercial from The Martin Agency, which juxtaposes the surprise of the off-kilter visual gag with the obviousness of what the the insurer emphasizes as its competitive edge—lower rates for consumers.

"It's not surprising" is the theme of the new mini-campaign.

In the spot, the famous traveler stands, in full period garb, chest deep in a backyard pool, completely baffled while a handful of children swim around him yelling "Marco" and "Polo." His ineffectual attempts to bridge the gap are entertaining enough.

But the ad's true highlight is its llama—apparently Polo's ride to the party (which is in itself a bit of a surprise—it made it to South America sometime in the past 700 years, too). It stands outside the pool, peering over the edge at the commotion, face permanently fixed in a state of bored indignation.

That's a more subtle role than many of Geico's animal figures, who often stand front and center in its ads—earlier this year, an obnoxious talking alligator showed viewers how to properly dodge a lunch check, building on a long, amusing history of using animals to help sell its policies. This aloof, understated approach works well, and in the end, even the hapless Polo catches on to the rules and joins the fun, making for a charming little last shot.

Of course, perhaps most surprising of all is how calm parents and Geico customers Amanda and Keith are about the oddly dressed old man with the pack animal crashing their family afternoon. Then again, maybe saving $645 on car insurance when they have three kids to raise—the new campaign also notably shows actual Geico customers and their actual savings—might well have the same effect on them as popping a couple of Valium.