Ad of the Day: Kids Fall in Love, and So Do Their Homes, in Sweet Short Film From Lowe’s 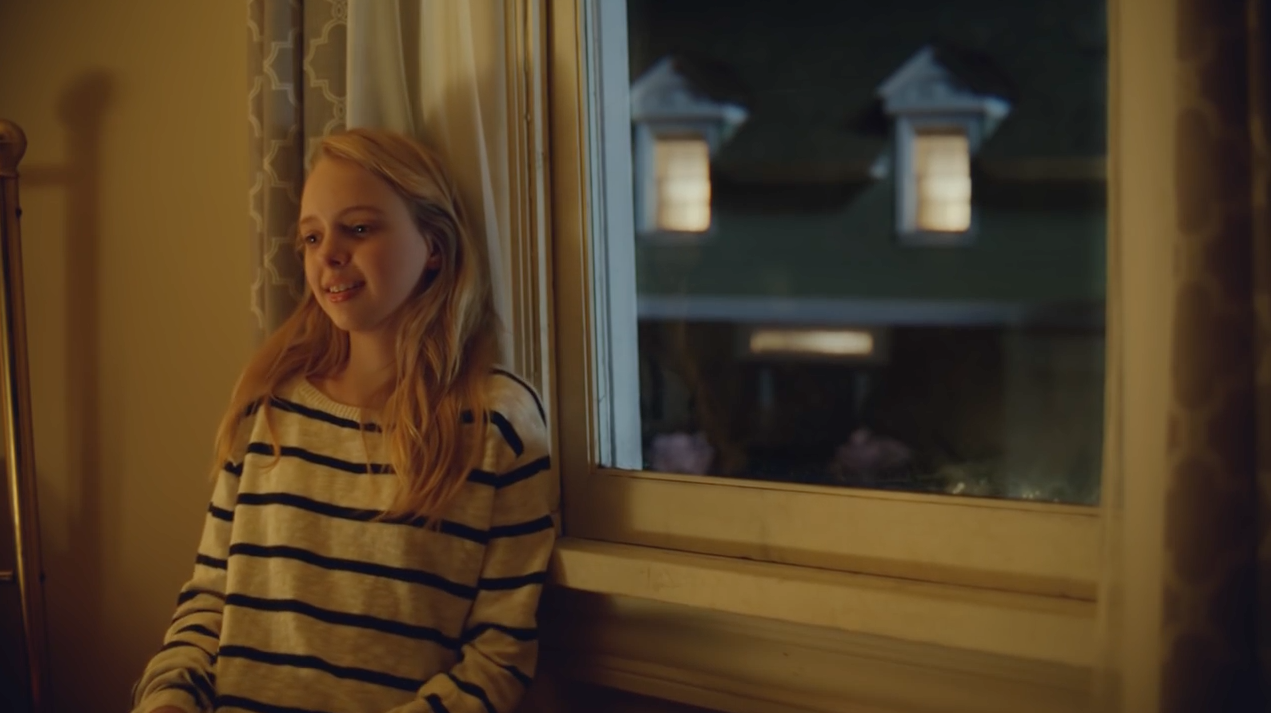 Be it ever so humble…

Over time, as a love story unfolds between a girl who lives in one house and a boy who lives in the other, the structures themselves appear to wink, smile and otherwise express feeling.

The effects are subtle and never cartoonish. They don't rely on complex visual tricks (and thus never seem like monster houses that will devour us all). Winks, for example, are expressed by movements of window shades and flickering lights, while a strategically placed porch hammock indicates a smile.

As the boy and girl grow into their teens and become a couple, the houses clearly approve, if heart-shaped chimney smoke is any indication.

This low-fi approach is quite charming, adding an elevating touch of magical realism to the story. It's also less jokey and more compelling than Lowe's talking lawn animal spots from last month, the first work in its overarching "Make Your Home Happy" campaign, for which this three-minute film is the latest installment.

"Where we landed was that a house was a structure, but a home was everything else," she says. "It's family and friends and memories. It's all the ups and downs and in-betweens that make us who we are. People put a lot into their homes. And when they do, their homes almost become an extension of them. When someone loves a home, it comes to life."

While the spot mainly tells a human story, "it also depicts two houses having their own relationship," adds agency executive producer Ashley Henderson. "As the kids fall in love, the houses too fall in love and experience emotions. It was fun to brainstorm and come up with ways to make these houses more human, and it was important that both the human and house storylines came across."

For some viewers, this may come across as overkill. Still, the narrative stays true to itself and makes sense in the world of the video. Throughout, Corner Shop director Peter Thwaites employs a deft touch that keeps the anthropomorphized goings-on from getting out of hand.

In fact, there's surprising emotional depth. After the human characters get married, one of the houses goes on the market but falls into disrepair, its paint cracked and peeling, the yard overgrown.

Of course, since this is a commercial, things can't end on such a sad note—and they don't. While the finale is a tad predictable, it works well in the context of the brand story, and reinforces the closing line, "Sometimes all a house needs is a little love." (Using "We've Only Just Begun" on the soundtrack suits the mood, but could make some viewers hit their mute buttons in protest.)

The long-form format allows BBDO to really open the story, key to appealing to its young-adult audience. "This gave us a chance to connect with them in a deeper, more emotional way," says BBDO senior creative director Mike Sweeney. "Millennials want to know what a company stands for. This gives us a chance to tell them in a way we haven't done before."