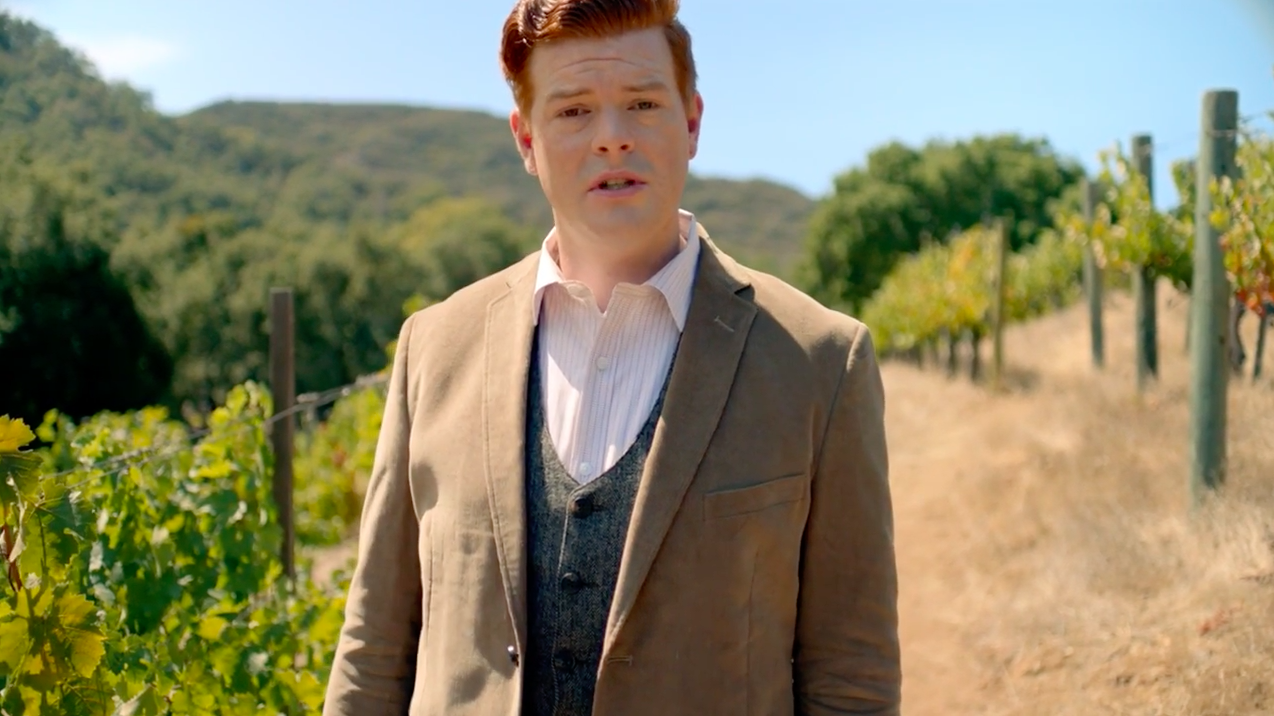 Charles Faircloth doesn't give a crap about the world. He's busy indulging in all the obscenely frivolous pursuits of any ultra-rich wine maker. But he's fine if you want to help make the world a better place.

Ad agency Erich & Kallman is out with a new spot for OneHope wines, a brand that gives a portion of all its sales to charitable causes. (It's donated more than $2 million in all, providing clinical trials for cancer patients, homes for shelter animals, meals for children, life-saving vaccines and more.) And to promote this most generous company, it found the least generous spokesman of all.

Faircloth, the insufferable owner of fictional Faircloth Wines, gives an amusing spiel about all his spoiled-rich-boy interests—before finally, reluctantly, getting to the pitch at hand:

The spot was directed by Aaron Stoller of Biscuit Filmworks. Agency creative director Eric Kallman tells Adweek that the team was originally thinking that the Faircloth character should be played by a middle-aged or older actor.

"But we decided to cast a wide net and see what we were able to find," Kallman says. "It turns out the talent we discovered made the idea not only funnier and less expected, but the idea hit harder. A spoiled rich kid is even more easy to hate then a rich old man."

As you can see, the first half of the video was shot in a single take. "But the script was even longer than what you see in the final video," Kallman says. "We ended up cutting it down in the edit to what we think makes for the most entertaining video possible."

Kallman credits the team at OneHope for embracing the somewhat risky concept.

"They were eager to make the campaign as breakthrough and sharable as possible," he says. "It was especially cool that OneHope was up for having fun with the stereotype of a rich winery owner, considering the great work they do is through partnerships with a number of the most successful wineries in the world."

OneHope also made a Faithcloth page on its website with some amusing wines for sale.