Ad of the Day: HP Vows to ‘Keep Reinventing’ in Fun Series of Star Wars Ads 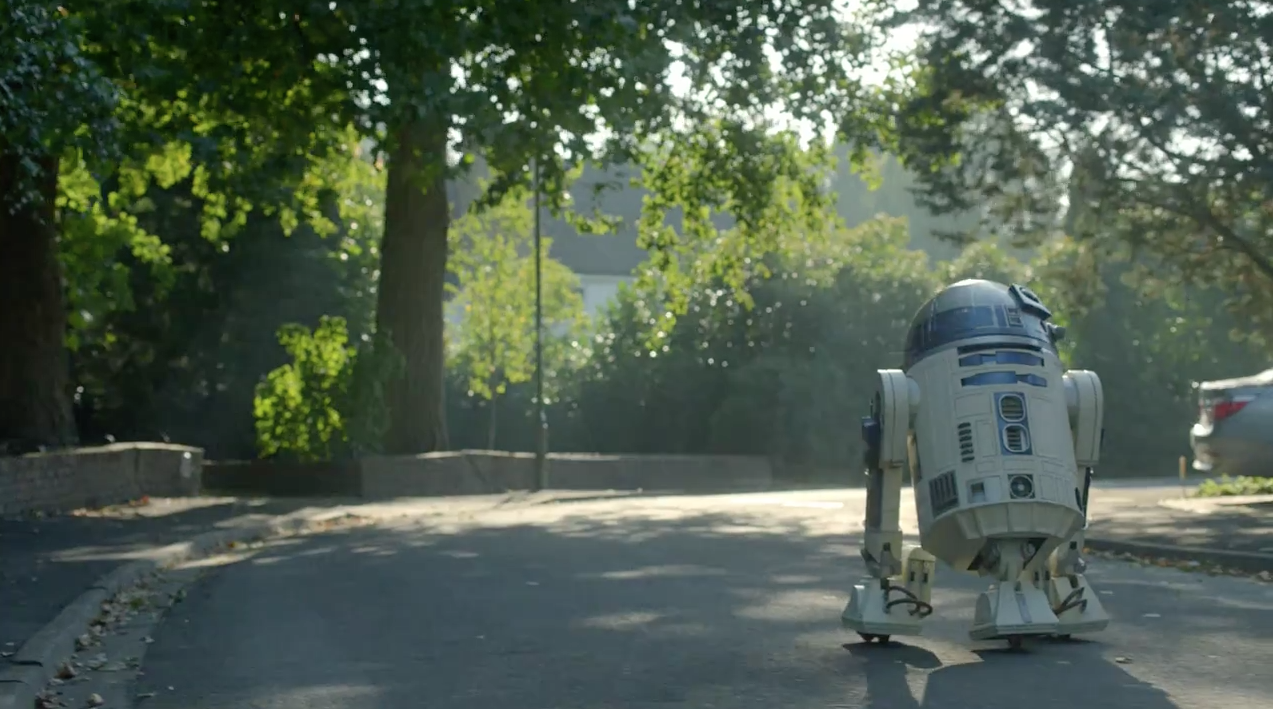 The Force is strong with this one.

HP ties in with Star Wars: The Force Awakens in these fun, impressive commercials from BBDO New York and 180LA that introduce the technology company's "Keep Reinventing" platform.

In the BBDO spot below—directed by Tom Tagholm of Park Pictures—a teenage dude assembles his very own version of R2-D2 in the garage from parts he collects in the junkyard. With an assist from his HP laptop, he sends the droid across town on a mission of the heart.

Oh, sure, that brainy punk can make a fully functioning, mobile, movie-ticket-vending R2. Let's see him build his own C-3PO, with the English accent. Then I'll be impressed.

In a second ad from BBDO, a family goes all Jedi as they create a very special flipbook. HP's "Instant Ink" printer function comes in handy.

Mega Star Wars nerds with absolutely no lives might recognize Garrick Hagon, who plays the grandfather in the spot, from his immortal portrayal of Biggs Darklighter (aka Red Three) from the original Star Wars: A New Hope in 1977.

The ad below, called "Sound Wars," represents a toe-tapping, Sumo-wrestler-slapping change of pace. In it, 180LA puts several new spins on the film series' famous main musical themes to tout the musical functions of HP laptops.

What, no ukelele? I won't have those tunes stuck in my head all day or anything.

Both BBDO and 180 use the film franchise's icons and imagery to great effect. And the ability of the Star Wars universe to evolve with each new episode makes a fine fit for HP's message of reinvention.

"In the Star Wars universe, anyone who has passion, ingenuity and technology has the force to reinvent," says Antonio Lucio, CMO at HP. "In our world, this same truth applies."