Ad of the Day: Heidi Klum Starts Her Silliest Business Yet in Wix.com Spot

Lloyd from Entourage is her agent 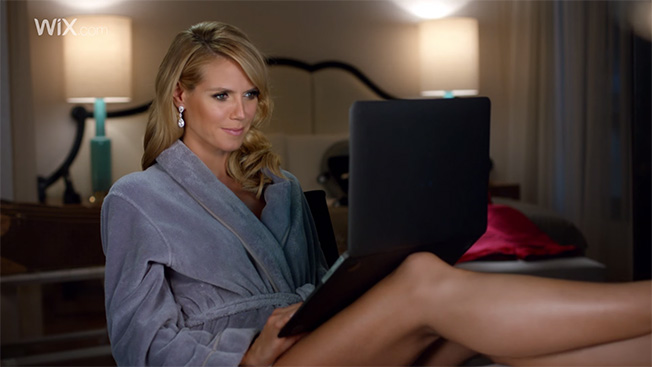 Heidi Klum is a renowned entrepreneur. But she hasn't really had a business idea that's—how should I put this?—really, really silly. Until now.

In a delightful new spot for Wix.com—a follow up to the company's Super Bowl ad that featured NFL players following their dreams—the Project Runway star is desperate to find another great business idea. She bounces dud after dud off her agent, played again by Entourage's Rex Lee, but her optimism doesn't waver.

We won't spoil what Heidi lands on (let's just say it's cheeky) but like previous iterations of the #ItsThatEasy campaign, the winning idea—and the losers—have fully working websites.

The spot was directed and produced by Frank Samuel, Jeff Reed and Lauren Bayer of Committee LA, in collaboration with San Francisco creative team Jeff Huggins and Andrea Janetos.