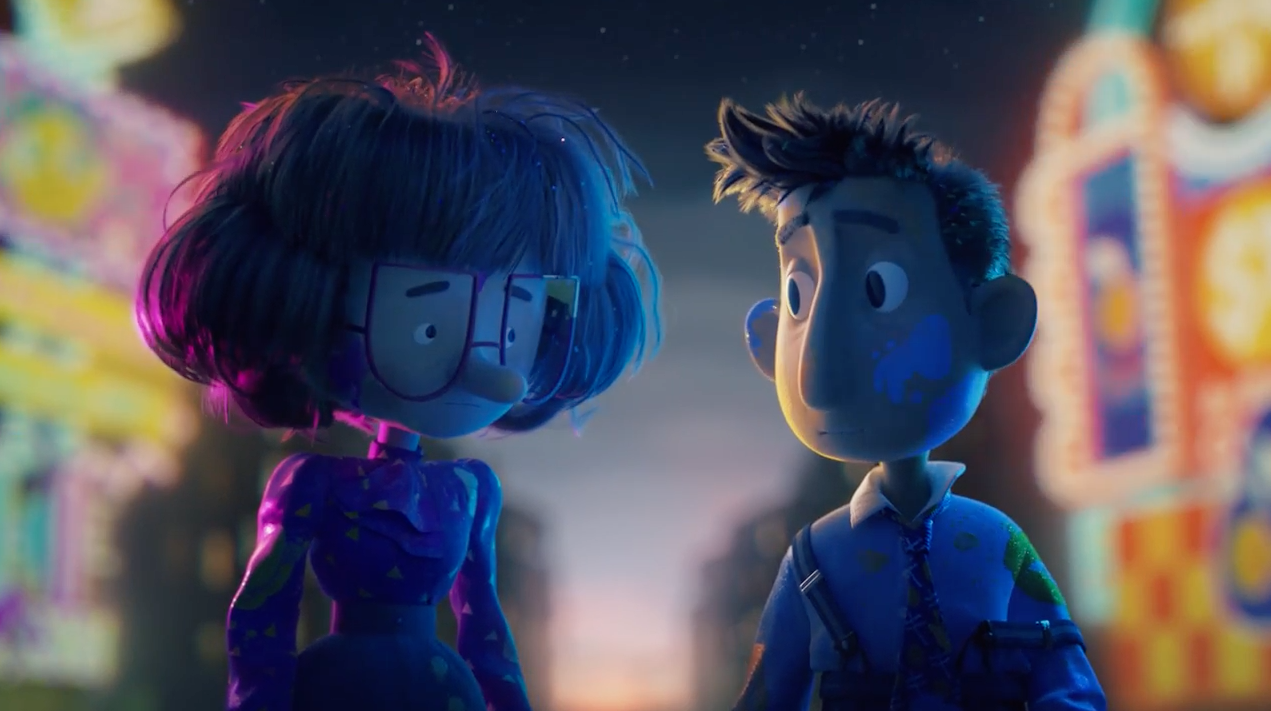 Did you ever play that game Lemonade Tycoon—the one where you start with a lemonade stand and have to turn it into a world-dominating conglomo?

This new Chipotle ad is a lot like that, except you don't have to make any of the stressful decisions yourself. Over the course of four minutes and 15 seconds, you get to watch two kids spend their whole lives doing it instead.

"A Love Story" is the third in Chipotle's series of animated short films, which kicked off with 2011's "Back to the Start" and a Willie Nelson cover of Coldplay's "The Scientist" and continued with 2013's award-winning "The Scarecrow" (whose Fiona Apple cover of "Pure Imagination," from the Willy Wonka soundtrack, still gives us chills).

Created by agency CAA Marketing and animation company Passion Pictures (which is riding high following its Cyber Grand Prix win at Cannes for the "Justino" Spanish lottery gem), "A Love Story" features its own starry cover—My Morning Jacket's take on The Backstreet Boys' "I Want It That Way." The film was directed by Saschka Unseld, a former Pixar animator who now serves as creative director of Oculus Story Studio; it's his first Passion commercial.

The spot follows a timid little boy who runs an orange juice kiosk across the street from a bespectacled lemonade stand owner. He pines for her in silence. Then, in a misguided attempt to raise money for a date, he posts fliers for his business all over the neighborhood, ultimately stealing her traffic.

This kicks off a series of competitive one-ups that will inform the rest of their lives, escalating into their adulthoods as fast-food titans with really gaudy neon signs.

The story's moral doesn't drift far from either of Chipotle's previous ads. What begins as a winsome tale of blossoming childhood love rapidly transforms into a weird allegory about forgetting your "fresh-squeezed" roots—encrusting sprinkles on tacos in a super-factory you can't even navigate on your own, and leaving your dog to sleep in a cardboard box on the outskirts of your own city. (That's what happens when you grow up and make money: You exchange flesh-and-blood companions for conveyor belts and robot microwaves.)

Lost in a maze of competitiveness and pride, the couple wander deer-eyed out into the street, covered in sprinkly sauce and the stench of misery. They rediscover one another. They have both kept their original kiosk fliers (awww). There is a timid little finger-touch.

And together—after what we imagine must have been a stunning night of catharsis sex—they rebuild. All-natural juice. All-natural tacos (when did tacos become so critical to the story?). An all-natural food truck, right in the middle of their neighborhood park. Most important, everybody's hair returns to manageable proportions.

"Cultivate a better world," the film concludes—an ongoing theme from this marketer.

It's a sweet film that reeks of Pixar magic. But it also bears the unmistakable aroma of Chipotle's recent history—the food safety scares, the executive cocaine ring scandal. And in light of all this, it's easy to start wondering, Is this story about Chipotle itself?

Indeed, have all these ads actually been a mounting cry for help, which we collectively failed to heed? What will it take for this darling of fast-food chains to finally push away its sprinkle-crusted tacos (a drug metaphor?) and return to its first love—fresh food, possibly a future in food trucks?

It occurs to us that the safest way to read this new allegory is to avoid past mistakes—writing it off as a facile rallying call to freshness—and, based on the context in which Chipotle currently finds itself, read it for what it actually is: A message in a bottle to a lost love, who can ultimately redeem them both.

Our money's on Wendy.