Ad of the Day: Audi Made One Hell of a Gnarly Skiing Ad Without Any Snow at All

It's all downhill from here 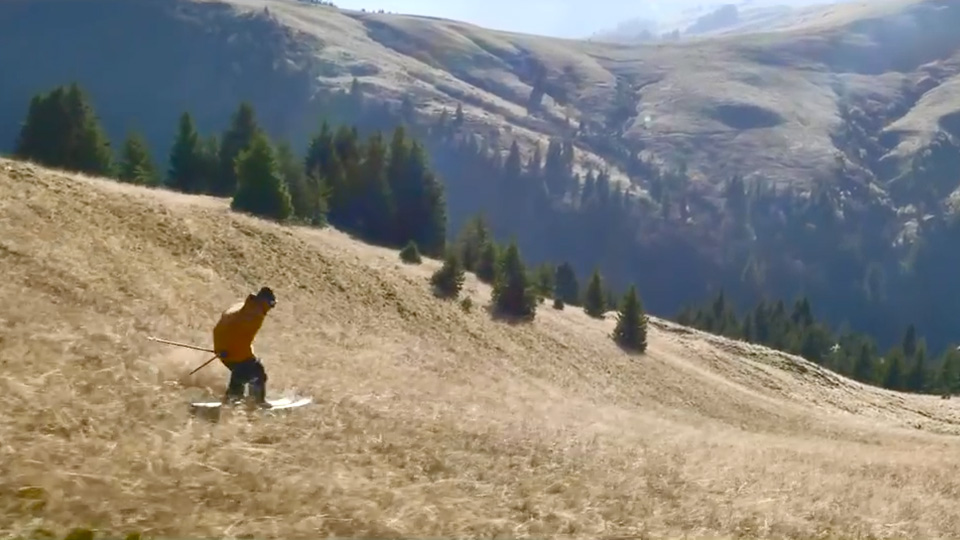 Grass, gravel, asphalt, dusty dirt paths, crunchy leaves, the weathered slats of a wooden bridge. These are the surfaces Thovex must master as he schusses at high speeds, tossing in occasional acrobatic spins and flips (at one point sailing high above a tractor) for good measure.

We're sure no fancy editing or effects were involved. Trickery from a Volkswagen brand? Never! (We kid. Probably.)

"We wanted to change the current idea of Quattro technology being mostly to drive on the snow or frozen water," agency account director Ludovic Pagot tells Adweek. "The client wanted to show the Quattro in a mountain environment—without snow. Then someone reminded us that skiing without snow was possible. And that was it!"

With no paid-media support, creating an engaging experience for the young-adult target audience "beyond the brand message" was paramount, says Pagot. "It had to be spectacular to become viral. Candide [who also directed] helped us a lot with that, with great inputs on the scenario."

Though perhaps a tad long at two minutes, the clip has proven popular—almost 2.5 million combined views across Thovex's YouTube and Facebook platforms in three days—and serves as a vibrant illustration of the tagline, "All conditions are perfect conditions."

Filming on a mountain, with extremes of heat and cold and unpredictable weather—blinding sun in the morning, billowing fog by day's end—posed challenges, Pagot says, and extended the shoot to six days from the originally planned three.

The scene in which Thovex skis past some cows proved especially vexing. "The first time Candide passed throughout the herd, all the cows went down the hill and were totally spread over the mountain," says Pagot. "We had to mobilize the entire crew to recenter the herd!"

At the end of the clip, dude drives a Quattro back uphill. Slacker.