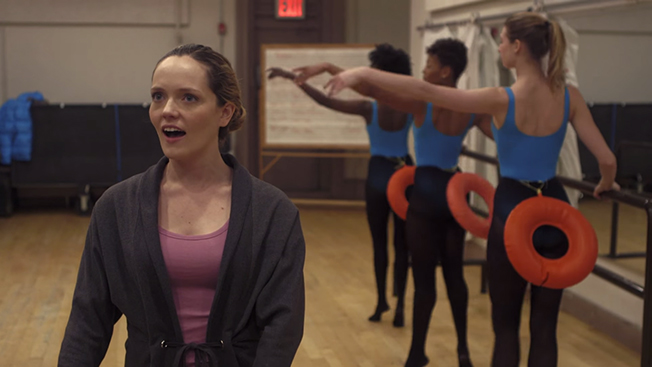 Reebok gets back in the game

Over the past few years, Reebok has lost ground in the athletic shoe department, but the new "Be More Human" campaign targeting hardcore fitness buffs could give the brand a boost. (Adweek)

A new campaign from Cottonelle suggests the product works so well, and cleans so nicely, that there's really no need to wear underwear anymore. (Adweek)

To go along with its Brady Bunch Super Bowl spot starring Danny Trejo as Marcia Brady, Snickers slowly transformed an image of Marcia, and captured it all on video. (Adweek)

Brands that saw results from the Oscars

These advertisers, including Dove and Samsung, saw the biggest brand lift on social media from the Oscars on Sunday. (Adweek)

Both Chico's and Ann Taylor announced they're in the market for buyers as sales continue to slump, but the brands may need a youthful makeover before that happens. (Bloomberg)

A campaign for The Wall Street Journal shows busy celebrities, including will.i.am, insisting that they always make time to read the Journal no matter how busy they are. (Agency Spy)

Facebook just announced it has 2 million active advertisers (mostly small- and medium-sized businesses) and launched an app to help those advertisers monitor their ads. (Reuters)

Thomas Rothman will succeed Amy Pascal as Sony Pictures' chairman after Pascal was reportedly forced out earlier this year. (The New York Times)

Brands paid a staggering $778 million in the past year to get their logos plastered on jerseys for teams in the top six European leagues, up 24 percent from the previous year. (Bloomberg)

Mcgarrybowen drops itself from Sears review

Rather than participate in the upcoming review for Sears, mcgarrybowen instead resigned the account, although it has not yet been confirmed by the agency. (Agency Spy)