Pop culture may always feel shallow and image-obsessed, but if you look past the reality shows and pre-fab pablum, it becomes clear we're actually in a golden age of creativity. As part of Adweek's Creative 100, a compendium of today's most inventive and multi-talented professionals, we assembled a list of 10 celebrities and influencers who we feel are consistently challenging their industries, audiences and peers to look at creativity in new and adventurous ways. A few years ago, unless you were a stand-up comedy buff, you probably hadn't heard of Amy Schumer. Now it's more challenging to go a week without hearing her name. Her Comedy Central show, Inside Amy Schumer, is one of the network's biggest hits, and charmingly vulgar sketches like "Last F**kable Day" have blown past 3 million views on YouTube. She just wrote and starred in her first major movie, Trainwreck, and has become one of modern feminism's most funny and fearless advocates. She isn't just the next Tina Fey—she's the first Amy Schumer. 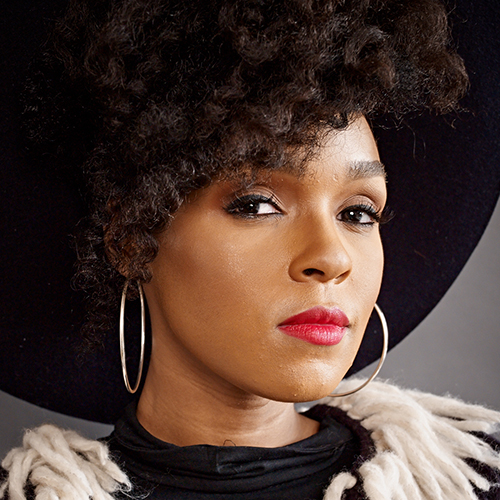 Most stars who seem as effortlessly cool and chic as Monáe also have an air of untouchable solitude. In contrast, she's spent much of her cultural capital (and actual capital) helping launch the careers of a new generation of musicians with her Wondaland Records label. Its first single, "Classic Man" from rapper Jidenna, was an instant hit, and he appeared alongside Monae in her addictive summer jam, "Yoga." "I've always been inspired to do more than just be an artist in the industry," she told Adweek earlier this year. "I want to be recognized for not only my innovation musically, but for innovations on the business end." When America's version of The Office began, it was easy to overlook Kelly Kapoor, an underdeveloped character who served mostly as a foil for boss Michael Scott's casual racism. But Kaling, a writer for the show as well as the actor portraying Kelly, soon prodded the showrunners into letting her turn the character into one of the The Office's freshest, funniest players.

"Mindy’s bursting with creativity, and the more that we incorporated her personality and ways that she could be funny, the more the character changed," show creator Greg Daniels said in an oral history of the show's "Diversity Day" espisode. "She was not interested in being funny as a beautiful, hard-working, good-worker character. She had all these comic flaws."

Kaling's swerving, self-mocking approach became a hallmark of her creative career, which soon extended to her own show, The Mindy Project, along with two books and appearances in movies such as Inside Out and Wreck-It Ralph. Kaling sat down with Adweek's Jason Lynch to talk about her creative process and what she has planned next. Check out the full Q&A here. Few if any celebrities can claim to have won two Grand Prix at the Cannes Lions, but that's exactly what Williams did last year when his line of recycled designer denim won top honors in Product Design and his "24 Hours of Happy" video won the Cyber Grand Prix. This year, he returned as one of the ad festival's most highly anticipated speakers. Also in 2015, his song Freedom was chosen to help launch the new Apple Music service, he released collaborations with Snoop Dogg and Diddy, and he's working closely with Adele on her next release. That is, when he's not judging on NBC's hit music competition show, The Voice. When Toni Morrison calls your new book about race in America "required reading," people take notice. But that endorsement for the just-published Between the World and Me isn't the only reason so many are eager to hear what Coates has to say. A senior editor for The Atlantic, Coates is one of the most persuasive and powerful writers in America. His essays on the dehumanizing ideology behind the Confederate flag became rallying points for the movement to have it removed. The book, written as a letter to his son, confirms him as one of today's most resonant voices on how America could embrace the better angels of our nature. Not since Carl Sagan has a science educator electrified pop culture like Tyson. From dedicated science wonks to elementary school children, his fan base is as wide-ranging as his professional pursuits. Tyson, director of the Hayden Planetarium, has authored a dozen books, hosted the revival of Sagan's TV series Cosmos on Fox, appeared on popular programs like The Daily Show, and put out a weekly podcast called Star Talk (now also a TV show on National Geographic Channel). He helped Superman find his own home planet in one DC Comics installment and dropped by Reddit for three of its most popular AMAs. If there's such a thing as an A-list science superstar, it's Tyson. "The Walking Dead will be the zombie movie that never ends." That was the mission statement Kirkman laid out with the comic book's first issue in 2003, and now that it's the biggest series on TV, millions of fans hope he's right. The writer-turned-producer is currently preparing to launch the highly anticipated spinoff, Fear the Walking Dead, and his first turn as a Hollywood executive producer, Air, will debut in theaters this August. But unlike a certain George R.R. Martin we could name, Kirkman keeps writing, keeps publishing exciting new installments and keeps delivering the gore-splattered goods. 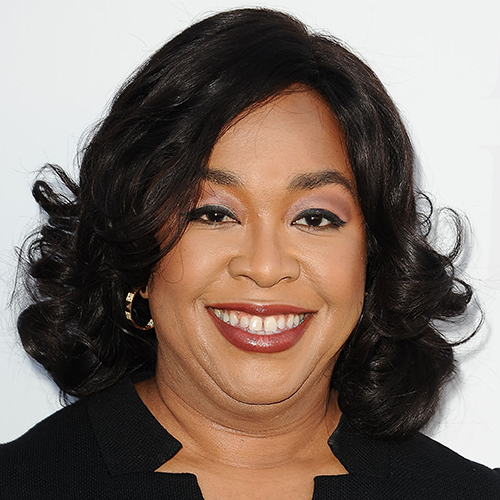 Not many people get excited about a show based on who's producing it, but fans of Rhimes are the notable (and vocal) exception. Rhimes was a little-known screenwriter when she created Grey's Anatomy in 2005, but the show's success lit a fuse that eventually blasted her production company, ShondaLand, into the stratosphere of prime-time popularity. In addition to her solid block of ABC hits—Grey's Anatomy, Scandal and How to Get Away With Murder—Rhimes has another drama en route for the network: The Catch, about an expert fraud investigator bilked by her own fiancé. You could argue McConaughey isn't the greatest actor alive right now, but you might have trouble winning the argument. The McConaissance, heralded by The New Yorker in early 2014, continues to prove itself more than just a catchy name for a stellar second act. McConaughey has consistently chosen eclectic roles and elevated them to fascinating heights. His turn as True Detective's Rust Cohle almost single-handedly set the daunting expectations for Season 2. Even his ads guide the cultural conversation. Don't believe us? Mention "those Lincoln ads with Matthew McConaughey" at your next dinner party and see how quickly it sparks a lively debate. Having long since proven his acting chops to any doubters, Gordon-Levitt is now generally regarded as one of Hollywood's top talents. But his true creative passion is clearly his mashup-empowering production company, hitRECord, whose website lets anyone on Earth upload, download or remix creative content. The project's TV extension, hitRECord on TV, won a 2014 Emmy Award for creative achievement, and it is now in the middle of its second season on cable network Pivot. Gordon-Levitt also made his feature directorial debut with 2013's Don Jon, and he's been working for years on a film adaptation of Neil Gaiman's beloved comic book series, The Sandman.