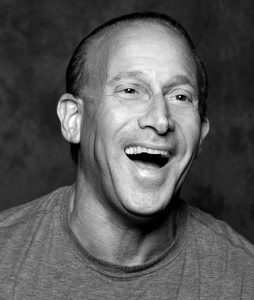 Awards shows: what are they good for? Absolutely nothing, according to one Bogusky comma Alex.

How are people responding to the sort of news that CP+B is totally done with Cannes, the One Show, the Effies, the Clios and everyone else we forgot?

According to our super-secret source on the inside, the team in Boulder, Colo., is 100 percent behind the move. But what about all those other shops that have long refrained from participating in awards shows as a matter of principle … like, say, Zimmerman?

After the Quitty Awards story ran yesterday, we received an impassioned email from Richard Nez, evp and head of integrated production at the Omnicom agency.

“For the 19 years that I have worked at Zimmerman Advertising, our founder & chairman of the board has emphatically spoken against the award show mentality and has gone on record countless times putting down Cannes and other creative awards,” he wrote, noting that Jordan has regularly said the agency should be focused on business outcomes instead.

Nez continued, “Our client success is our goal, that’s the only trophy we have been trained to care about.” (Except in certain cases.)

It’s not that he has a bone to pick with Bogusky, per se—more that CP+B is “celebrated” by the press for making a big deal about the same thing Zimmerman has been doing for years. (And for the record, Nez said he appreciates Bogusky’s humor about the whole thing.)

We personally felt that the Quitty Awards write-up contained a healthy bit of skepticism, but we can see why someone might be a little irritated by the whole thing.

So anyway, he gently asked us to give credit where credit is due, and here we are posting on Zimmerman again.

CEO Michael Goldberg added, “Great work has to work great or it isn’t that great at all. The agency was founded on a principle that our clients must win before the agency does. That stripe of DNA will never, ever change.”

Getting a little more explicit, he said that the shop believes in work that encourages “more people to buy more things in more ways. Period.”

Oh, and here’s a good one: “As our founder, Jordan Zimmerman, has said for many years, Cannes has become a con job. It might be unpopular, but it is no less true.”

Based on five years spent covering the agency world, we think quite a few in the business would agree with that sentiment, though. Hell, at least 10 people at Cannes this year told us they were considering whether it would be worth the bother to show up in 2019.

And now comes the unspoken question: which Zimmerman campaigns would have won a gold Lion?