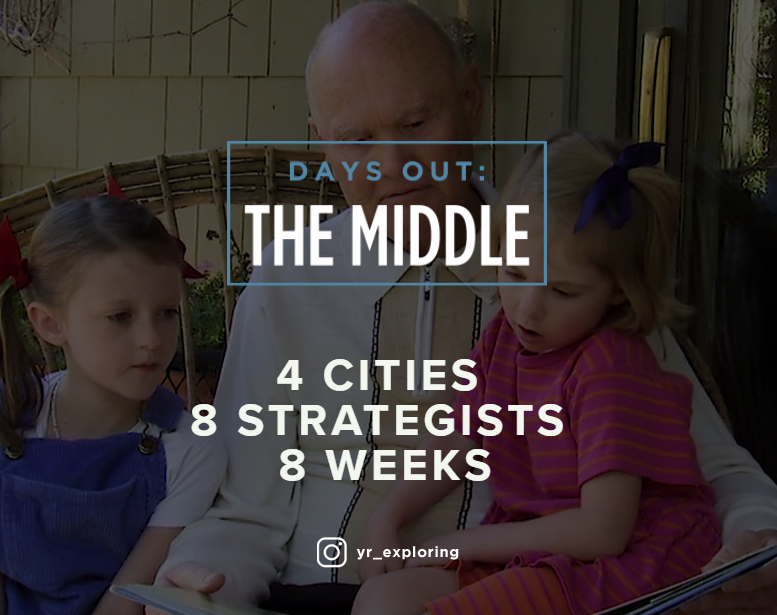 In case you missed it, a certain election happened almost exactly 10 months ago and threw quite a few people for a loop.

Since then, we’ve heard a whole lot about how certain industries—you know, those that are largely based in coastal cities and employ people with college degrees, hint hint—somehow misjudged a large swath of their fellow Americans in thinking that things would turn out a little differently.

One publication even ran a long article on that very topic!

Ad agencies have unsurprisingly followed suit. Way back in February, Saatchi & Saatchi sent a team from Manhattan on a long drive through 13 states to figure out how all those “real” Americans feel about things. If this sounds familiar, it’s not just you: just over a decade ago, J.C. Penney hired the same agency to do pretty much the same thing.

This week, Y&R said they’ve come up with a new twist on that practice. The agency launched an 8-week “cultural immersion” project called Days Out: The Middle as part of its eXploring practice that aims to score some of those all-important consumer insights from Memphis, Indianapolis, Milwaukee and Phoenix.

“The program will follow the teams as they find jobs, join communities, get to know families and experience local life. In return, these insights will enable work that better reflects and connects with people across this consumer group.”

So the strategists will return in late October to produce a report that will then inform future creative work. There’s a corresponding website and “eXploring” Instagram account, which is already filling with images of people you might think you know. 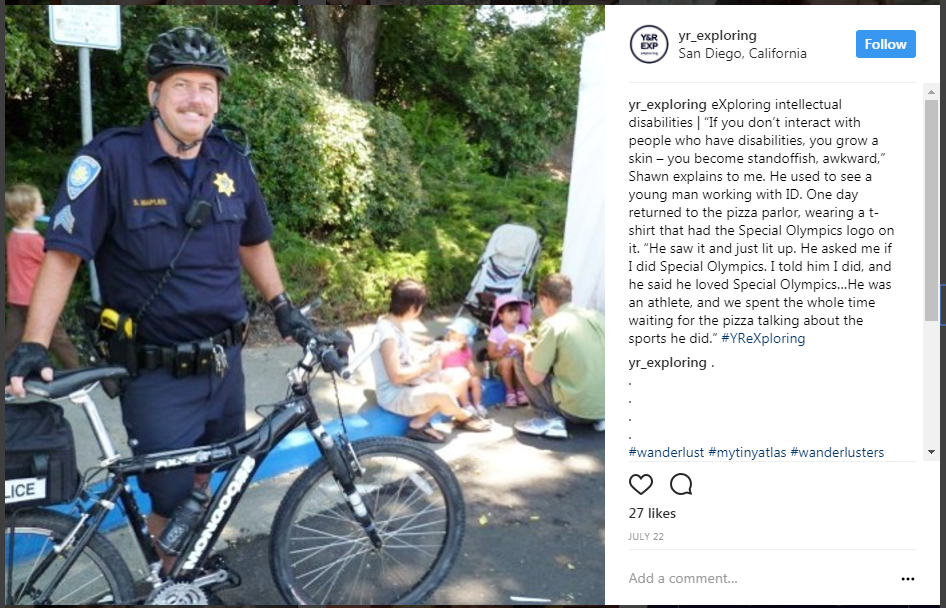 This sounds kind of familiar, because it is. As Y&R North America chief strategy officer Dick de Lange told us earlier this year, the agency conducted a similar project before beginning its work on the U.S. Navy account by “embedding” teams across Texas to spend time with military families. They’ve been doing this sort of research for some time, as have other agencies.

We asked him how things are different this time, and here’s what he had to say:

“eXploring and insights through immersion have been a part of Y&R’s strategic practice for over 7 years—so this is a continuation of that practice. But this project reaffirms our commitment to a deep understanding of our clients’ audiences, and takes it to the next level. Our team has been reviewing all the work out there by journalists, researchers and agencies around the election and Middle America, and what we feel is missing is the authenticity. With eXploring, you’re not a passive observer or a tourist, you’re an active participant in people’s lives. You get to know them as friends. And by doing this with families in Middle America, we’ll unearth human truths that transcend the divisions and data slicing that have made it more difficult to see people as they really are.  This is about getting to know people as people.”

Authenticity is, indeed, difficult to find. Especially in advertising. And we do have to wonder how satisfying a relationship could be if one party discloses at the outset that it is primarily for research purposes, emotional connections aside.

But to be frank, we are also quite tired of reading “what we missed” profiles of Real Americans who voted a certain way.