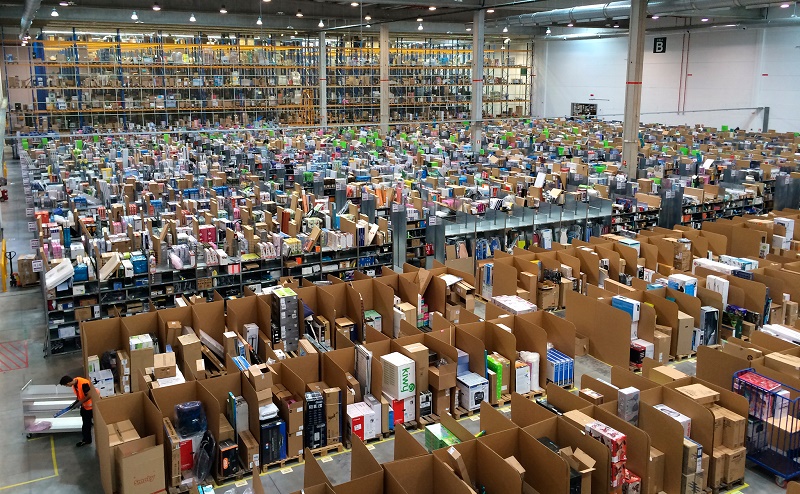 This is a guest post by Joe Lampertius, global CEO of shopper marketing at Grey.

Jeff Bezos is a visionary, and his vision is simple: to use technology to make people’s everyday lives better.

In fact, he’s more than that – capable of staying on course of his long term goals while keeping abreast of hundreds of initiatives across Amazon companies. His company’s most recently flurry of activity – the purchase of Whole Foods, the unprecedented deal whereby Nike sells direct on the platform, the launch of Amazon wardrobe, their Amazon Pharmacy entry into prescription fulfillment  – might have you thinking his strategy looks a little like world domination, and you’re wondering where you fit in.

I don’t blame you.

See, you have to understand: from the consumer’s perspective, “Earth’s Most Customer-Centric Company” would certainly need to connect a lot of dots, right? Amazon is not just about selling products to people, and that pretty much sums up why Amazon surpasses everyone else.

But there is a way for your brand to dominate in its game as well; Amazon just dramatically transforms the playing field.

To find your position, look into the modern infrastructure that’s already well on its way into people’s lives – some very visible, some less so. Understanding Amazon’s roadmap to domination is very telling, offering many ways for brands to connect.

eCommerce:  At this point, it’s questionable whether multi-billion-dollar retailers such as Walmart, Target or Costco can even come close to catching up. It 2015, Amazon led the group with 90%+ of all eCommerce sales; that market share lead won’t go away on the current course. The only retailer who even has a chance to make a dent is Walmart. Here’s what’s crazy about that: Walmart has been around 50+ years; they hit their stride for mega growth in the 1990s, turning into the mega retailer no one could catch. Amazon is about 20 years old and in total sales is 25% the size of Walmart. However, its market cap is 2.5 times the size of Walmart due its technology-based retail approach.

Search: Google was the clear leader in search for a good decade. But now 56%+ of product searches start on Amazon first, not Google, which only owns only 25%. Amazon surpassed them about three years ago and consumers haven’t looked back. It’s predicted that Amazon will capture over 70% of the product searches by 2020.

Video. Enter Amazon Prime, with 70M+ US subscribers US; With Prime came Amazon Video. We know based on the reviews that Netflix is still ahead of Amazon Video (based on 4-5 star unique content) and  viewer base (Comscore 2017). However Amazon is investing $4.5B in content – more than NBC, ABC & HBO combined. While it’s less than Netflix’s investment (by $1.5B), video is Netflix’s sole business model vs Amazon Studios/Video, where video is bundled for “free” with Prime membership.

Technology: Amazon is angling to become synonymous with the Voice Activated Internet. Of course, a few technologies haven’t panned out for Amazon (Fire Cellphone; arguably, the Fire Tablet) so for handheld technology, Amazon can be hit-or-miss.  But Kindle was a success, and they are clearly onto something with voice technology. Amazon pioneered the space with Amazon Echo and already has 70% of this market. It is predicted that voice shopping will grow to $10B by 2020, that’s only 2.5 years from now.

Cloud storage and computing: Amazon stumbled into something that they might not have originally planned to be a core competency, but clearly is now; and while they could have partnered with Microsoft, Oracle or Google, they decided to build it themselves. They now control about 70% of the cloud computing market.

Physical retail. They opened Amazon Bookstores. Funny, because if you recall, Jeff Bezos started Amazon to sell books online – which put traditional bookstores out of business. So, the pendulum swings but with a different approach. Jeff and team realize that now everything in every market is going to go virtual and there is a lot to be said for face-to-face customer interactions – beyond using CRM algorithms to predict everything. In these environments, they are experimenting with Amazon Go, where you can shop the store and walk out with your products and never have to wait in line.

Whole Foods: Amazon can bring amazing efficiencies to Whole Foods. Whole Foods can elevate Amazon’s reputation in fresh produce, meats, etc. With the right user experience, the two could massively accelerate the eCommerce business in perishables – which has not really been done in major scale yet. Many have tried, but lose tons of money in the process.

This chart illustrates the size of each market that Amazon either leads or disrupts: 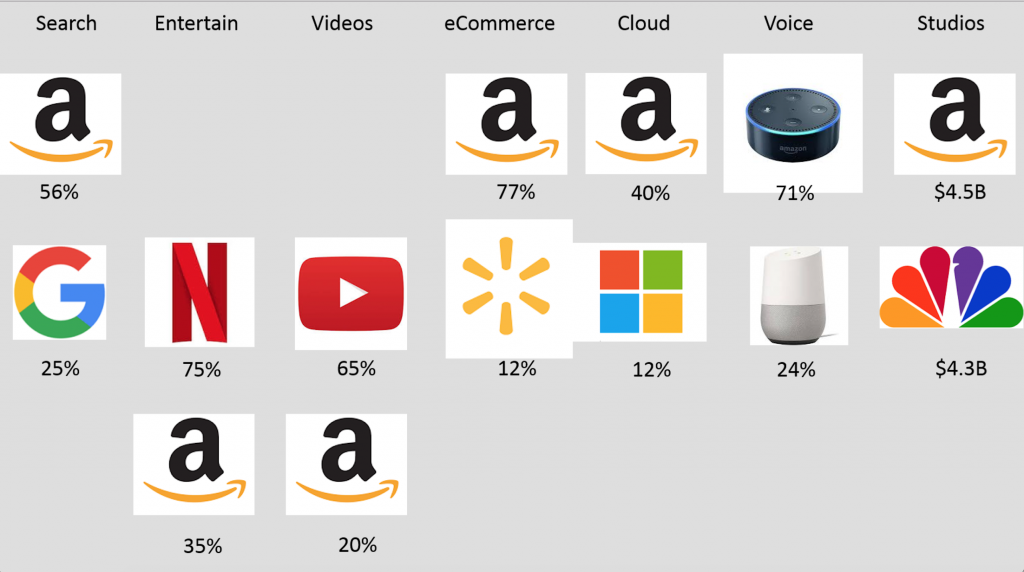 So what now? Now is the time where – like Nike – you start to craft new partnerships for the new, Amazon-shaped world. If retail and/or ecommerce is the foundation of your profits, ask yourself where consumers want you within this new ecosystem – where they’ll look for you, ask for you, discover you. Oh, and do so quickly, before Amazon finds or manufactures other brands to fulfill those consumer demands.

Amazon may not run the world, but they’re one of the clearest visions for where it’s going. Be a part of the picture.