Back in January, Ingersoll Rand appointed Young & Laramore as agency of record for its Trane and American Standard Heating and Air Conditioning brands.

Now the independent Indianapolis-based agency has completed its first campaign for the Trane brand, entitled “Tested to Run.” A series of spots stress the brand’s rigorous testing and hardworking engineering teams constantly striving to improve Trane products. Despite the change in agency and creative strategy, the brand’s “It’s hard to stop a Trane” tagline remains, however.

The campaign will roll out nationally in September, including broadcast spots on networks including HGTV, CNN, MSNBC, ESPN and Discover. Online video partners include The New York times, Wall Street Journal. Bloomberg, CNN, CNET and Huffington Post and the campaign will also include print (see below), OOH, radio, digital and social initiatives.

“When our team visited the plant in Tyler, Texas to see the extreme testing situations that Trane puts its products through, we couldn’t wait to find a way to present these compelling scenes in a campaign,” Young & Laramore president and chief strategy officer Tom Denari said in a statement. “From extremely frigid temperatures, to flooding, to severe impact, these tests truly pay off why Trane is so reliable.”

“This has been a great adventure, and in a sense, a true honor helping evolve a globally iconic brand,” added Ingersoll Rand director of brand and marketing communications, residential HVAC Brian Welborn. “The fact is, no one tests like we do. And the reality is, it’s our people and their beliefs that continue to push Trane. The Y&L team did a great job of capturing that idea, and breathing fresh life into it. 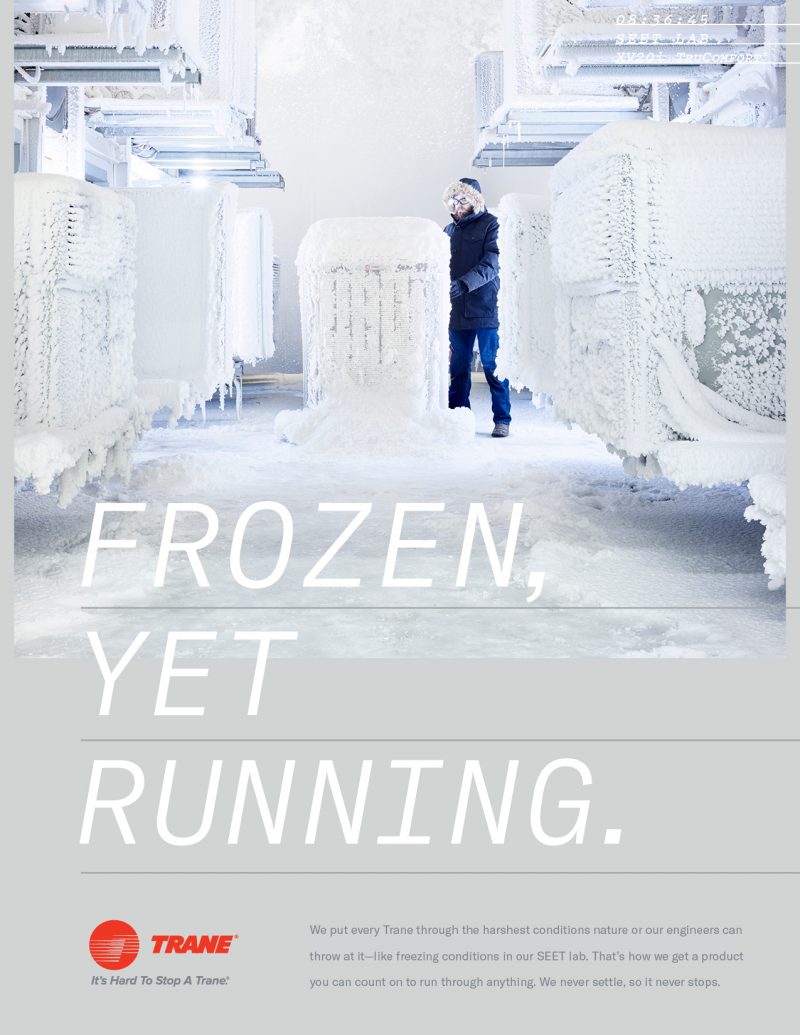 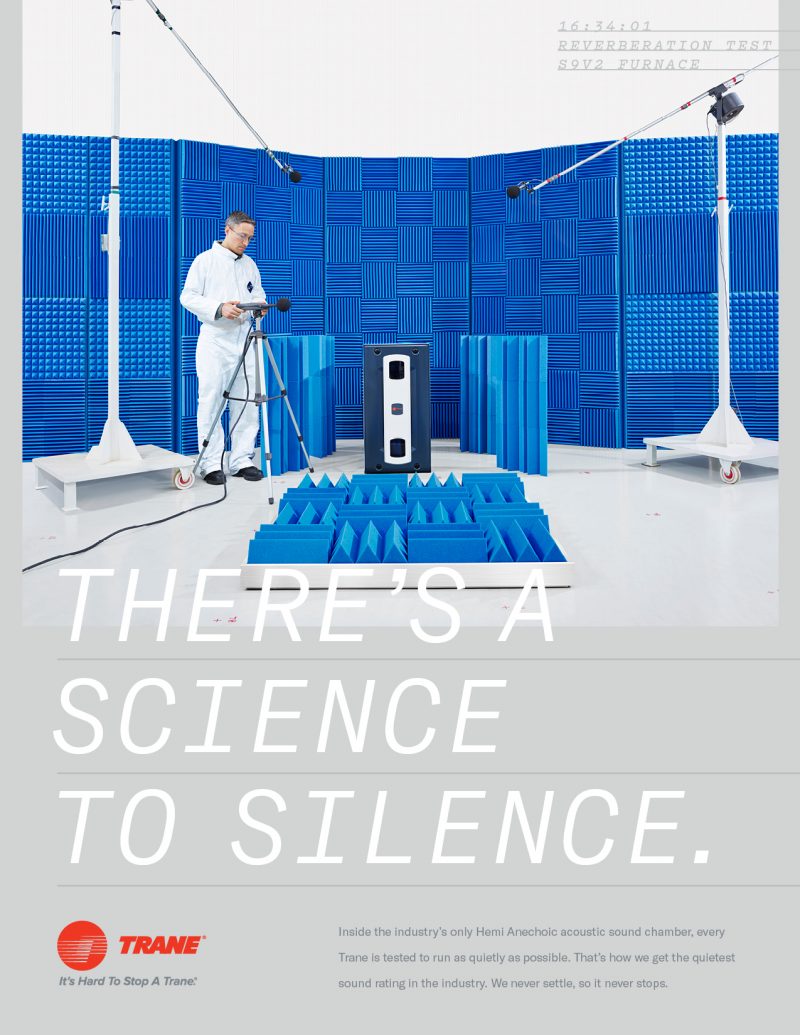