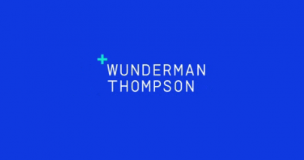 Wunderman Thompson—the WPP agency formed through the merger of Wunderman and J. Walter Thompson—cut between 20 and 25 of its employees in New York, people close to the business told AgencySpy.

One of those people said the effort affected people in mid-level “redundant” roles stemming from the merger. The person added that the layoffs affected employees of the former Wunderman and JWT “pretty” equally.

A spokesperson for Wunderman Thompson confirmed the layoffs but declined to provide any additional details.

“As our industry evolves, we are reshaping Wunderman Thompson as part of our overall business strategy,” Wunderman Thompson New York CEO Joe Crump said in a statement. “We are sad to part with some of our colleagues but deeply thankful for all of their contributions.”

The layoffs began on Wednesday and were completed today, according to the sources.

WPP CEO Mark Read‘s decision to merge the oldest ad agency in the world and the lesser-known entity that pioneered direct marketing late last year is part of his overall strategy to pair traditional creative with digital savviness. The move followed Read’s earlier decision to combine VML with Y&R to form VMLY&R.

What current and former employees of the WPP agencies have pointed out about the differences in the two deals is that VMLY&R felt more natural—the two agencies have similar cultures and they had already been collaborating before the merger. People close to the business at Wunderman Thompson said there’s been a power struggle of sorts between the digital shop and the storied agency—the creative department of what had been JWT now has less sway with management. One person attributed former JWT New York chief creative officer Ben James recently leaving to become the New York Times’ first head of creative to these internal issues happening currently within Wunderman Thompson.