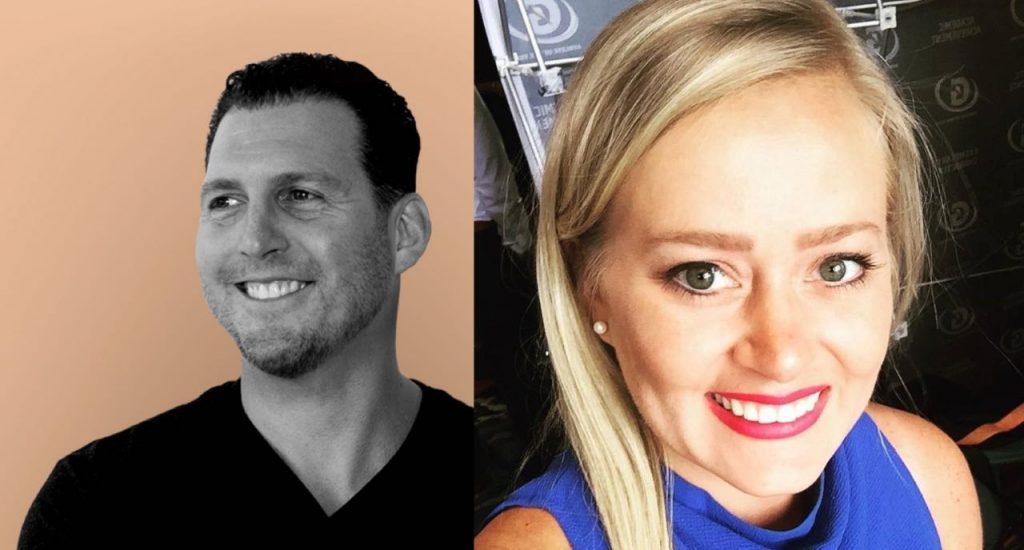 Nathan Denton will fill the former role after serving as partner and managing director of creative services at Chicago agency One North Interactive. Meghan Decker arrives at Mirum in the director of social position from Omnicom PR firm FleishmanHillard, where she managed influencer work and managed that portion of the Lowe’s account.

The two will work across major Mirum clients, “including a Fortune 6 healthcare company” whose name you will now attempt to guess.

“Mirum is constantly pushing the digital needle,” said Denton, who has worked as an art director at several Chicago-area agencies including Ogilvy and ran his own design operation (portfolio here). He added that he looks forward to “leading and building upon the excellent creative team we already have in place.”

Decker cited the network’s “huge investment in the social and influencer realm” in explaining why she accepted the role. The incoming social lead, who previously worked at Campbell Ewald and Ignite Social Media and Chrysler, will be based in Chicago while Denton relocates to the larger Minneapolis office to run the Mirum creative team.

U.S. CEO Amanda Seaford described the creation of these new roles as “a result of Mirum’s continued commitment to global expansion,” stating that they will help “fortify Mirum’s credentials amongst the best brands on the planet.”

The agency appears to have largely avoided the growing pains of Wunderman Thompson, which has gone through multiple rounds of layoffs since Wunderman and JWT officially merged in early 2019. Various parties say Mirum is less directly tied to that agency’s operations than an organization like Possible, which is now integrated into WT’s headquarters in Manhattan.