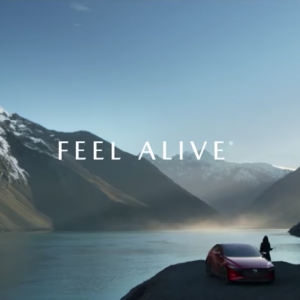 Garage Team Mazda or The Garage, the WPP agency established to serve that automaker in 2010, parted with a number of staffers this week.

According to several parties who reached out to us, the move came due to a significant reduction in scope of work by the client.

“Mazda is aligning its operations to deliver business growth and support its customers on the path toward premium,” said a Mazda spokesperson. “We can’t speak to the agency’s operation, but we appreciate Garage Team Mazda and its efforts to support our business.”

We’re told that this is the second such round to affect the agency’s Orange County, California headquarters in the last two to three months.

“Garage Team Mazda is the bespoke and dedicated agency to Mazda. As client’s needs change, agencies evolve with them,” said Garage evp, general manager Brad Audet. “For Garage Team Mazda, this evolution has resulted in the agency eliminating some positions while adding new capabilities in other areas.”

Neither party addressed specific claims regarding the number or nature of employees who were let go. Our sources said this week’s shift fell across departments and included the agency’s chief creative officer as well as its head of production, at least one producer and three project managers. The CCO did not immediately respond to a request for comment.

In terms of the reasons for this move, one might find a clue in Mazda’s most recent earnings report.

Earlier this month, the Tokyo-based automaker reported a somewhat surprising 43% drop in operating profit and net income for fiscal year 2018. Executives attributed this slide to several factors including a supply-side disruption caused by bad weather in Japan, exchange rates that saw the yen decline next to the dollar, and an increasingly expensive effort to overhaul U.S. retail operations, along with “falling global sales” and “increased marketing expenses.”

Oddly, this news came only four months after the same company logged a 3.7% increase in total vehicles sold during the last calendar year (though it still saw a small drop to end 2018).

The “Feel Alive” campaign, an effort to position the brand as younger and more upscale, launched last year. Here is the most recent big-budget effort from Garage, which debuted last month during the NCAA playoffs.