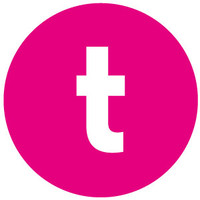 WPP has gone through another sort of reorganization this week, moving to fold its internal tenthavenue division and retire that name altogether.

Campaign first broke the news yesterday, and now the organization’s page leads to a 404 message.

“As part of our wider plan to simplify WPP and make it easier for clients to access our capabilities, the tenthavenue holding structure and brand have been retired. The agencies themselves are unaffected by this change,” said a holding company spokesperson.

The representative declined to elaborate or comment on news that tenthavenue CEO Rupert Day, who was formerly global COO at media network GroupM, has left WPP.

Another party close to the matter reiterated that the goal is simplification, with Kinetic, the largest agency formerly under the tenthavenue brand, now reporting up through GroupM. This party said that the leaders of these organizations, such as Kinetic global CEO Marc-Antoine De Roys, will continue to run their businesses as before.

In an apparent sign that GroupM will allow Kinetic to keep growing, the agency launched its new Canadian division yesterday.

The idea is to further integrate OOH into the rest of WPP’s media planning and buying operations, especially as even outdoor advertising becomes increasingly digital and reliant on data. And the move appears to have been in the works for some time, as tenthavenue has not made any public posts or announcements for several months.

Find out what these #grocers are cooking up to keep consumers connected and engaged outside the shops: https://t.co/NDBAMvNKh2 #ecommerce #clickandcollect

In addition to Kinetic, the group included Joule, Candyspace, Spafax, Forward, Shopper2Buyer and TMarc and employed around 1,000 people (it is unclear whether any of these employees beyond Day himself will be leaving). It was based in London with offices in New York and Singapore.

Day launched tenthavenue eight years ago in an attempt to give Kinetic “access to new services and agencies, allowing it to offer clients a more integrated offering.”

This looks like part of CEO Mark Read’s ongoing attempt to reorganize and cut some fat from the WPP organization around the world. GroupM declined to comment.