NEXT:Shaq, Translation Hype the NBA Playoffs as 'Larger Than Life'
PREVIOUS:The VIA Agency and Three Olives Vodka Invite You to 'Find Otherness' 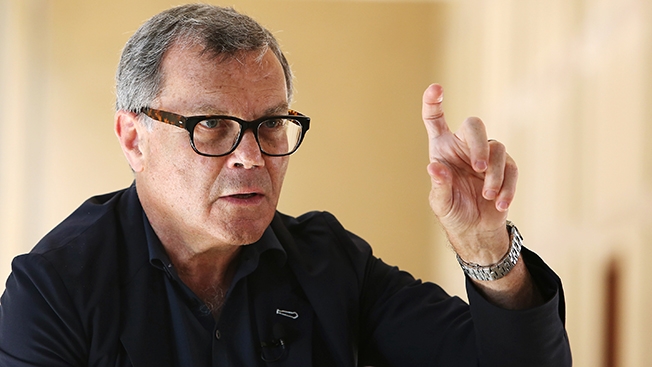 Sir Martin Sorrell makes a lot of money. You know this. Everybody knows this.

As The Wall Street Journal noted back in 2014, he makes considerably more than all the other holding company CEOs when bonuses, stock options, etc. are considered. And that was the year before he pulled in a whopping $99 million (the vast majority of which was, again, not his base salary).

This time, however, WPP investors have had enough.

This morning Bloomberg reported that the company has moved to limit his overall compensation for 2017 to a mere $19 million, a 22 percent reduction. (These numbers are convoluted because of share price appreciation plans that boosted his overall take in 2015 and 2016 to approximately $99 million and $62 million, making him the highest-paid executive in England.)

Last summer, WPP made headlines yet again by approving the nearly $100 million bundle. At that time, Hood countered, “while the value of Sir Martin Sorrell’s award is very large, it was the result of an outstanding set of returns to share owners.” In 2016, Sorrell defended his pay in an interview with CNBC, saying: “Over that 31 years [that I’ve been with WPP], we’ve gone from £1 million capitalization to £21 billion… I make no apologies for the success of that business…over that period of time I’ve not sold any shares.” CNN estimated that, because of the aforementioned bonus program, Sorrell was making 1,444 times as much as the average WPP employee.

Now, assuming the mean salary remains at $62,326, he makes only 336 times as much as that lowly account manager. But that’s before considering the share price appreciation plan.

Today AdAge also reports that WPP insiders have been told to limit agency expenses … and yes, that includes Cannes.

But don’t get mad at Martin. He’s still not nearly as rich as Mark Zuckerberg or the soon-to-be richest man ever, Jeff Bezos. And he has a young one to support.