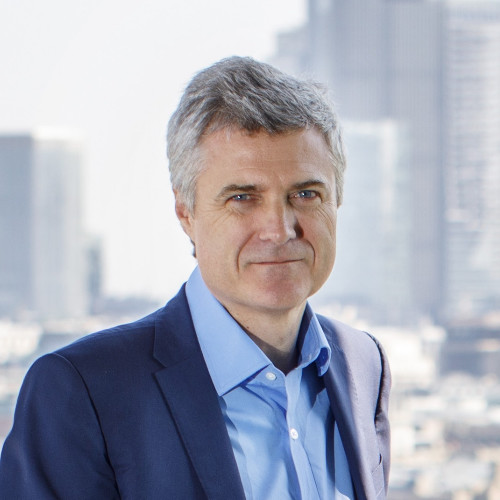 WPP CEO Mark Read wrote an internal letter published on LinkedIn yesterday which addressed the police killing of George Floyd in Minneapolis on May 25, systemic racism and his commitment to taking action within WPP, as well as pushing for change outside the organization.

“WPP’s purpose is to build better futures for our people, clients and communities. We can’t be true to our purpose without supporting our Black colleagues, or without acknowledging their pain and the injustices they continue to face. Racism has no place in society and no place at WPP,” opened the “Supporting Our Black Communities” message.

“The killing of George Floyd and other racially motivated incidents have created a wave of hurt, outrage and protest. They should not, however, have come as a shock—they are only the latest manifestations of the systemic unfairness and prejudice that Black people have to contend with day in, day out, throughout their lives,” states the post.

Read then explains that the message follows WPP’s first “‘safe room” town hall for U.S. staff, which was hosted by head of culture Judy Jackson and featured panelists from across the company, adding, “It will not be our last.”

With about 1,000 WPP employees taking part, it provided them the chance to “process recent events, share thoughts, fears and reactions, and discuss actions we can take to address inequalities.” Another session will follow on Thursday for those who were unable to join, Read said, adding that similar events will be held in other countries in the future as well.

Saying that he was “deeply moved by the heartfelt contributions of the panelists and candid comments from participants,” Read added, “It is shameful that members of the Black community still feel they do not fully belong in our industry, and as a leader of that industry I have to accept my responsibility for that situation—and my responsibility to change it.”

Read referenced participants who voiced how important it was for leaders to check in on people right now and for everyone to voice support for the Black community.

“What is equally clear, though, is that voicing support and acknowledging the issue is not sufficient,” Read said. “Our focus needs to be on action—and not just today,” referencing a panelist who voiced concerns about what would happen once the issue was out of the news cycle.

To that end, Read announced the formation of the global WPP Inclusion Council, which will advise Read and the WPP executive committee. The WPP Inclusion Council will be tasked with “developing a coherent approach that each of our agencies can follow, so that we can track progress centrally and ensure that it extends across WPP.” Read acknowledged that this was just an initial step, adding that WPP needs to take further “fundamental and concrete action if we are truly to create change,” while citing “racially diverse leadership teams at the top of the organization” as a key goal.

“The global Inclusion Council will not be a siloed ‘HR’ initiative but the basis for a set of commitments that will apply throughout the company and for which leaders will be held accountable,” Read stressed, noting that it will build on the experience of WPP’s U.K. Inclusion Board led by country manager Karen Blackett, who also serves as the U.K. Government’s Race at Work champion.

Read added that WPP has a broader role to play beyond its organization as well, through its work with clients, citing a “responsibility to make sure our work never feeds prejudice, and an opportunity to tell the stories of inclusion that educate, enlighten and inspire.” He said that he is writing to the CMOs of major WPP clients to stress the holding company’s commitment to action and ask what more they can do together. He also cited a need to be “good neighbors to the communities in which we live and work” and announced upcoming work from cross-agency teams in Chicago and Detroit addressing inequities associated with the coronavirus pandemic.

Read called on employees to email him with any questions, suggestions or comments, or speak to agency leadership or people teams. He concluded by saying, “I do not pretend to have all the answers, but I am committed to building a culture of belonging at WPP, and to redoubling our efforts with our people, our clients and our communities to make a difference.”

Read became the latest holding company CEO to share messaging around issues of racism sparked by the recent police killings of George Floyd, Breonna Taylor and others.

Michael Roth sent out an internal memo on Monday discussing IPG’s responsibility to fight systemic racism, after previously touching on the subject in a message otherwise devoted to IPG’s reopening strategy last Friday.