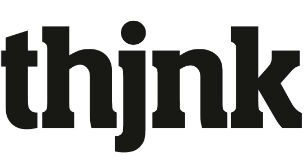 As he alluded to post-Brexit, Sir Martin Sorrell appears to be going after European agencies.

WPP has acquired German creative agency (and, presumably, all things lower-case enthusiasts) thjnk AG, More About Advertising reported. According to the publication, founding partners Karen Heumann, Armin Jochum and Michael Trautmann will continue to lead the agency as an “independent brand” under WPP, along with Ulrich Pallas.

As you may recall, Trautmann successfully pitched Bono at Cannes Lions event in 2014.

Founded in Hamburg in 2012, thjnk AG currently has offices in Berlin, Munich, Dusseldorf, Zurich and New York. The agency’s client roster includes McDonald’s, adidas, GlaxoSmithKline (GSK), Haribo and Paulaner (the Germany brewery founded in Munich in 1634) and Audi, for which they created this “Mechanics” spot in 2015. According to the agency’s website, it is now one of the top three agencies in Germany.