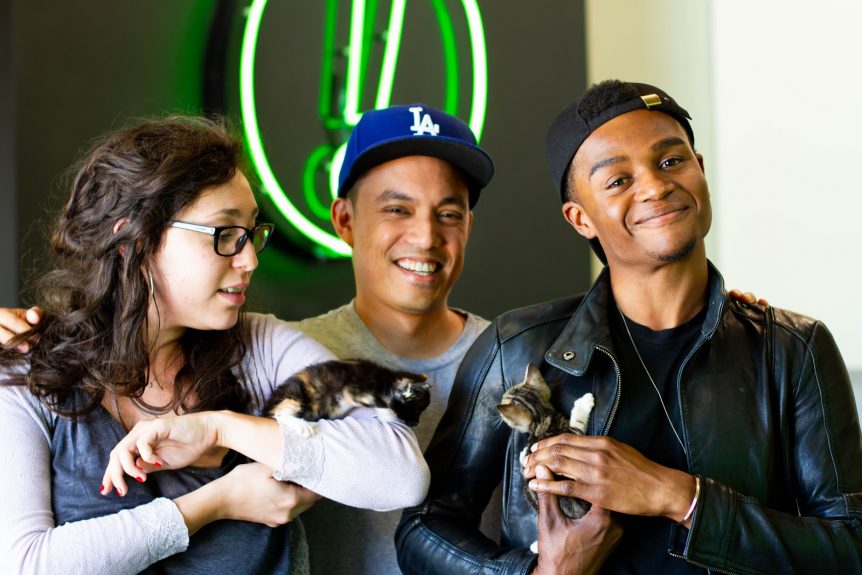 Wongdoody announced the hiring of three new employees to its Los Angeles office: copywriter and songwriter for Warner Music Colin Hodges, agency production studio vet CJ Cantara and Sophie Rudoff, who was promoted to a full-time position from shop temp.

Hodges will be contributing across Wongdoody’s accounts and new business efforts and hails most recently from Campbell Ewald. The agency said he has penned lines for brands such as Taco Bell, Kaiser Permanente, IHOP and Travelocity. Hodges launched his career in television production, spending time on The Dr. Phil Show, RuPaul’s Drag Race, The Rachel Ray Show and Bridezillas before shifting to the agency world.

Wongdoody is the “Beyoncé of creative shops” (indeed a top honor to be described as such), Hodges said in a statement. “So when the opportunity to work with a team of super-smart, super-talented people presented itself, I had a pretty easy decision to make.”

With 16 years of experience in graphic design, print production management and retouching skills under his belt, Cantara joins Wongdoody as a studio artist. He’s held stints at BBDO, Midnight Oil and Pitch, among others, and worked with brands including AT&T, Netflix, Nestle, Burger King and PepsiCo.

Rudoff is new to the agency scene but was working at Wongdoody as a temp before she just recently was promoted to full-time junior project manager. Wongdoody said she “wowed the agency with her British accent and work ethic” and couldn’t “imagine a life without her.” Rudoff will work closely with mom-dedicated practice June Cleaver is Dead and its Mother Board teams, managing day-to-day operations.

Oh yeah and the L.A. office also adopted two kittens, Wong and Doody, who the agency said will “bring their expertise in cuddling and snuggles,” because why not?