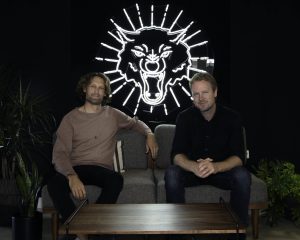 Wolfgang, the Mark Penn-backed creative consultancy that last made headlines earlier this year for winning Truecar and Panda Express, has grown a bit since being launched by David&Goliath vets in early 2017.

Today the L.A.-based entity announced the hires of Matthew Woodhams-Roberts and Dave Horton, who come as a team. The duo were previously at TBWA\Chiat\Day, where they worked on Netflix, Uniqlo and Intel, and 180LA, where their clients included Expedia, Boost Mobile and Adidas.

The press release strongly hints at Wolfgang’s identity as an agency hybrid.

“It’s no secret that things are changing, and agencies, production companies and even clients are trying to figure out what the future of creative problem solving looks like,” said Horton. We’re excited to join a place that’s built to move faster and more efficiently.”

Woodhams-Roberts, for his part, said Wolfgang is “clearly gaining momentum with recent wins.”

CCO Colin Jeffrey called the incoming CDs “smart” and “strategic.” “They understand what it takes to make great creative,” he said, “but more importantly they are here to help us develop a more efficient and effective process, one that’s custom built for today’s needs.”

The 24-strong team makes things in a more streamlined way, they say, thanks to the magic of innovation and efficiency on the production front.

But they still do classic old school advertising. Case in point: