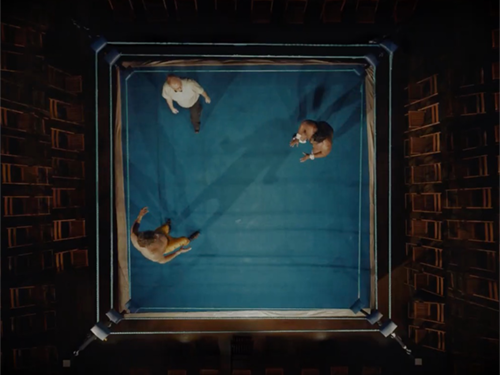 When the pandemic first appeared to be a serious health risk early last year, the Oregon Health Authority used its best blunt tone to send up red flag warnings, well, yellow to be more precise.

“Don’t accidentally kill someone. Stay home, save lives,” read the ads, in their best hipster Chicken Little tone. It was a surprisingly direct message in a place where getting to the point can sometimes take far too much time.

Now that we’re a year into social distancing and all the quarantined no-fun that has gone along with it, the Oregon Health Authority, with help from Wieden+Kennedy, has softened its tone a tad. Now, the agency adds humor and a Northwest helping of thanks to those who have been vigilant about distancing and mask-wearing in the beaver state. And it appears as though it’s resonating, with Oregon faring better than many others in the republic.

Three short films (smartly shutting off comments on YouTube) exist under the “Practice Safe Socializing” bumbershoot and are little slices of Oregonia peppered with the state’s tried and true passive-aggressive tone. They still advocate strongly for social distancing efforts but know that a little massaging of the messaging goes a long way there.

“Thank You, Baby Shower-ers” shows a group of women outside at a baby shower in the middle of an Oregon rainstorm, their makeup streaming down their faces as the cakes melt and presents float away.

“Thank You, Fisherman” finds the fishing crew of the vessel, The Codfather, tossing a crew member overboard (safely into a lifeboat, because this is Oregon, not Philly) because there can only be gatherings of six.

And “Thank You, Wrestlers” has a couple of tough guys circling in the ring without grappling because they can’t get closer than six feet. All conclude with the campaign’s “Practice Safe Socializing” tag.

The films, produced by W+K Studios and directed by Jocelyn DeBoer and Dawn Luebbe, gently urge people to keep their efforts up throughout the rest of the pandemic and air on broadcast, online and social channels.

Also, three Oregon-based photographers—Mason Trinca, Anthony Blasko and Neil DaCosta—traversed the state and captured portraits of a diverse group of Oregonians proudly wearing their masks, which will be featured across billboards and social media.