The same could be said for TurboTax’s latest campaign from Weiden + Kennedy. The ads are certainly very good, but we were just waiting for a little extra “oomph.” And here it is in two new ads that drive home the idea of “free,” in an incredibly overt way: by using only that word throughout the ads.

Campaigns like this can be like an onion (see: Geico, and look what happened there), peeling away layer after layer to reveal—well, it’s still an onion, but you get the point.

The two latest chapters of the series feature an older couple working on a crossword puzzle (hint: all of the words are “free”) and a 70s-style gameshow in the same vein as the $25,000 Pyramid (again, nothing but “free” as the clues and answers). You’ve gotta give the brand and agency credit for somehow making a single word work, and it will be interesting to see where it all goes from here.

Adding to the fun, the brand published the “free” crossword puzzle across the New York Times in print (cleverly, adjacent to the real crossword puzzle), on the web and in the app. 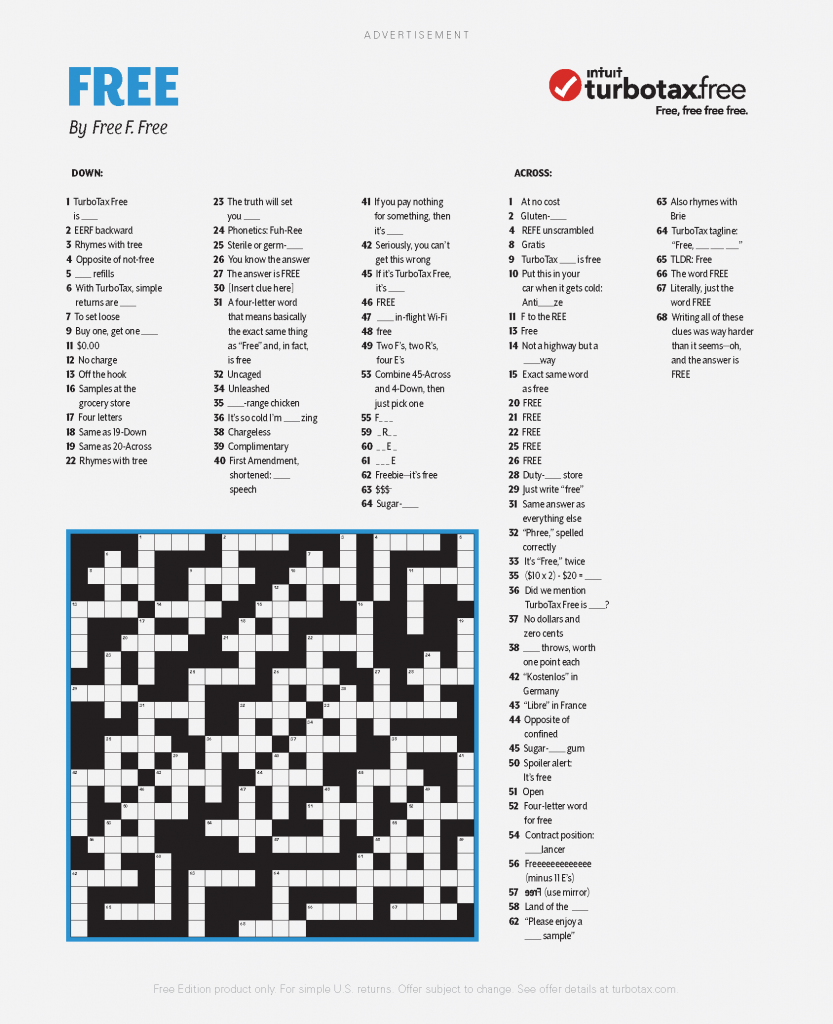 Yeah, we get it. It’s free. And this campaign is starting to grow on us.